If you’re trying to build a great wardrobe, your first step needs to be finding the very best underwear for men. Underwear is the first thing you put on, the last thing you take off, and the one garment that gets closer than any other to your, uh, prized possession. More than you know, the wrong pair could throw off your whole day—or worse, your whole fit. (Ain’t nobody got time for bunching and chafing!) It’s for those very reasons that we firmly believe that guys (yes, you) should spend a few extra dollars for top-quality skivvies when re-upping their underwear drawers.

To put it in precious cargo terms, going budget on your underwear is like buying a car seat based solely on the lowest price (i.e. don’t do that). So break up with whatever shrink-wrapped eight-pack you’ve been buying, because a proper underwear restock requires the good stuff. We’re talking quality fibers that move with you whether you’re shifting weight at a standing desk or going beast mode on some kettle bells. We’re talking a cut that’s both comfortable and flattering. And we’re talking about a design that won’t raise an eyebrow in the locker room or when your third date goes really well. That might sound like a lot to look out for in a simple pair of undies—and it would be, if we hadn’t already done all the looking for you and settled on these 17 unassailable pairs for every taste and body type. Here’s the best underwear for men. 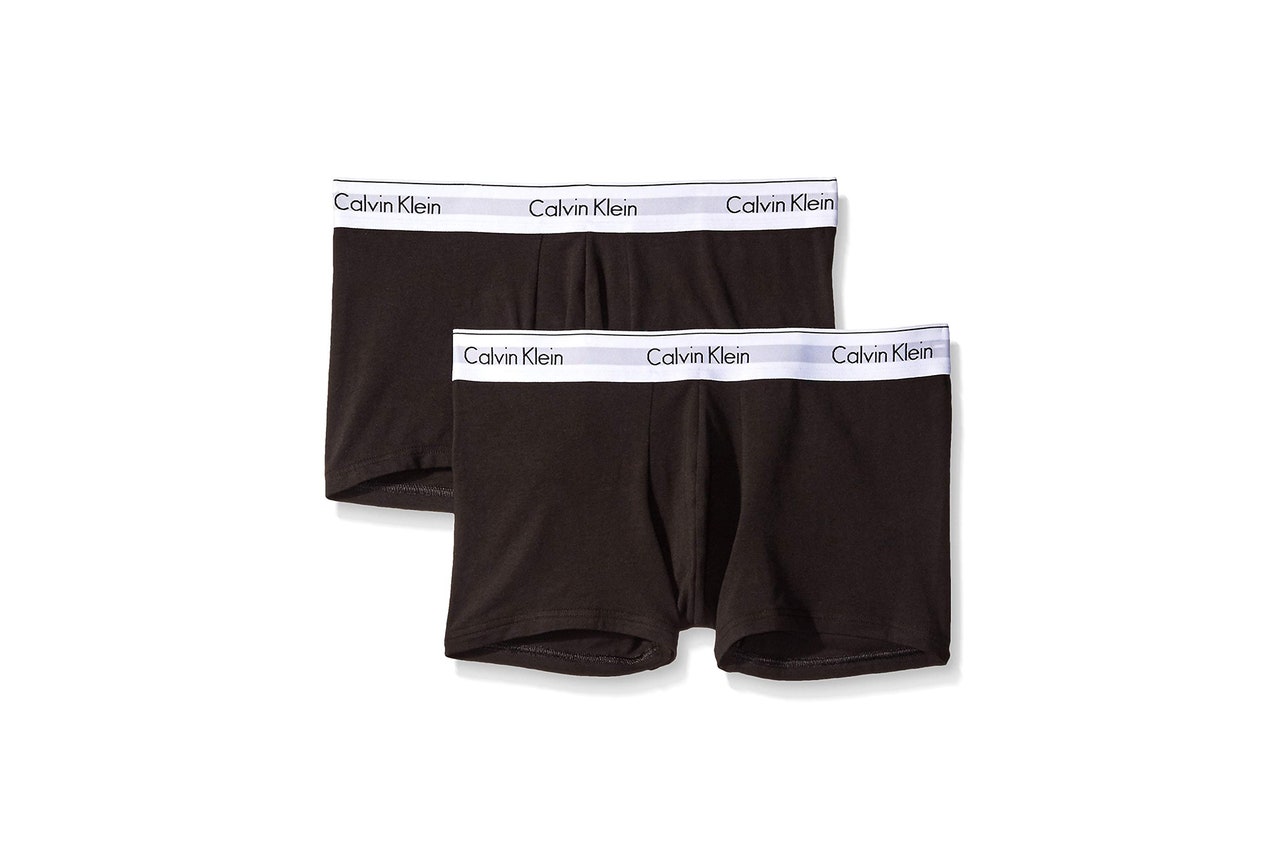 The best men’s underwear that covers all the bases we just listed above? It still comes from the brand that changed the men’s underwear game in the first place: Calvin Klein. The American designer’s foray into men’s undergarments turned them from something guys had to wear to something they wanted to wear (and okay, yes, still had to) and maybe even wanted to show off. Plenty of it had to do with those ads, but most of the change happened because Klein and Co. started cutting them way guys wanted to wear their underwear (read: not at their belly button). Cue the now-standard-issue below-the-navel stance, the wider waistbands (and yes, the logos on those waistbands), and the idea that underwear should show off your goods, not hide them. Add to that a super soft cotton blend (with just the right amount of stretchy elastane), a waistband that’s equal parts robust and comfy, and a price (for two pairs!) that’s tough to beat, and you get an iconic pair of trunks that won’t be relinquishing its throne anytime soon. 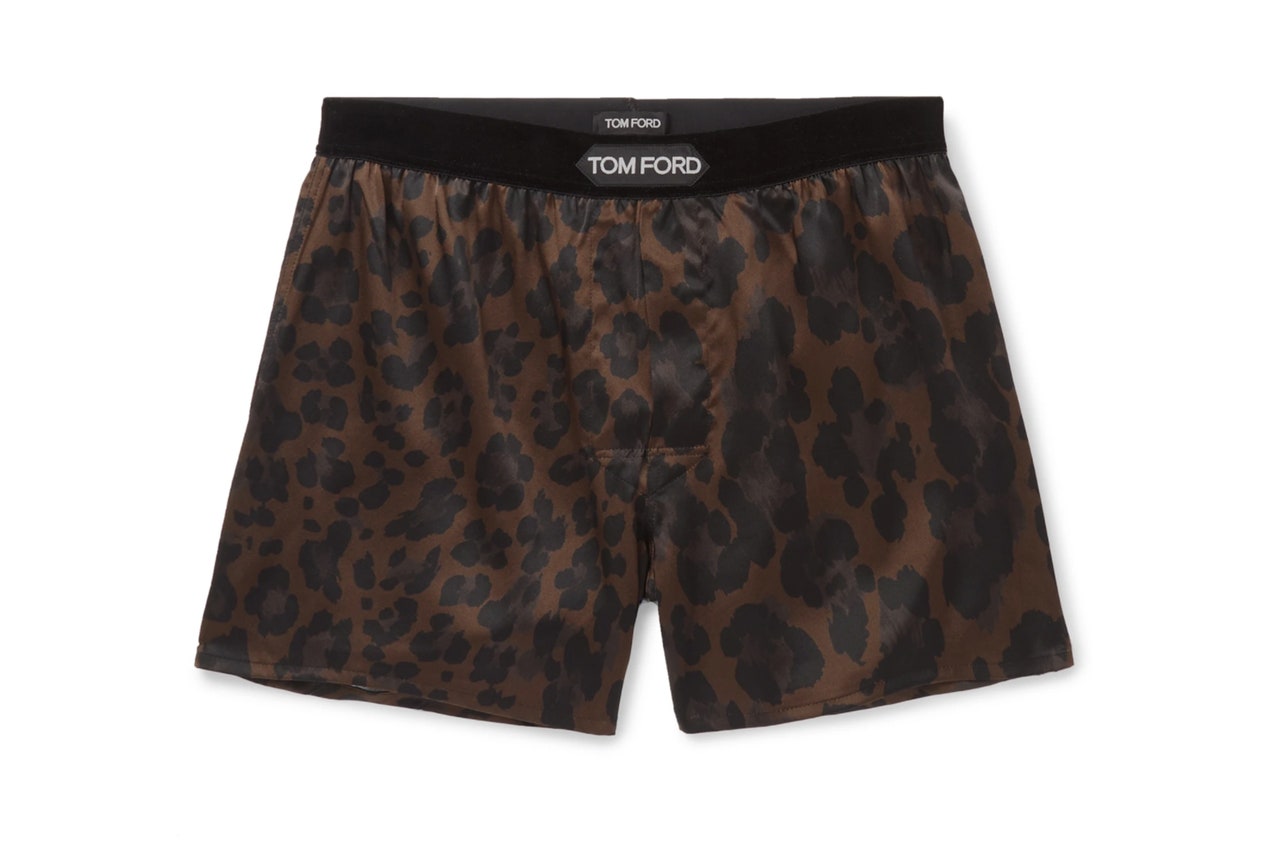 If you’re looking for an extra-special pair to keep aside for your steamiest nights, you go to Tom Ford—a menswear god so inherently sensual he famously doesn’t wear underwear himself. “Let’s say you’re going on a date,” Ford told GQ‘s Mark Anthony Green back in 2018. “When you take off your pants, you want it to be kind of a great moment—which of course it will be when you take off your underwear. But before you get to that point, why wouldn’t you want silver metallic underwear? Or zebra? Or leopard? Or something a little crazier?” It’s hard to argue with that logic, especially once you see his signature skivves up close. The leopard print is rendered in pure silk, with a touch of equally luxe velvet at the waistband—and it’s a boxer short, a cut we might not normally advise, but it’s a Tom effing Ford boxer short, so it feels sexy and just plain works. And it’s guaranteed to make for a unforgettable moment anytime you’re lucky enough to show ’em off. 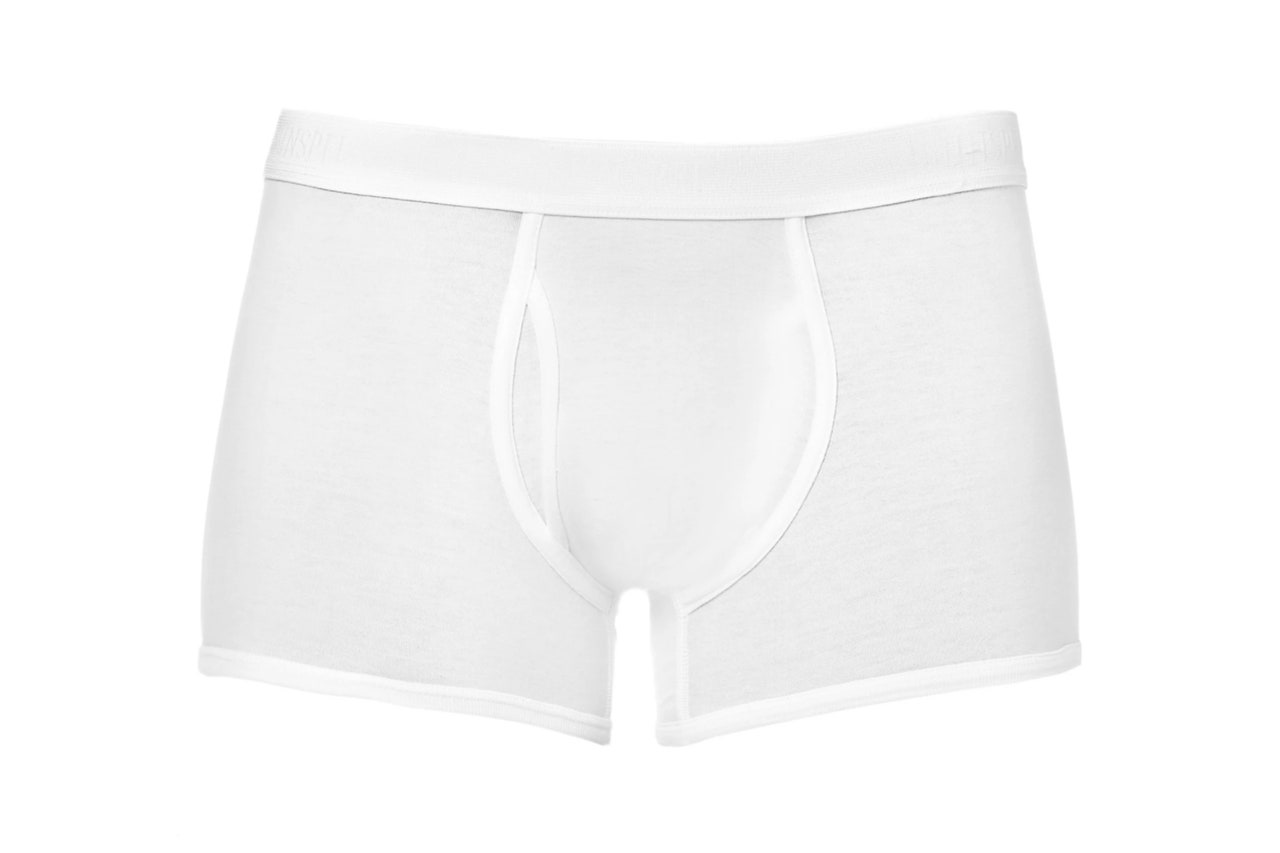 For going on 160 years now, U.K. outfitters Sunspel have been turning out some of the finest cotton goods on the planet: they invented the T-shirt, perfected the polo, and, to the surprise of no one, make a damn good pair of underwear, too. There’s something about crisp white undies that just feels practical, honest and true—and these boxer briefs live up to that billing. The jersey cotton fabric they’re cut from is soft and light, the elasticated hems keep them sturdy and fitted, and the fly-front pouch makes for easy, button-free access when it’s time to hit the bathroom. Just one more notch in the belt for the storied British maker. 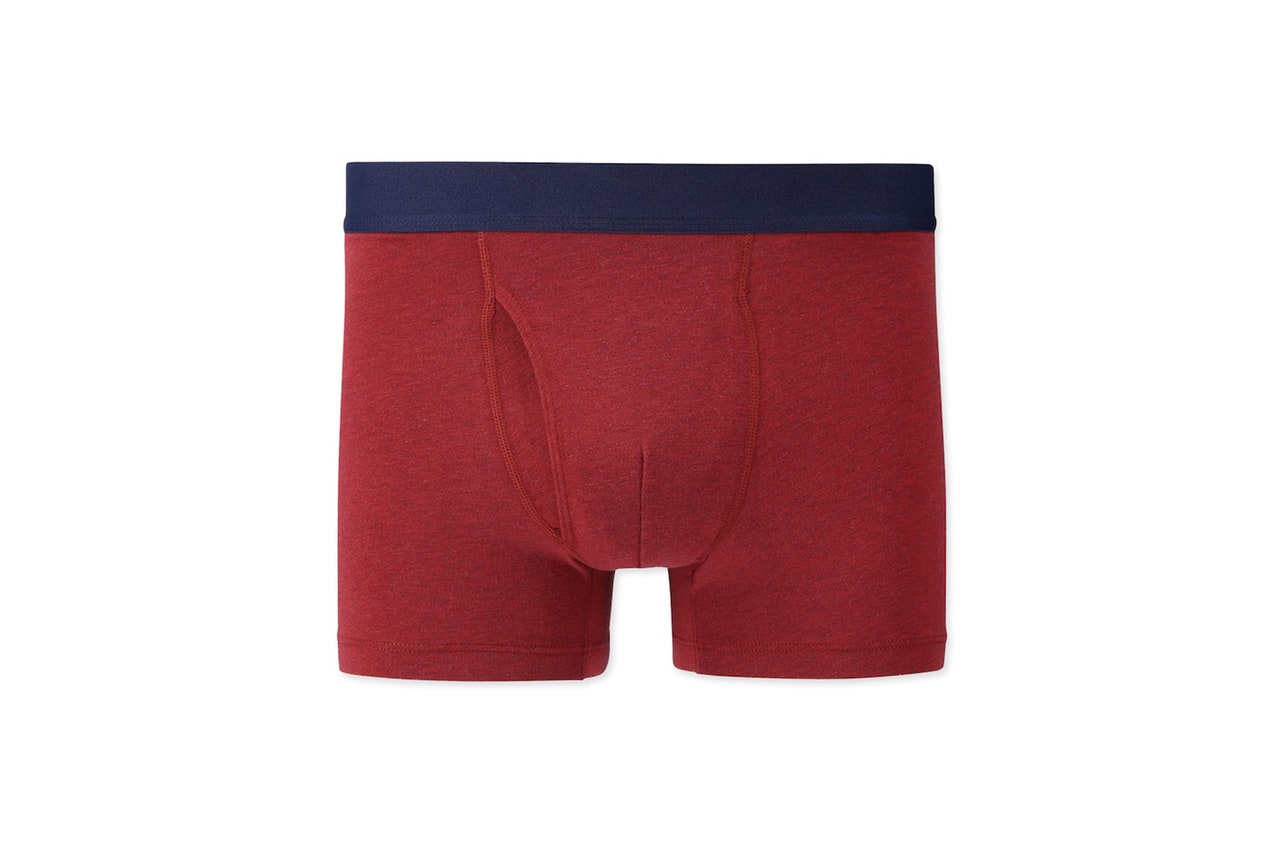 Remember earlier, when we said not to go budget when it comes to underwear brands? Well, as per usual, Uniqlo is the exception to that rule. If you really don’t have funds to spare but desperately need to overhaul your drawerful of drawers, you won’t find a better deal than these Supima cotton boxer briefs: $6 indvidually, $10 for two. Will they last as long or feel as good as the CK numbers we recommended? No. But they’re a third of the price and will do the job plenty well until you can afford to upgrade. 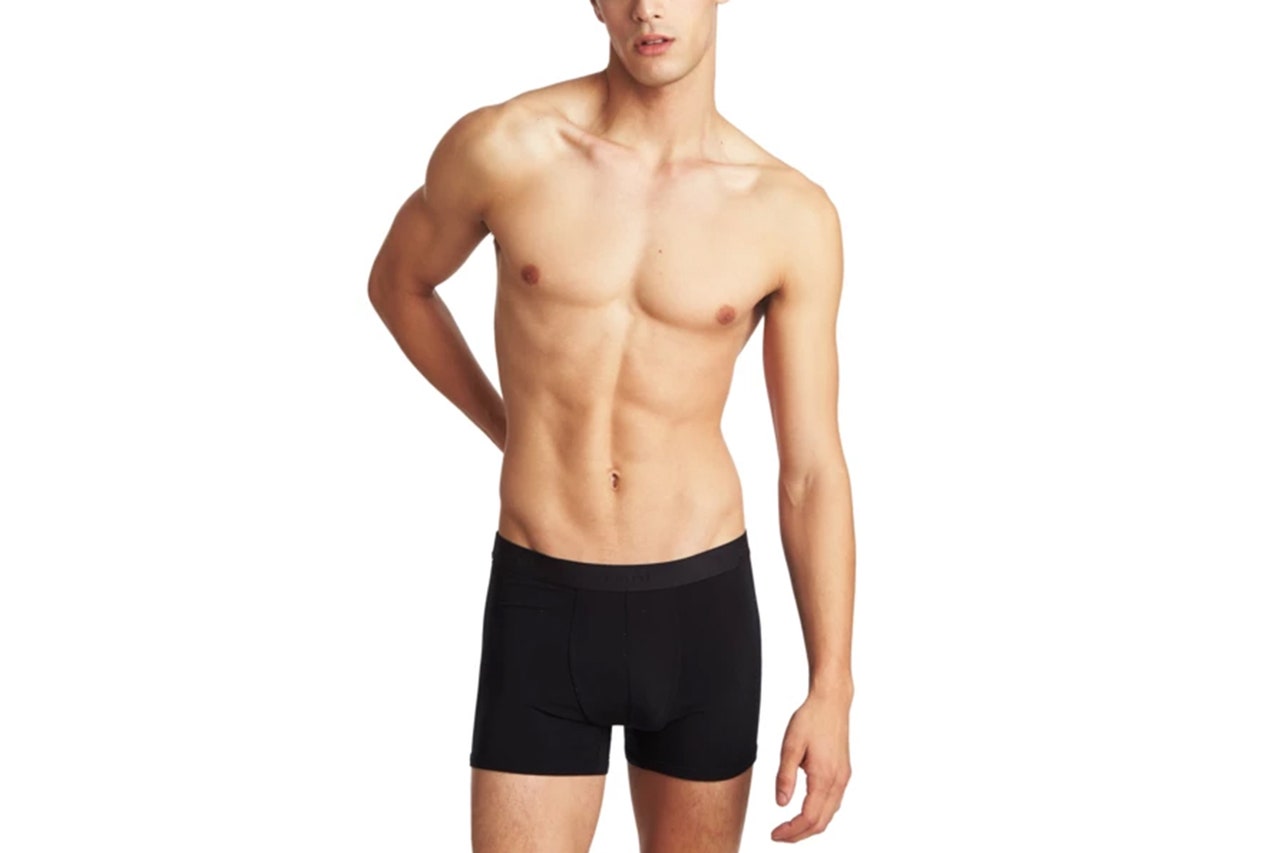 If lightweight underwear is your thing, then these trunks are for you. Tani is in the business of underwear innovation and coming up with new ways to make underwear that feels like you’re not wearing underwear. These trunks are crafted out Micro Modal AIR, which, as the name suggests, is an extremely lightweight fiber made from beechwood and mixed with a healthy bit of stretch elastane (13%). The result is underwear that’s smoother and silkier than our top pick, but less of an all-purpose workhorse. The semi-synthetic blend is also the reason these trunks don’t have any hems at the thighs; the fabric can be cut without fraying, so the leg openings lay flat (flatter than any other pair on this list).

12 More Pairs of Underwear We Love 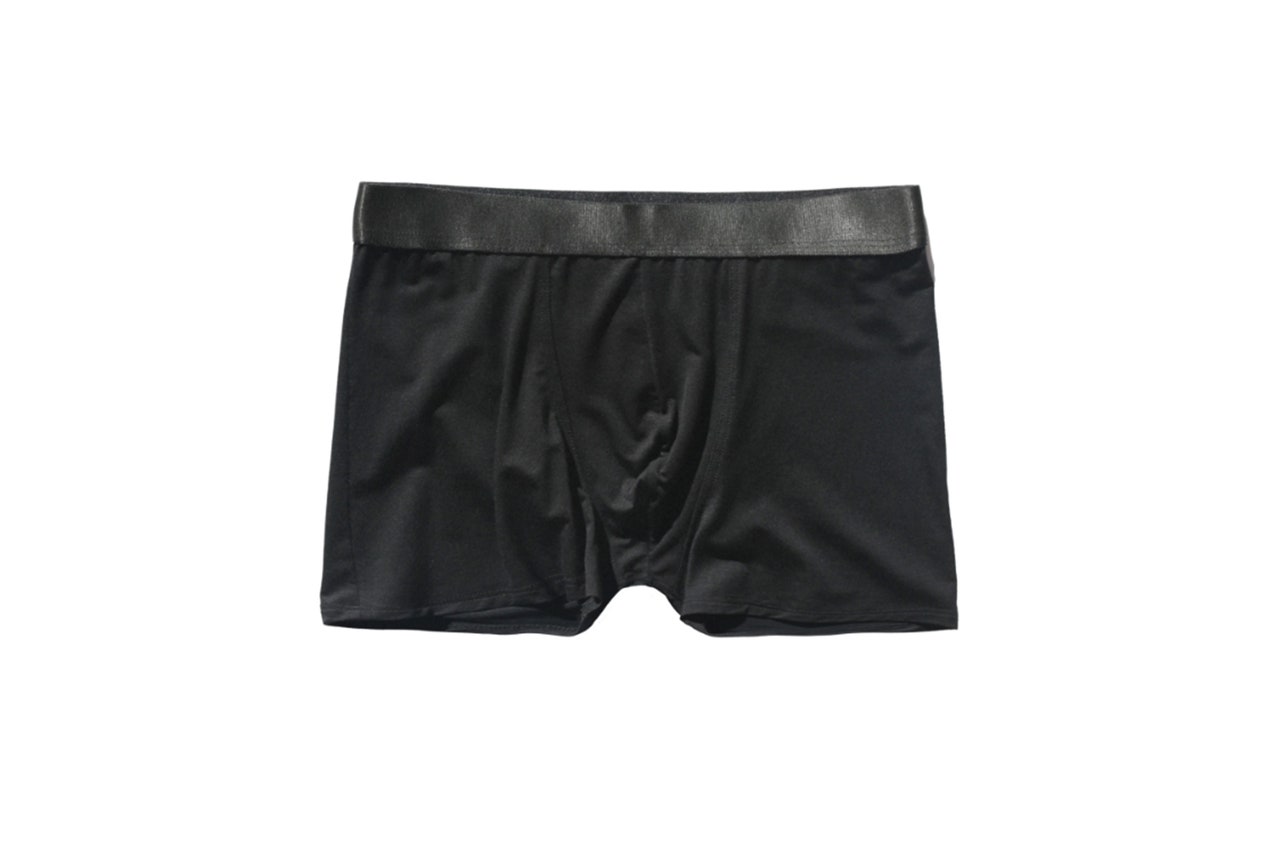 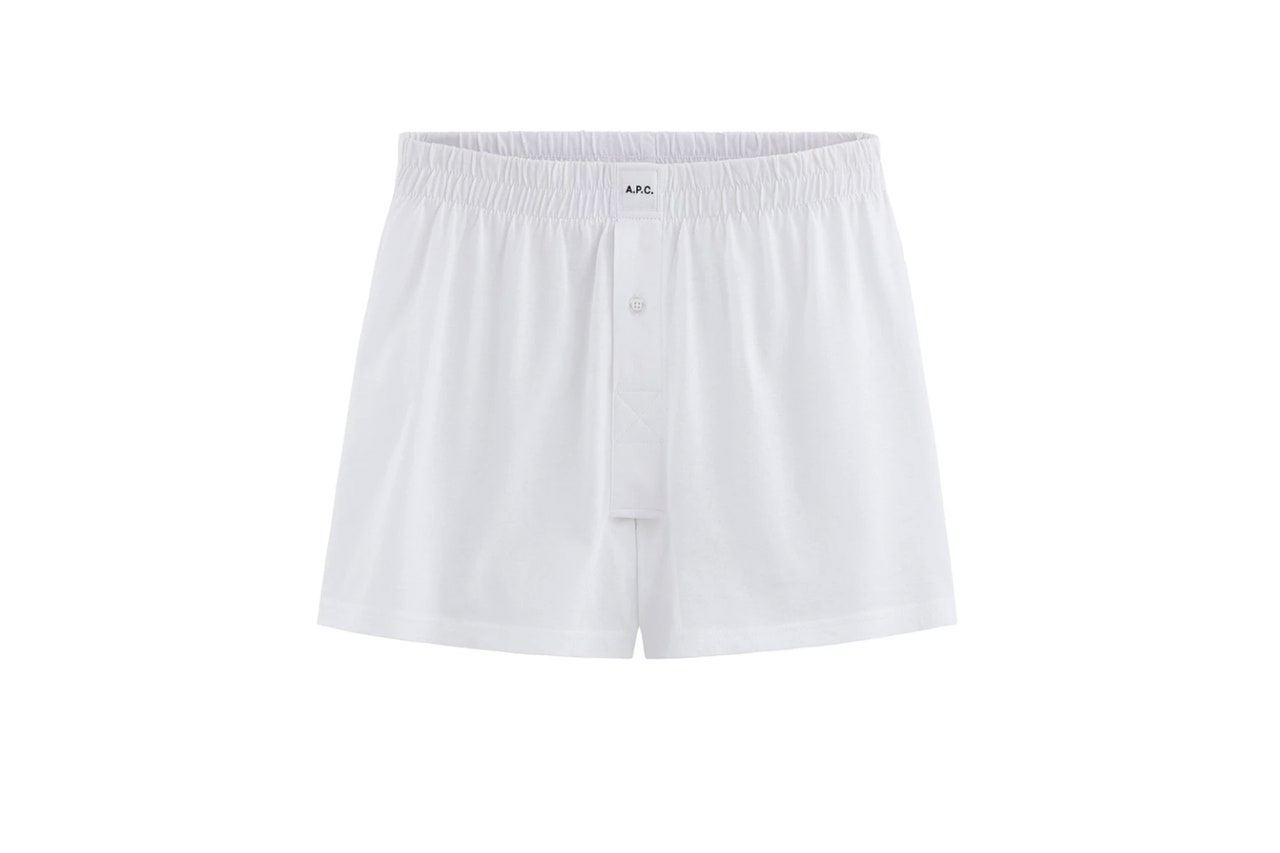 Can’t give up your boxer short habit, and don’t have the budget for the Tom Ford grails further up? The Parisian modernists at A.P.C. make a pair of boxers so cleanly designed and elegant that even we can’t refuse them. 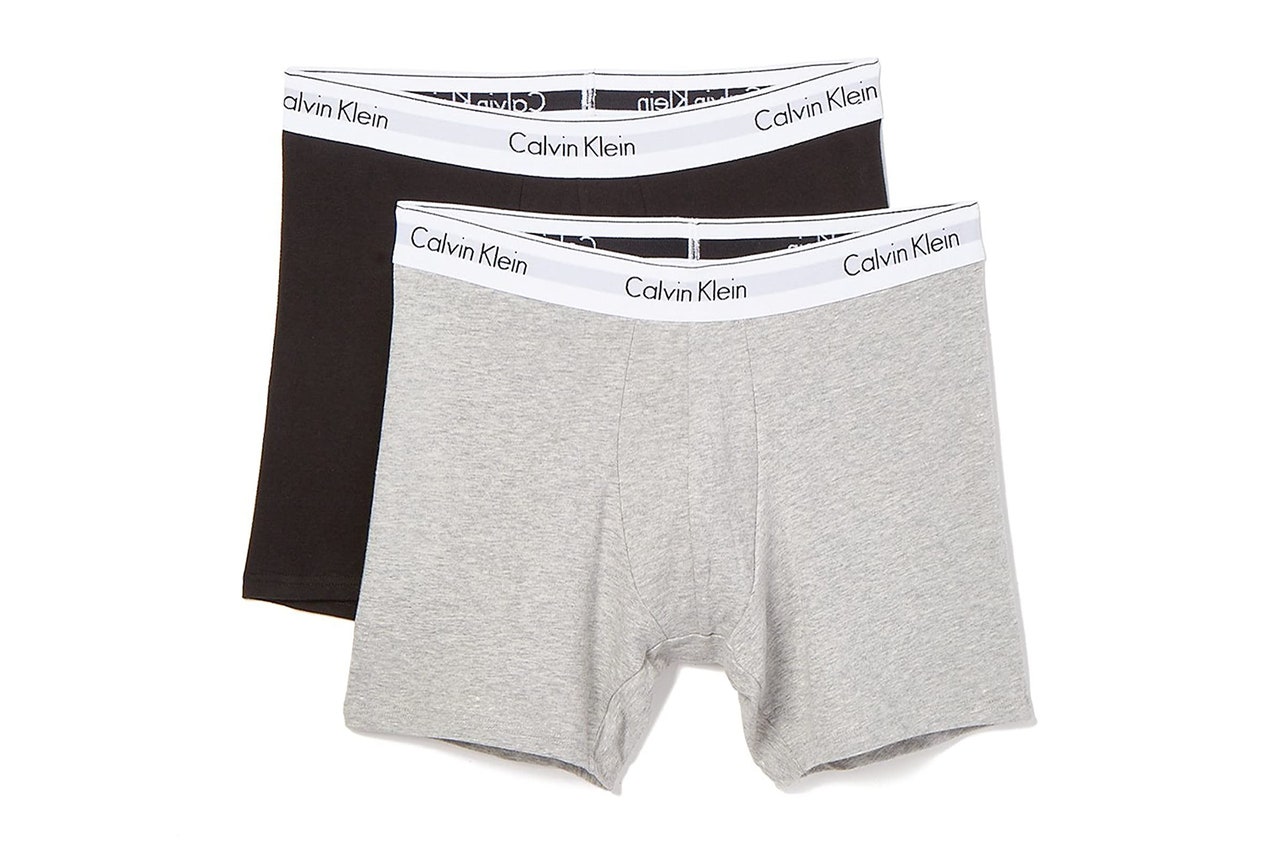 If you need a little more coverage than a trunk can provide, the boxer brief version of our go-to CKs are also perfect for everyday wear. 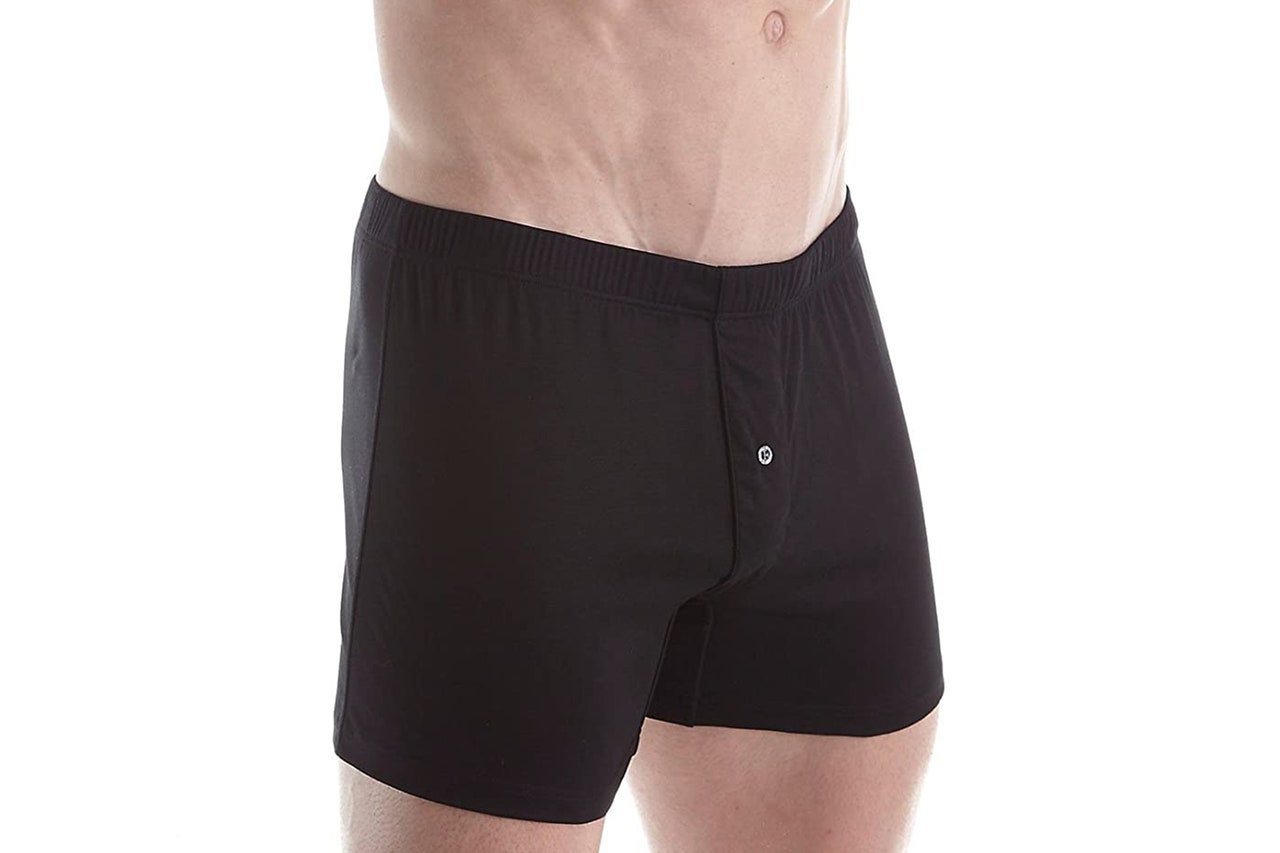 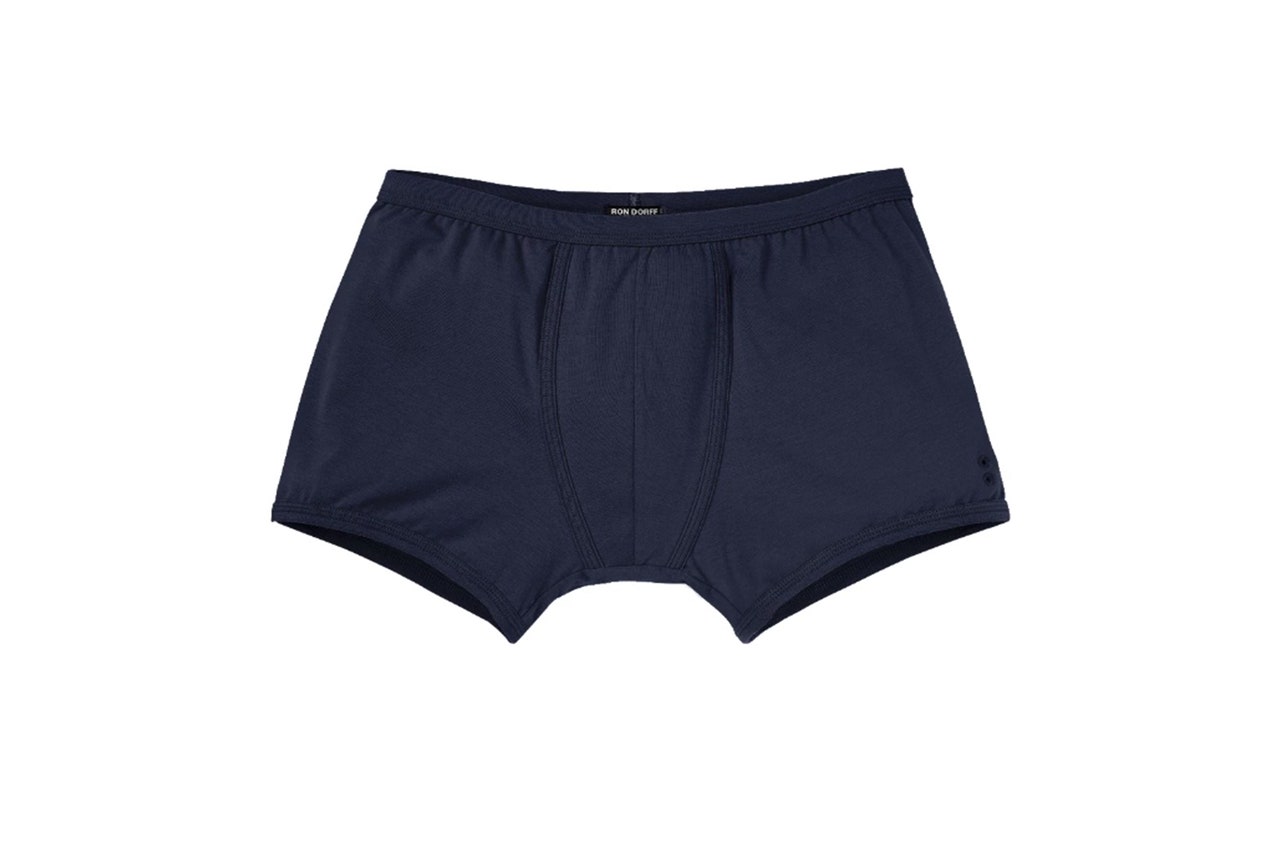 Been making some real gains lately? These low-rise, second-skin-like joints are your best bet for putting all your hard work on display. 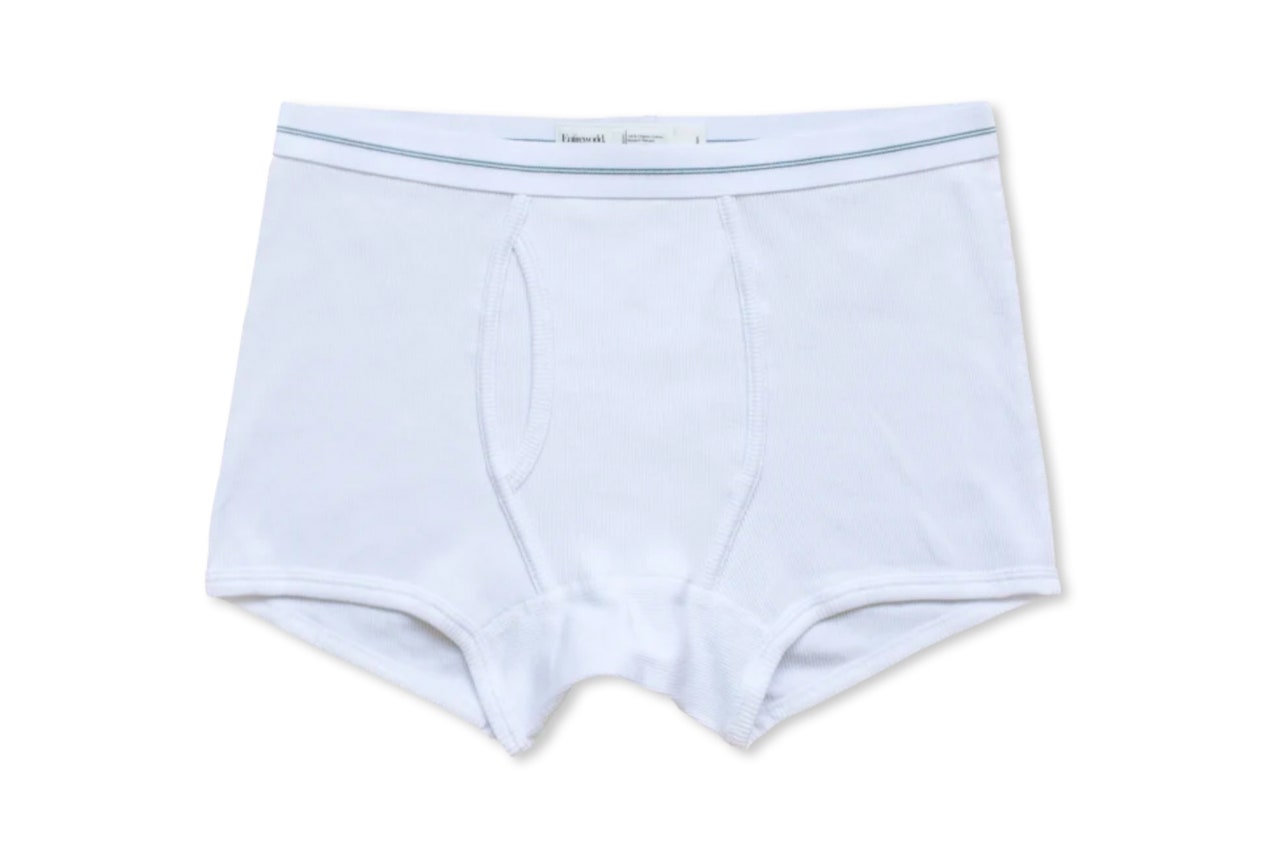 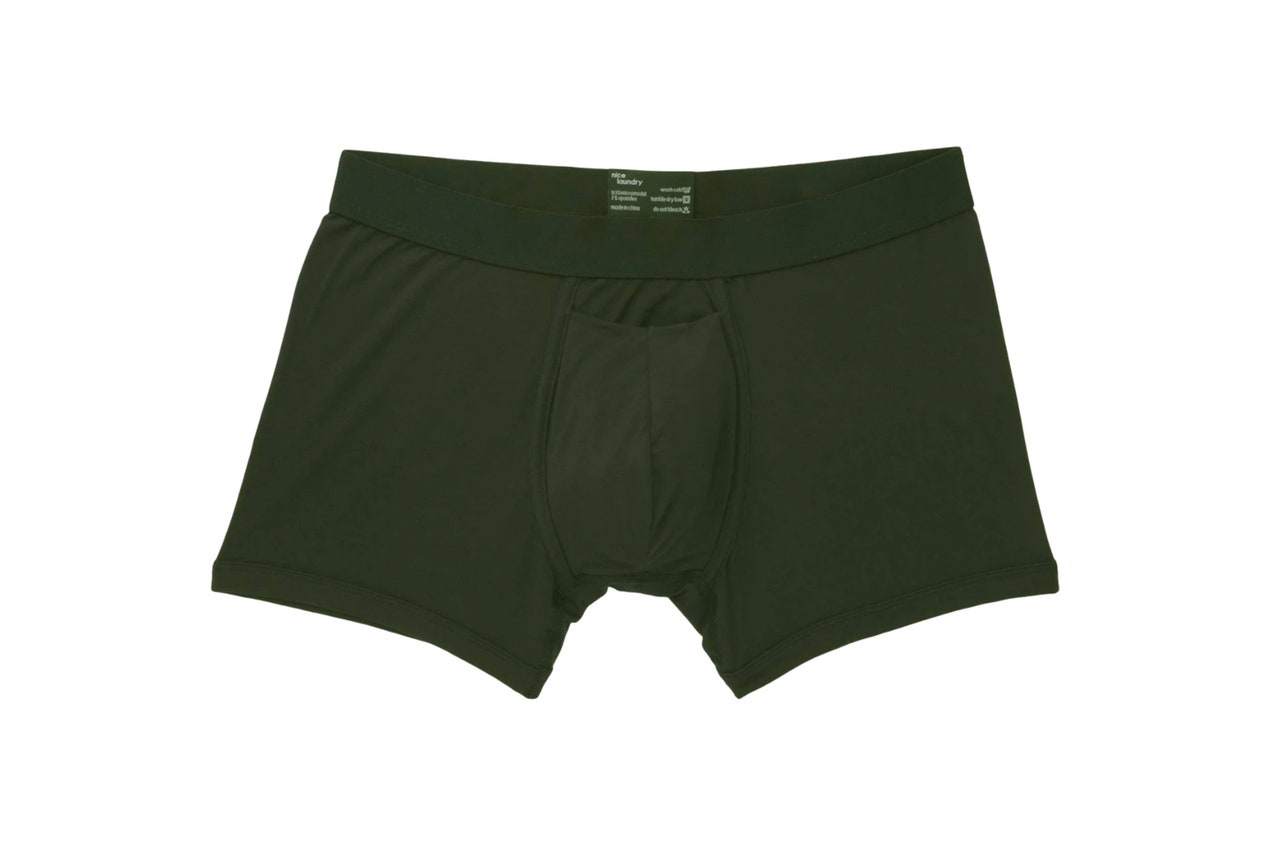 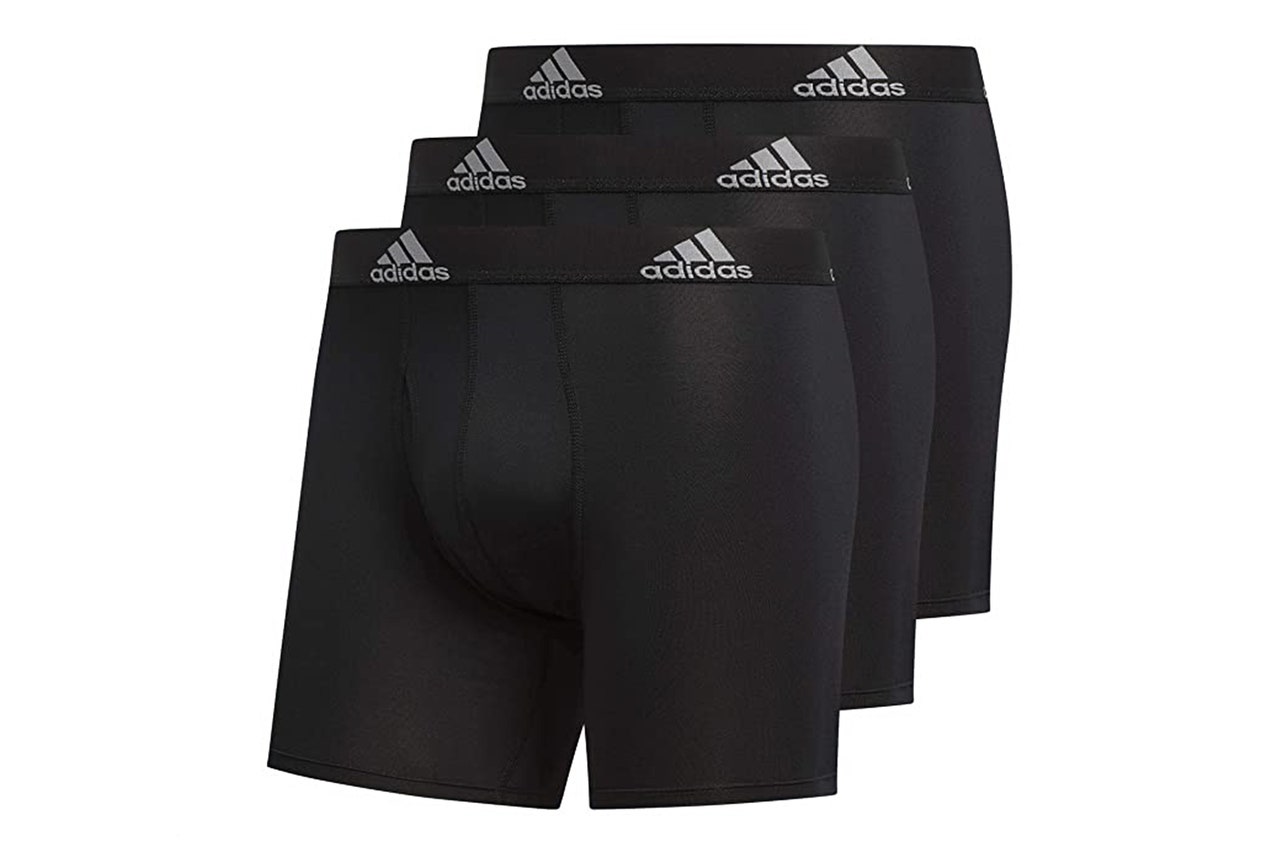 The moisture-wicking, activewear base layers to reach for when you’ve got an extra heavy gym sesh planned. 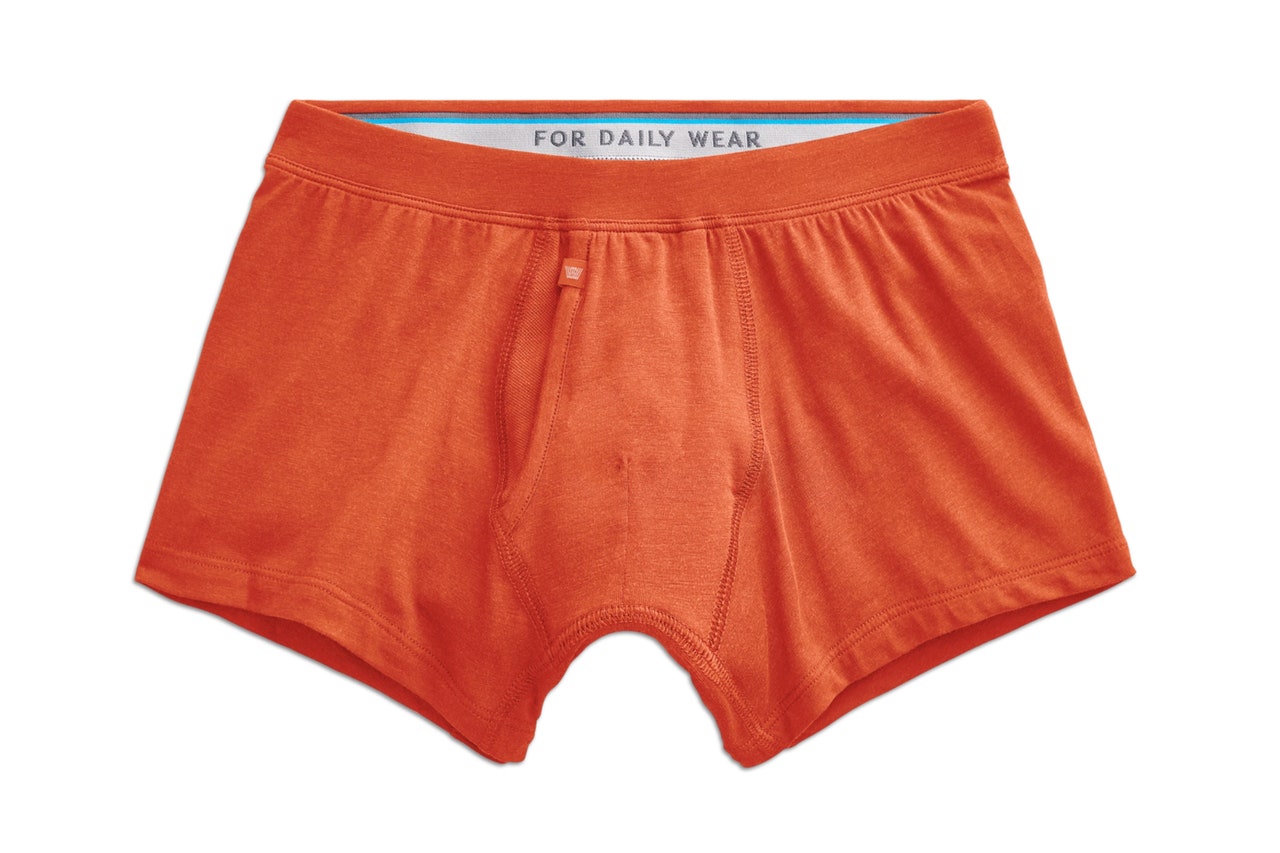 Infused with antimicrobial silver to ward away stink. 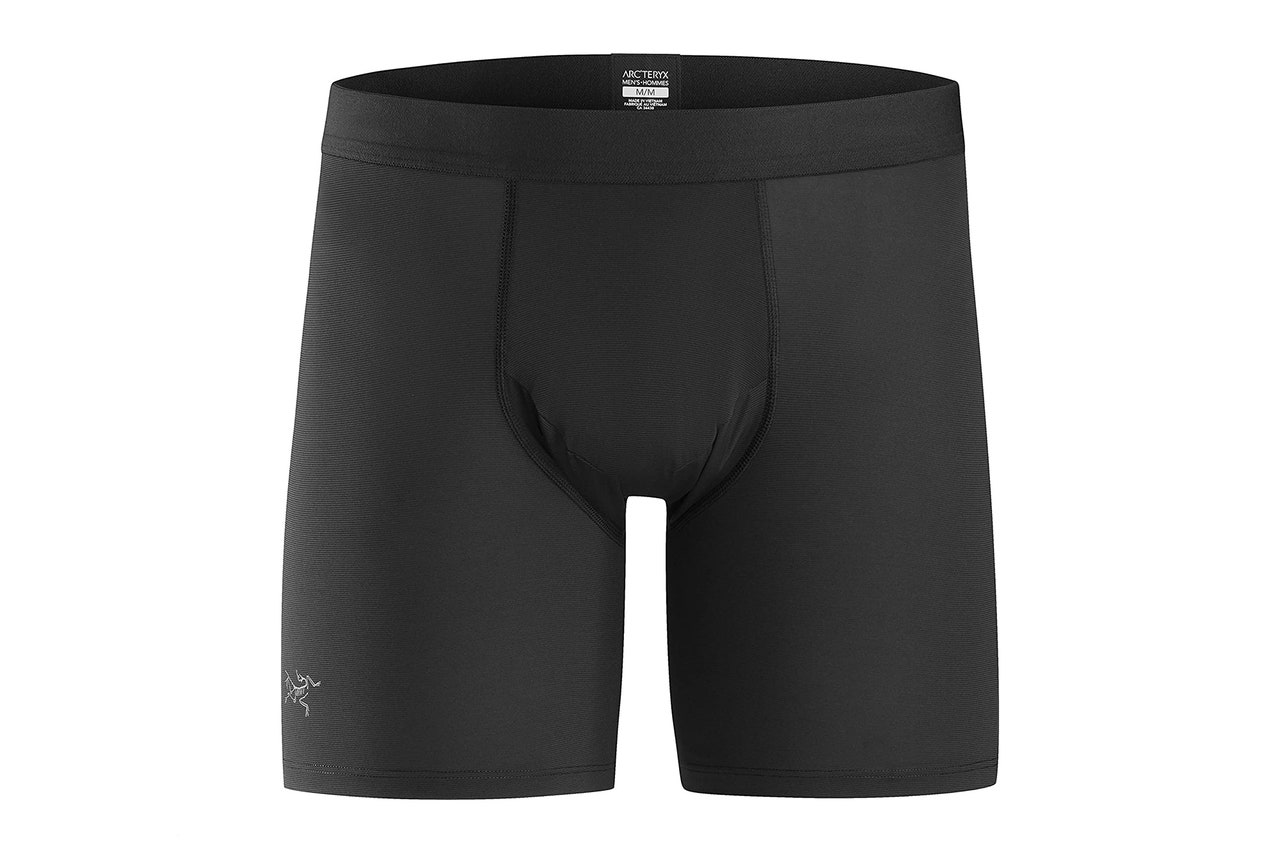 Arc’teryx’s quick-drying performance underwear is engineered to keep you feeling comfortable whether you’re hitting the trails or hanging at home. 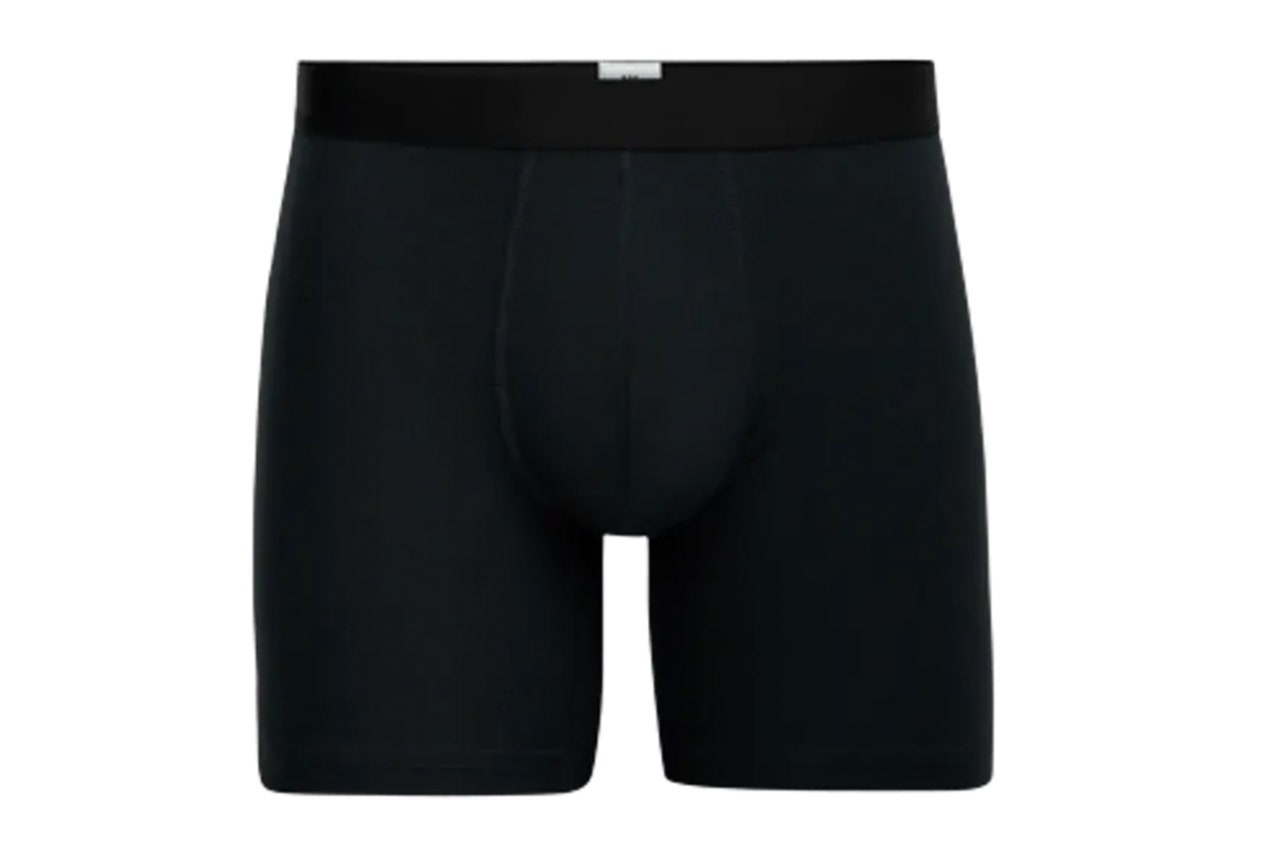 Really as good as all those podcast ads say they are. 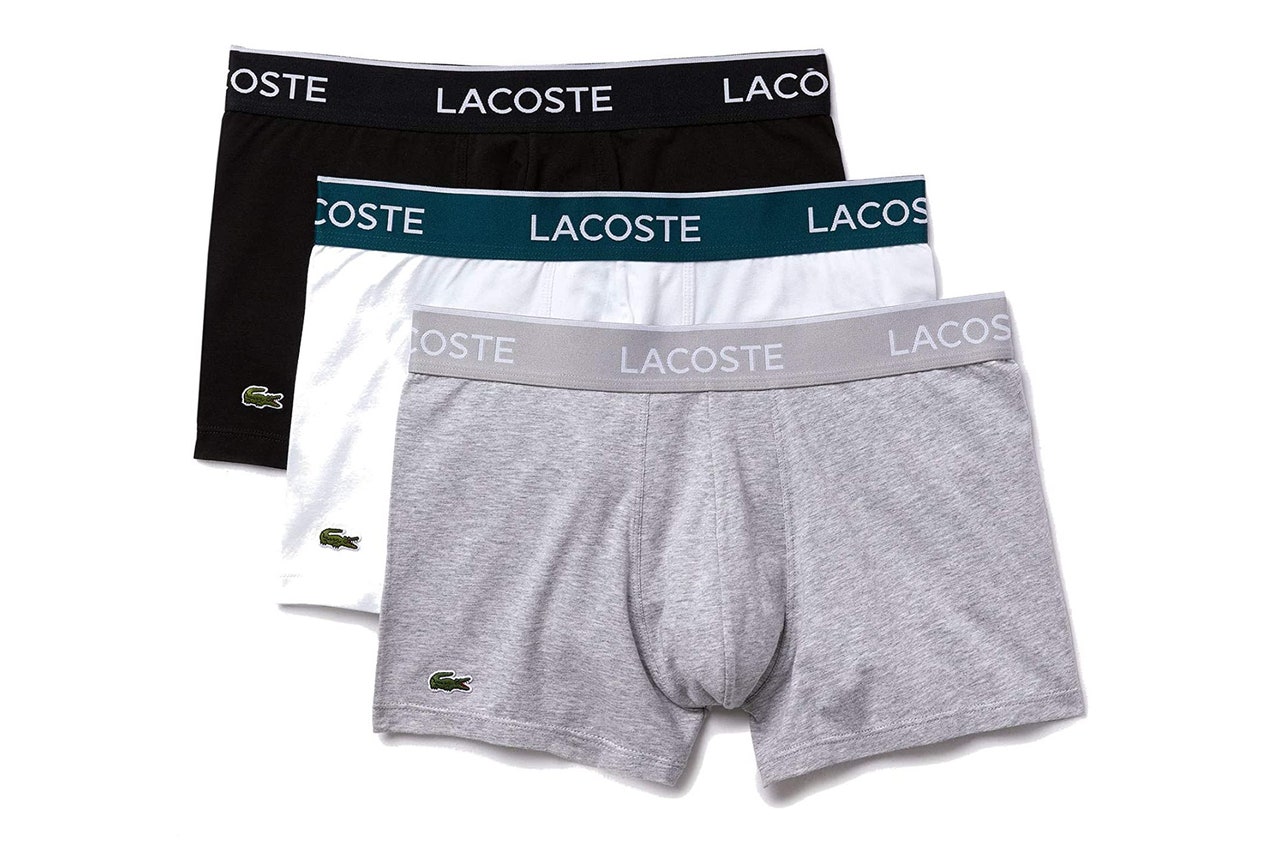 One for all you dedicated prepsters out there.

How to Wear PUMA’s New Mile Rider Sneaker With Everything

We Found the Best Comforters for Every Kind of Sleeper