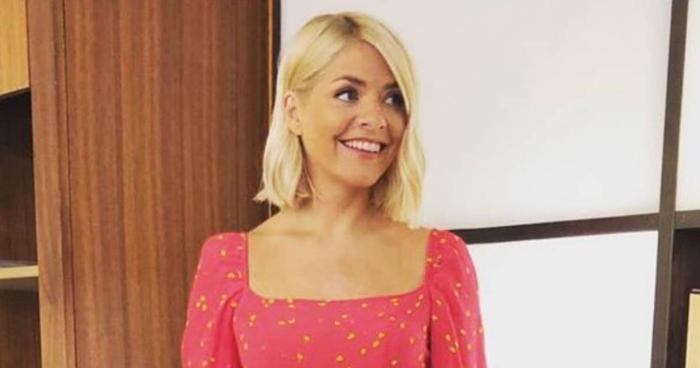 This Morning‘s Holly Willoughby might not be considered a directional style icon (like most mainstream television personalities, she tends to favour cheery items with mass appeal rather than trend-led fashion buys). However, ever since she wore a long-sleeved rainbow dress by London Fashion Week designer Ashish, editors have been paying closer attention to what she wears in her daily outfit posts.

So what is her stylist Angie Smith’s tips for making the most out of a high-street budget? “I think that certain brands excel in specific styles. For example, if I need a great cashmere jumper, I always go to John Lewis & Partners or M&S; for tailoring, L.K.Bennett and The Kooples; for coats and skirts, I go to Jigsaw; for dresses, Whistles; for skirts, H&M; and for shoes, Kurt Geiger. For everything else—and for one-off unexpected pieces—I regularly shop Massimo Dutti, Maje, Hobbs, Next, Warehouse, Russell & Bromley, Topshop and Office.”

As for outfits that always work for Holly? “She has an amazing hourglass figure, so she suits fitted, tailored shapes,” Smith shares. “All her looks have to work 360 because we never know what she’ll be doing that day.” But they have to be careful about colours and prints, as Smith explains: “Stripes and checks can strobe on TV, so they’re a big no, sadly. We both love colour, so I always try to pack in as much as that as possible, as I think it really works for her.”

While Holly regularly wears high street pieces, she’s also been branching out recently with different brands from the likes of Markus Lupfer, Ghost, and Sandro. Keep scrolling to see Holly Willoughby’s best looks from her TV work and more.

All the Things We’re Buying to Deal With Winter Dryness