There’s a lot of work to be done in the fight against systemic racism and police brutality against Black Americans. You can protest, vote, battle for policies aimed at ending discrimination in law enforcement, call local government officials, and donate—if you can, whatever you can—to bail funds and other vital organizations. (We have some suggestions, if you need ’em.) And while you’re thinking about where you can put your money to work, it makes sense to apply that same consideration to your closet, too. To that end, we’ve put together a (by no means complete) list of black-owned fashion labels and clothing stores. Whether you’re looking for a fit-worthy sweatsuit or a masterfully crafted business suit, start here next time you’re stocking up.

In just seven short years, designer Kerby Jean-Raymond has built Pyer Moss into one of the most vital and consequential fashion labels in America.

Adrien Sauvage’s dandyish tailoring takes cues from both his native London and his adopted hometown of Los Angeles.

The designer behind the “Bushwick Birkin” has become a global sensation for his ambitious, artful collections.

For nearly 30 years, XULY.Bët has remained one of the most original and vibrant forces in Parisian fashion.

Designer Jerry Lorenzo’s flow-y, texture-rich vision of luxury has had an outsized influence on the entire menswear landscape.

Founded in Amsterdam by a trio of friends, this streetwear blog-turned-clothing label flips staples like camp shirts, trucker jackets, and cargo pants in strong hues and bold prints.

Designed by husband-and-wife duo Kristin and Kofi Essel, this New York line’s head-turning jewelry is beloved by the likes of Beyonce and Issa Rae.

Even after founder Virgil Abloh’s ascent to artistic director of Louis Vuitton, Off-White continues to deliver as dynamic, meta, and forward-thinking collections as ever.

Brooklyn-bred tailor Davidson Petit-Frère’s bespoke suits have graced the backs of Chris Paul, Jay-Z, Diddy, Michael B. Jordan, and dozens of other luminaries.

Twin brothers Warner and Waverly Watkins weave sharp, narrative-driven collections influenced by the current political climate, their Virginian roots, and the hardcore punk scene they grew up in.

The lifestyle brand founded by the late, great musician and activist Nipsey Hussle.

Tremaine Emory, one of the professional cool guys behind party throwing-slash-branding-slash-clothing design outpost No Vacancy Inn, explores the “stories of the oppressed” under his Denim Tears moniker.

At just 26, British wunderkind Bianca Saunders has already established herself as one of the most inventive new voices in menswear, reimagining suiting and workwear staples with a playful, incisive eye.

After working with the likes of Nigel Cabourn and Beams, Central St Martins grad Nicholas Daley struck out on his own with a line of trippy, drapey, utterly desirable clothes that seems to get stronger every season.

Martine Rose was one of the secret weapons behind Balenciaga during the first few seasons of Demna Gvasalia’s reign. Her eponymous brand mixes workwear codes with far-out shapes (plus some of the baddest square-toe shoes in history).

Grace Wales Bonner’s clothing is meticulous and elegant, with every new collection the result of deep creative collaboration with artists, musicians, and writers.

Among Waraire Boswell’s many fans are Jay Z, Chris Paul, and Kevin Durant. Colin Kaepernick wore the brand in this magazine, too. Boswell makes ready-to-wear but might best be known for his custom suiting.

Kenneth Nicholson is a former Navy member who uses his experience, and childhood living on Army bases, to reimagine uniforms in a fashionable way.

One of the finest stores in menswear just so happens to be run by one of the most thoughtful men in the industry.

This Bed-Stuy gem focuses on vintage clothing, literature, collectibles, and oddities all tied to vibrant moments in black history.

After rising to fame as a member of Been Trill (alongside Virgil Abloh and Alyx’s Matthew Williams) and a design consultant on Yeezy, Heron Preston launched his own workwear-tinged, graphic-heavy label.

Some of the best prints in the game, on fabrics hand-dyed in Nigeria.

You will NOT understand plaid until you step into Kenneth Ize’s universe.

Phlemuns is sooo coooool, a far-out and sexy but subtle mix of knits and denim that’s helped make LA a new hub of anti-establishment fashion.

Maxwell Osborne and Dao-Yi Chow’s label sprang up in the early days of the #menswear revolution, and their ultra-New York gear still packs a punch.

Charlie Casely-Hayford launched his namesake label with his late father Joe a decade ago, bringing a fresh sensibility to traditional Savile Row tailoring.

Darryl Brown’s hardy, American-made workwear reflects his unusual path to fashion: he worked at a steel mill, as a railroad engineer, and at General Motors before launching his line.

Pharrell Williams launched this colorful streetwear line back in the mid-aughts, and it continues to age as well as its founder.

A vintage store blessed with a far more eccentric and curatorial eye than leagues of its competitors.

Toronto’s 4YE is known mainly for its signature durags, but has recently branched out to reworked vintage sweats and throwback airbrushed hoodies.

Founded by Amira Rasool, The Folklore is a New York-based online store and showroom committed to showcasing high-end and emerging brands from Africa and the diaspora. 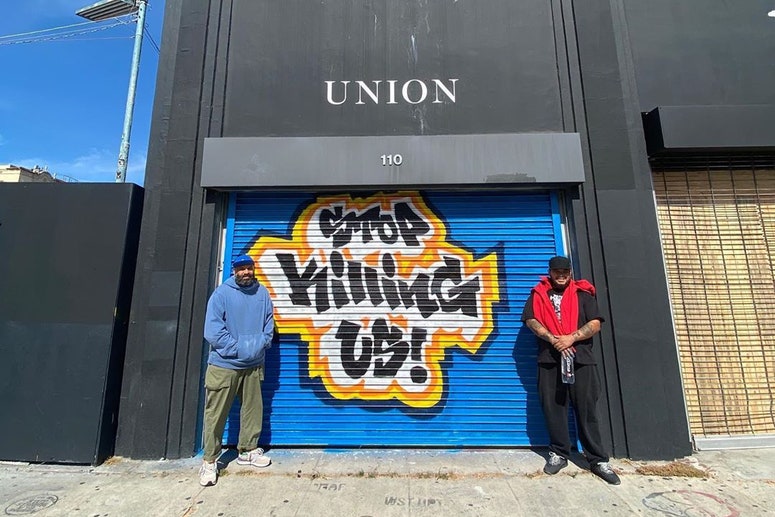 With uprisings in L.A. and across the country, Gibbs isn’t worrying about looters or his store. Instead, he’s laser-focused on what matters most: fighting police brutality. 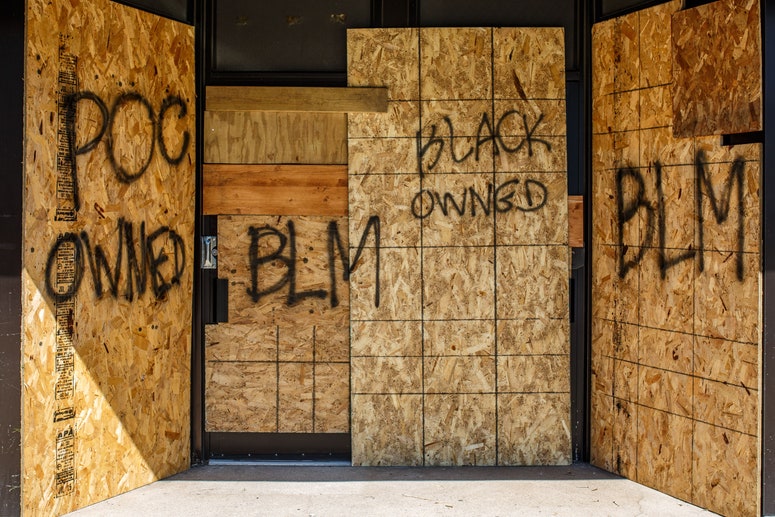 This Initiative Could Direct Billions of Dollars to Black-Owned Businesses

How To Get Justin Bieber’s Coolest Hairstyles

Make a Maze With Newspaper