You’d be forgiven for assuming the best iPhone charger cable comes from Apple. After all, the company’s phones, headphones, and accessories all use a proprietary connection you won’t see on any non-Apple device. When the Lightning cable was first introduced in 2012, all the third-party alternatives to Apple’s own cable were basically junk. They frayed easily. They didn’t always successfully connect to your computer or iPad. They felt janky, wobbling when you plugged them into charging ports and resisting when you pulled them out. And the cheapest of them charged so slowly you probably would have been better off using some kind of novelty hand crank.

In the years since, the universe of cable standards has changed a lot. Lightning cables are old news, since almost all Android phones and new MacBook Pros now charge with USB-C ports. (Who even remembers Micro-USB cables or that weird 30-pin connector?) In addition, all Apple phones since the 2017 iPhone 8 now support wireless charging, no lightning cable required. In the midst of this revolution, a constellation of third-party manufacturers started to get their Lightning cable act together. Before long, Amazon was chock-full of cables that were stronger, faster, and (usually) cheaper than those you’d find at Apple.

If you’re looking to buy the best iPhone charger in 2020, you can skip the $30 plain-white cord at the Apple store. All the below options are durable, charge your smartphones, AirPods, or older iPads quickly, and are Apple MFi-certified (which means that it should transfer data to and from any iOS device without issue). Whether you’re just looking for a cheap replacement for a fraying cord, something that’s compatible with your new laptop, a cord with an eye-catching design, a super long cord so that you can scroll through Instagram on either side of your mattress, or a cord that can resist literally being cut by a chainsaw, we’ve got you covered. 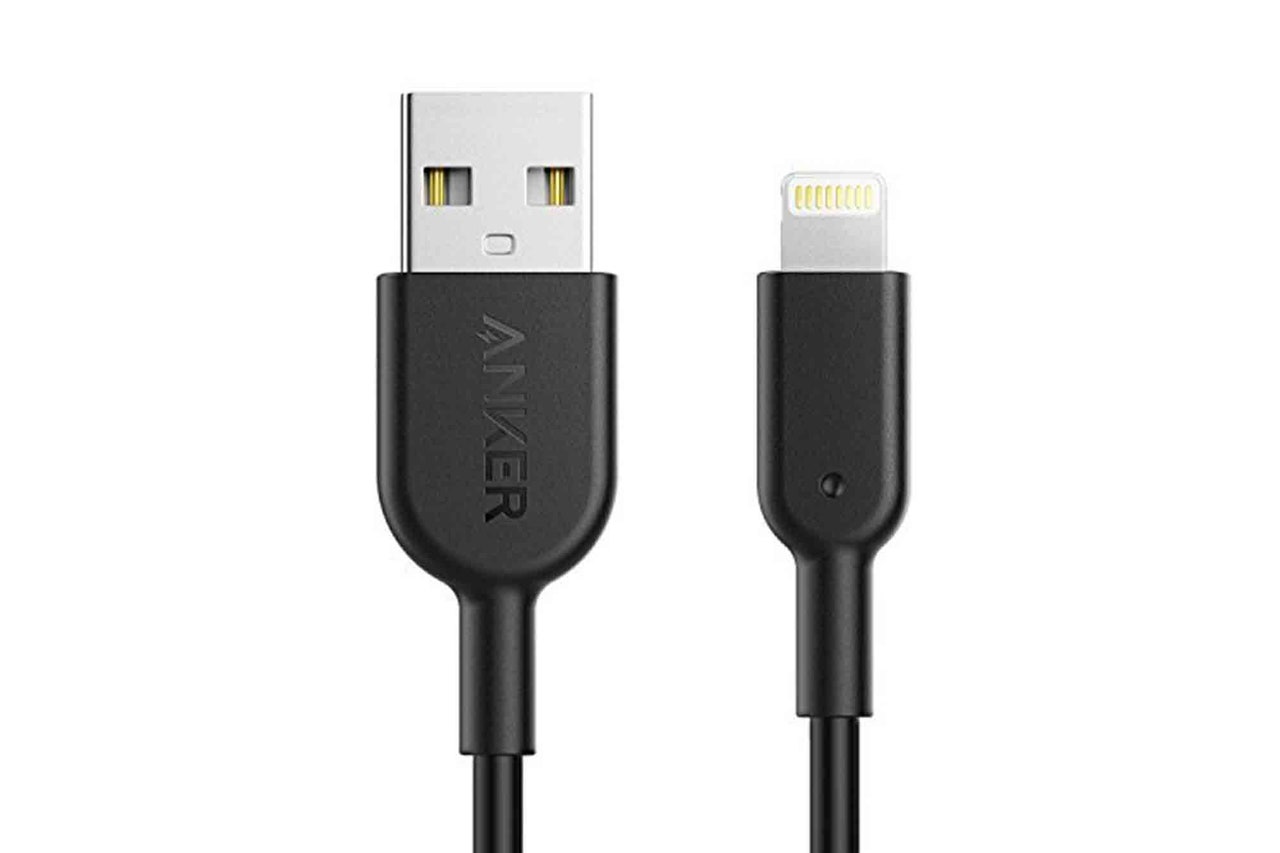 Anker’s Powerline II USB- A cables are the perfect cord for someone who thinks, “I want the same cord that came with my phone, but cheaper.” Its Apple MFi certification means it’s fully compatible with Apple devices, and its lifetime warranty means the only time this cord will let you down is when you eventually lose it. The Anker Powerline II comes in a bunch of different lengths (more on that later), but if you’re just looking for the most direct replacement for the default Apple Lightning cable, buy the 3′ model. The cable also comes in four different colors, but really there is no excuse for not buying it in red. 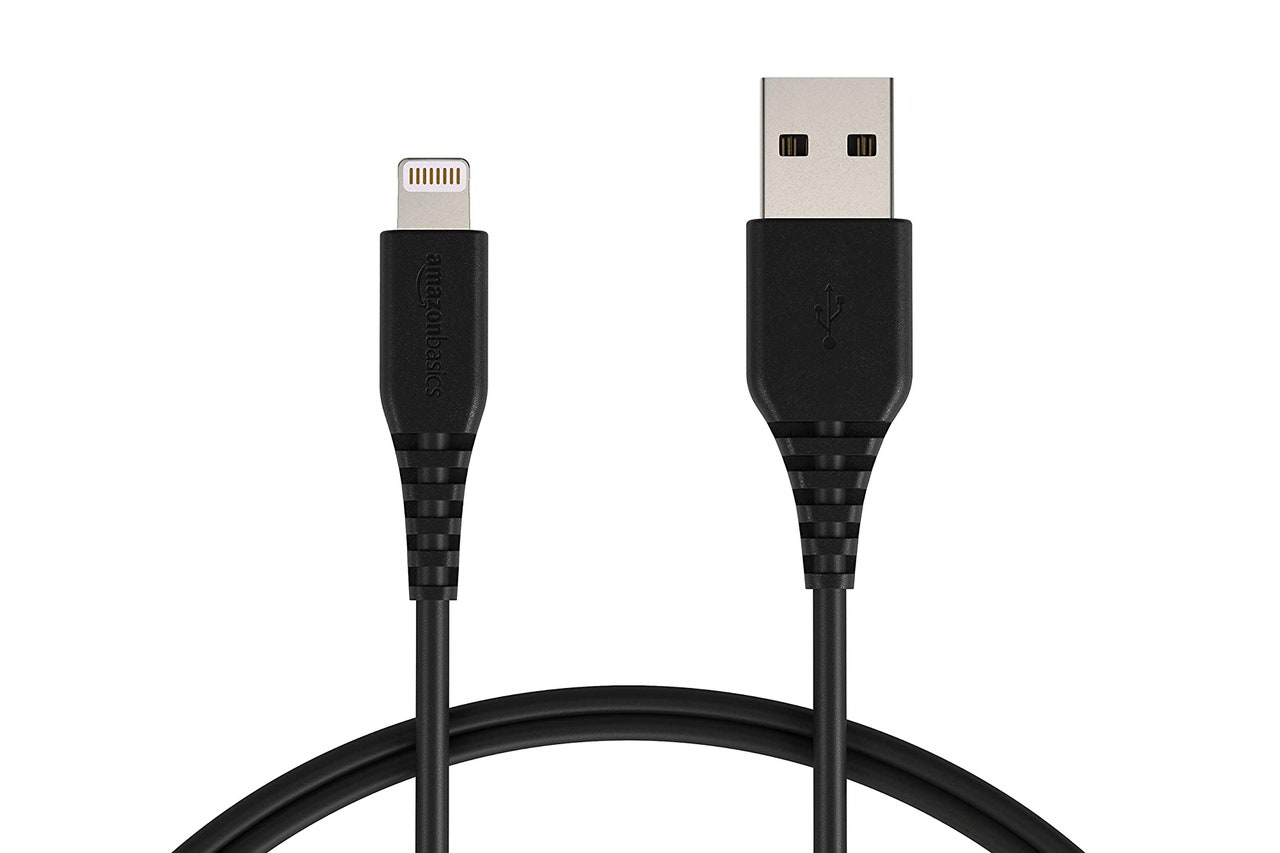 There are some cables you can pick up for cheaper than this guy, the AmazonBasics Lightning cable, but you should probably steer clear. The AmazonBasics cable has basically every feature we expect of a cable in this price and more—it’s MFi-certified, comes in four different colors, and has a lifetime warranty. We prefer the Anker Powerline II for its durability and charging speed, but for under 10 bucks, the AmazonBasics option is probably the cheapest cable worth buying. Throw it in your glove compartment or the bottom of your bag and you’re never without a backup. 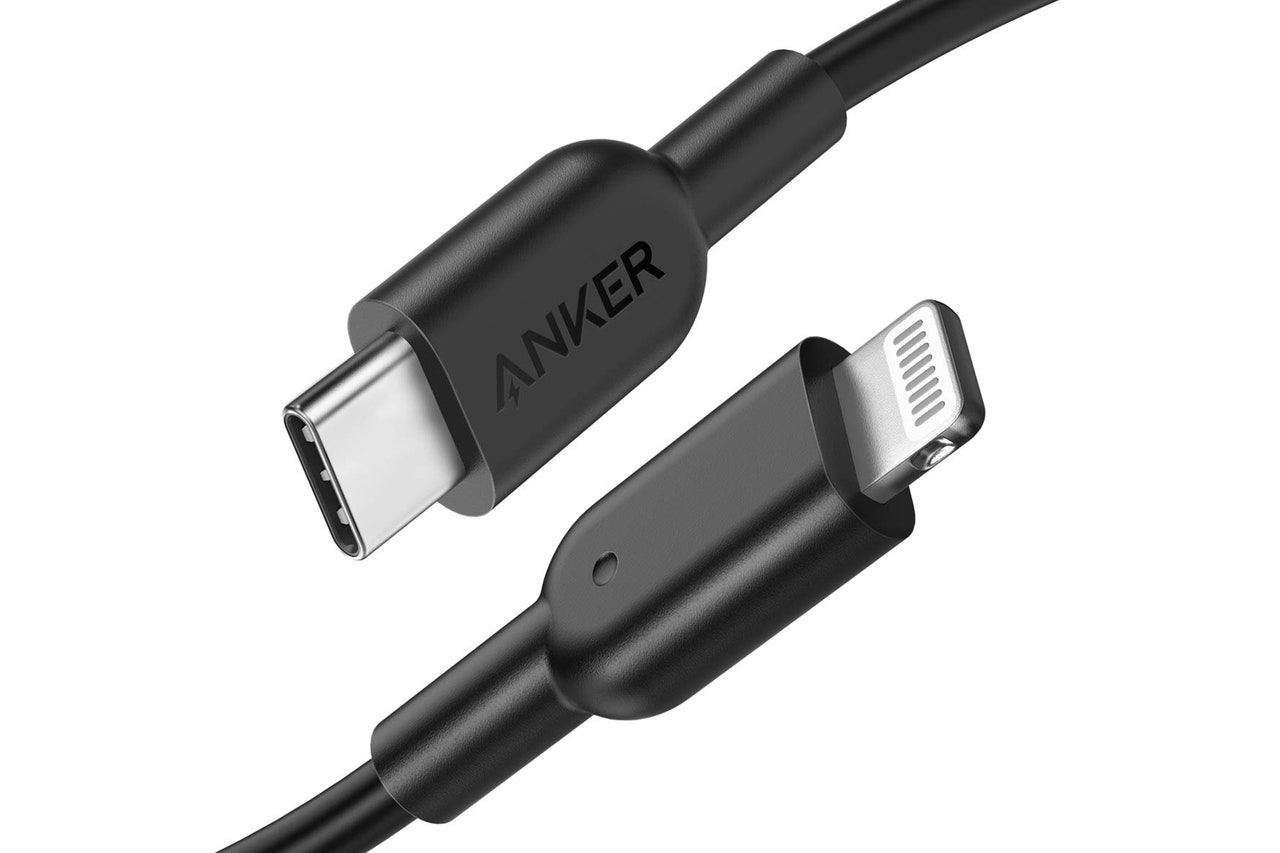 If you’re looking for a USB-C to Lightning cable, the Anker Powerline II is another no-brainer choice. USB-C to Lightning cables are great for use with your laptop, since they let you juice up your phone without having to worry about pulling out a dongle. In addition, USB-C cables tend to transfer power a lot faster than conventional USB-A port cables. The USB-C Powerline II cables allow you to take advantage of fast charging while still giving you all the structural benefits of its relative. The cables are durable, MFi-certified, and come with a lifetime warranty. They only come in white and black, but we don’t think that is too big of a trade-off for the advantage you get. 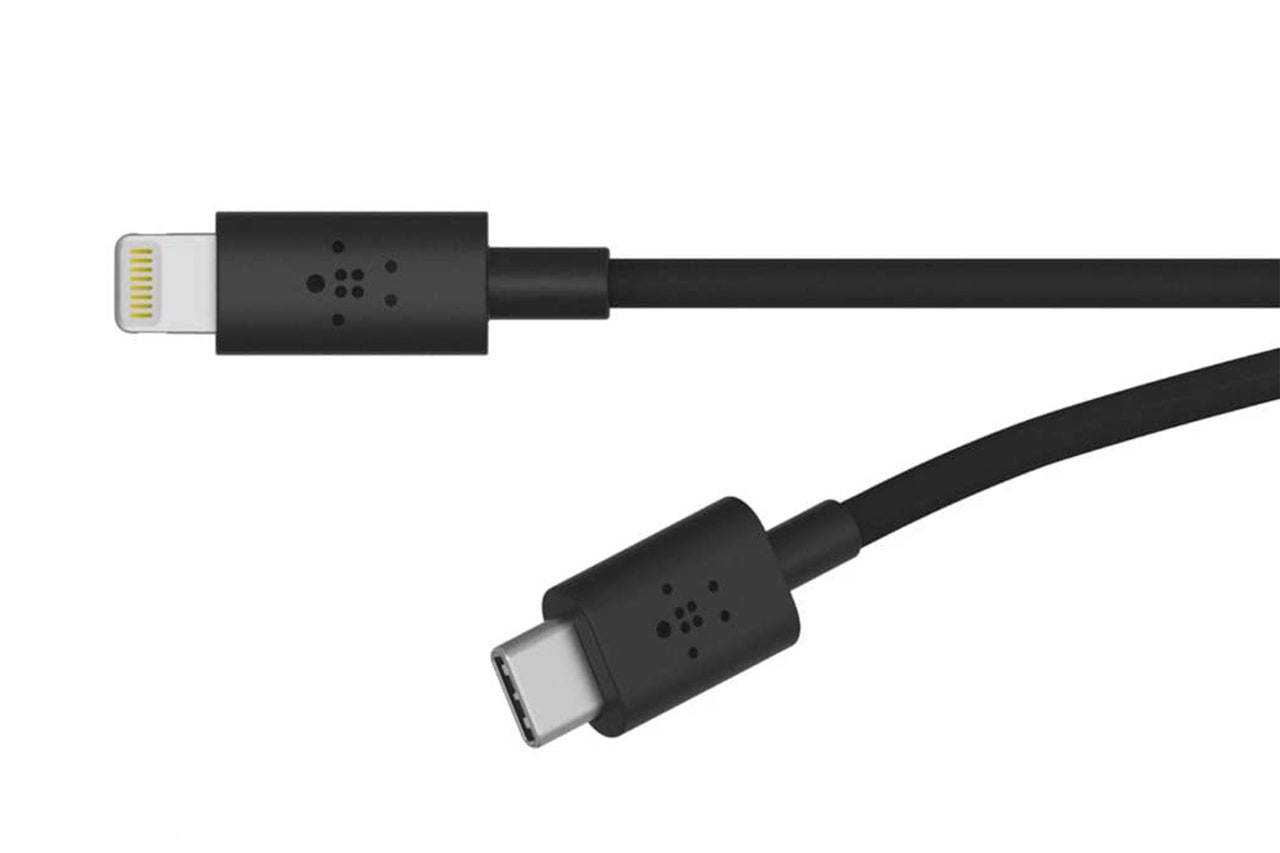 Belkin’s USB-C to Lightning cords are a reasonable alternative to those from Anker. They stay plugged in well, transfer power quickly, are MFi-certified, and hold up well to daily use. They are however, a little bit more expensive than those from Anker. So unless you have a particular affinity for the Belkin logo, an admittedly adorable rendering of a person stretching out their arms, we think you should get the Anker. 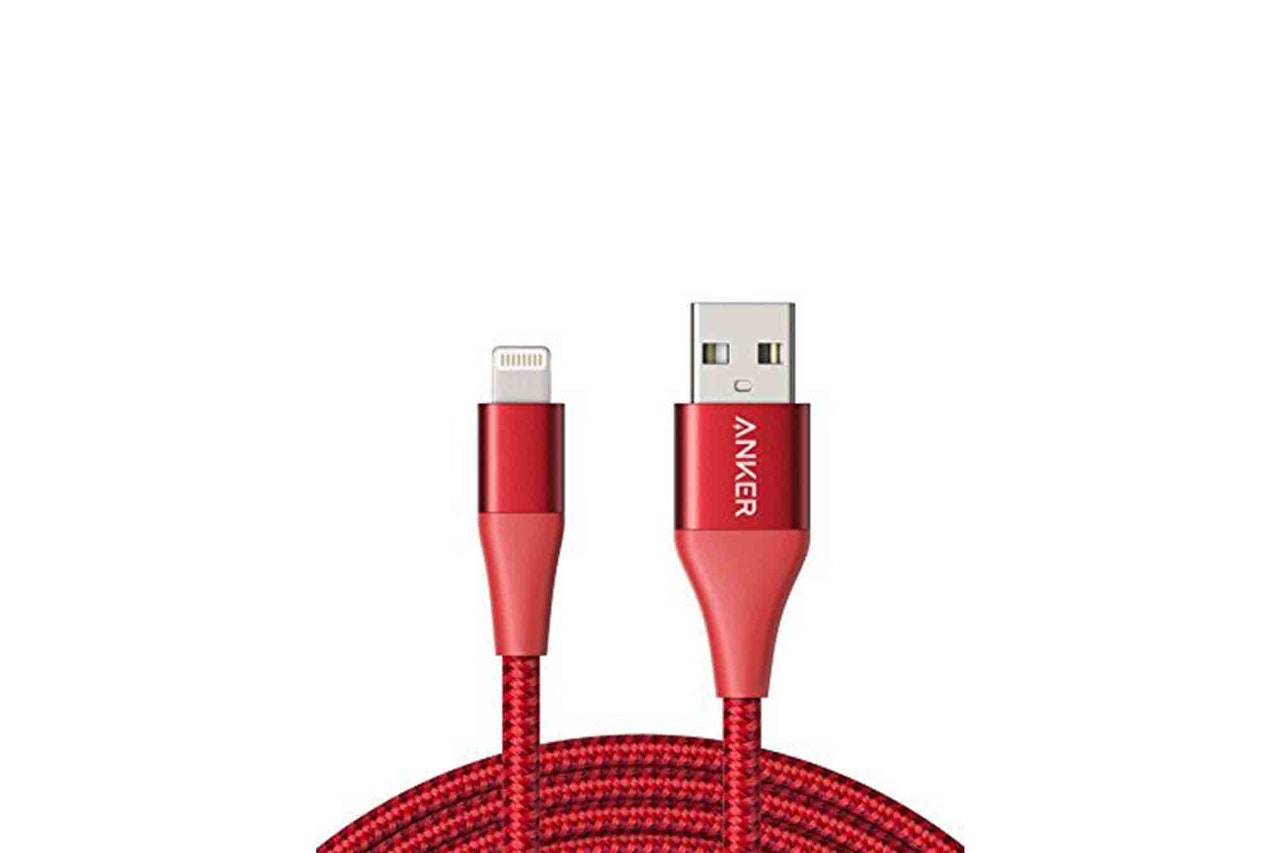 Imagine being able to doom scroll Twitter from either side of your couch. That life of luxury is within your grasp, as soon as you’re willing to embrace the long-ass cable lifestyle. This one is also part of Anker’s PowerLine II collection, but it’s super-long—10-feet long to be exact. The nylon braid adds a nice touch, but otherwise, it’s the same cable at a length (and price) that makes it an easy pick. Tuck one of these in the cushion of your comfiest piece of furniture and resolve to never leave your apartment at 48% battery again. 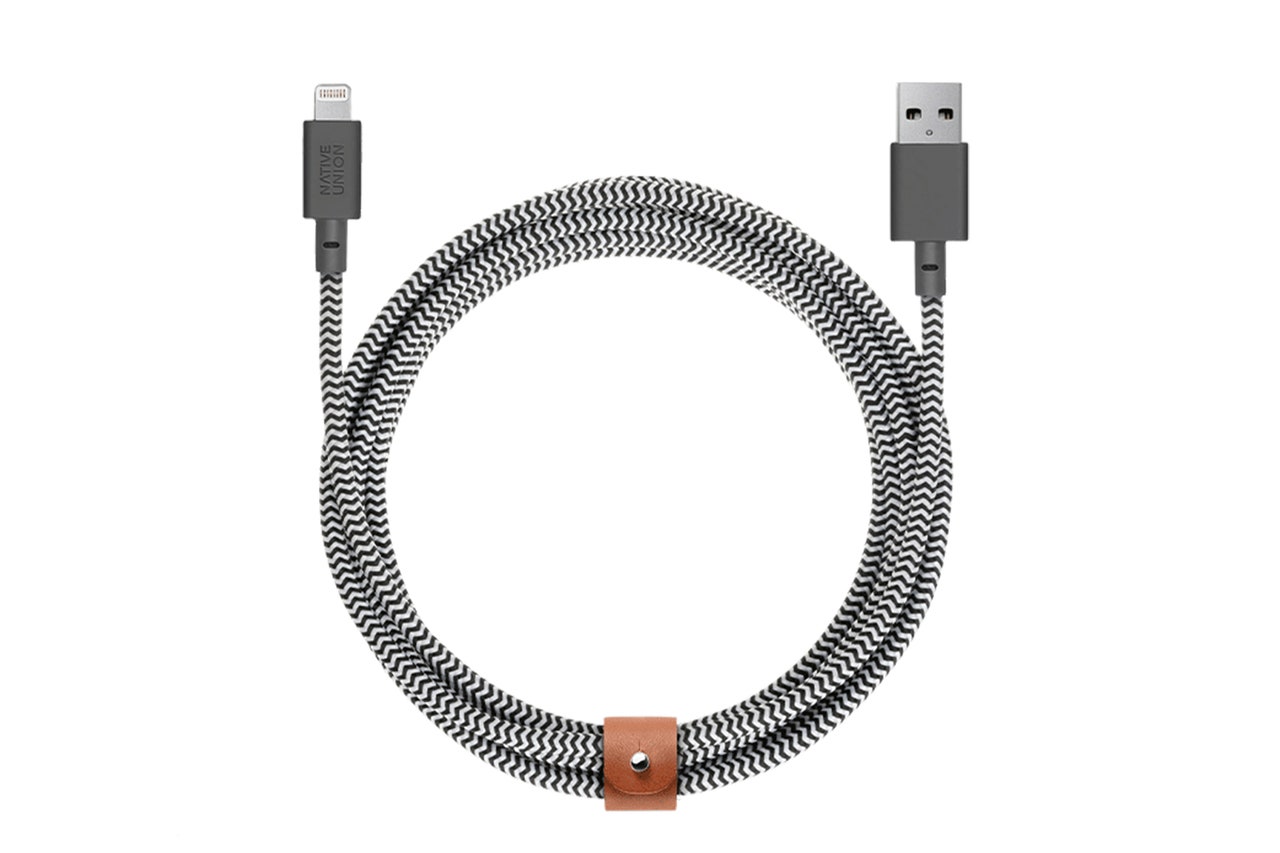 If you’d like a Lightning cable with just a little more curb appeal, look no further than the Native Union Belt cable. It’s MFi-certified, and has a limited lifetime warranty, which means that even if its fabric snags and the cable stops working, you should be able to get it replaced. Plus, in its longest length, you get the most opportunity to appreciate whichever one of the four lovely colorways you choose. Most people will be just fine with the Anker cable, but if you want something that looks slightly more like a natural extension of your furniture, this is the cable for you. 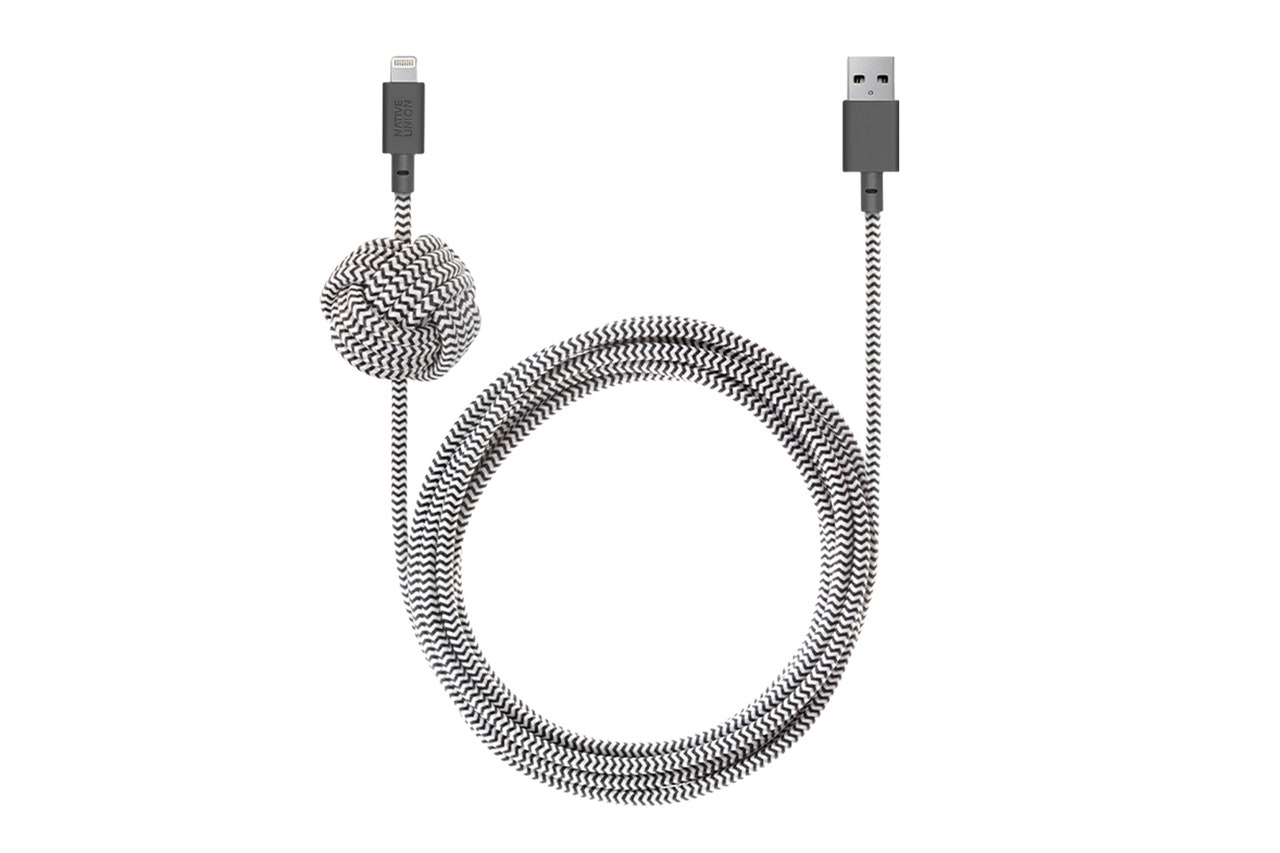 The Native Union Night cable is a 10-footer that checks all the basic boxes, but with a unique black and white chevron design. The braided fabric cable is durable, MFi-certified, and charges quickly. It’s also got a large, heavy knot right next to its Lightning connector that prevents the cord from falling off the table when not in use. It comes in four different colorways, including Zebra and Indigo, as well as three different connector types. 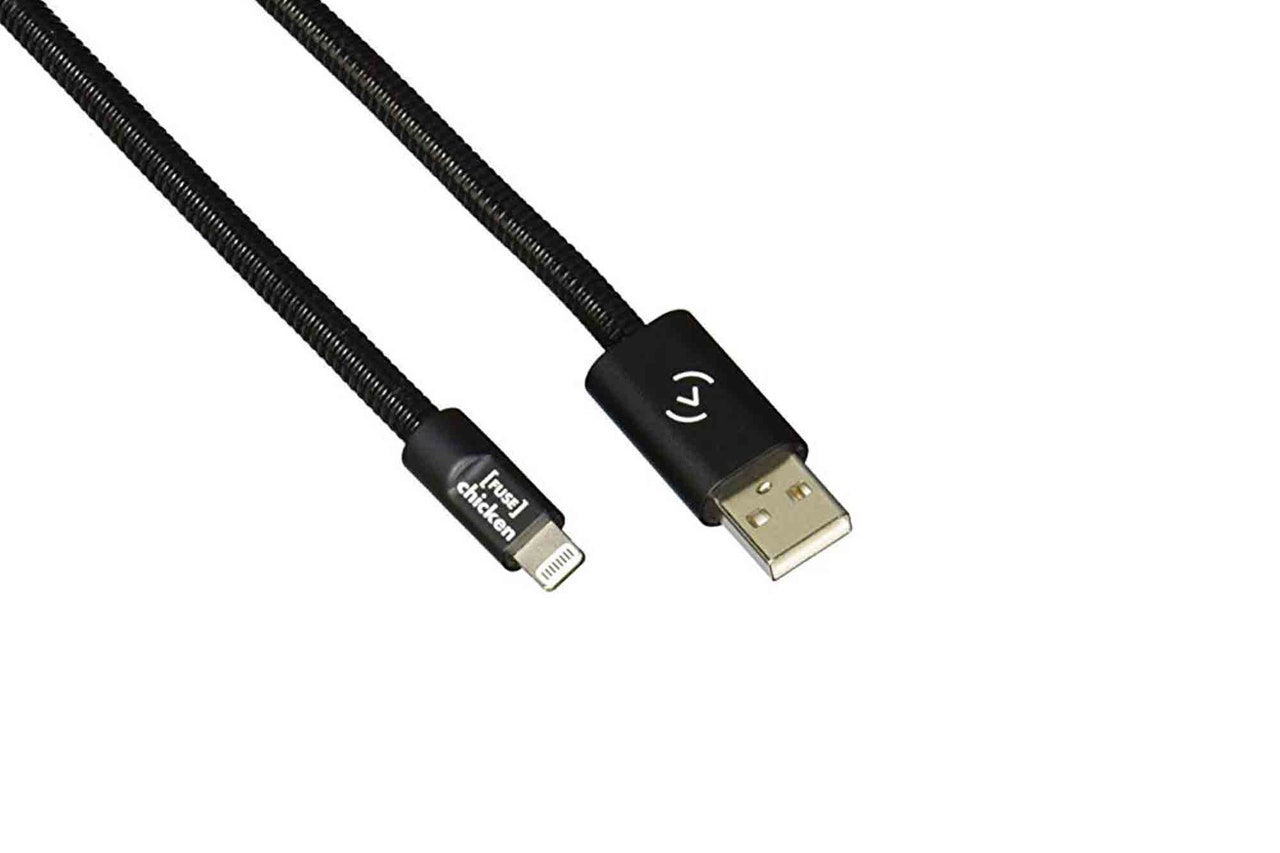 Fuse Chicken’s cords are coated in stainless steel and over-prepared for whatever you’d throw at them. The brand says their cords can resist the teeth of a chainsaw, which we were not given the budget to test, but we can attest that their cords do feel like they will last forever. One could pass it down to their grandchildren, but they’ll likely have no idea what a charging cable is. The indestructibility is nice, but even more practical is the sturdy cord that can hold itself up, not unlike a snake. Will you look like the laziest person in the world watching videos on your phone while the cord props it up on your couch? Sure. Should you stop doing so? Absolutely not. 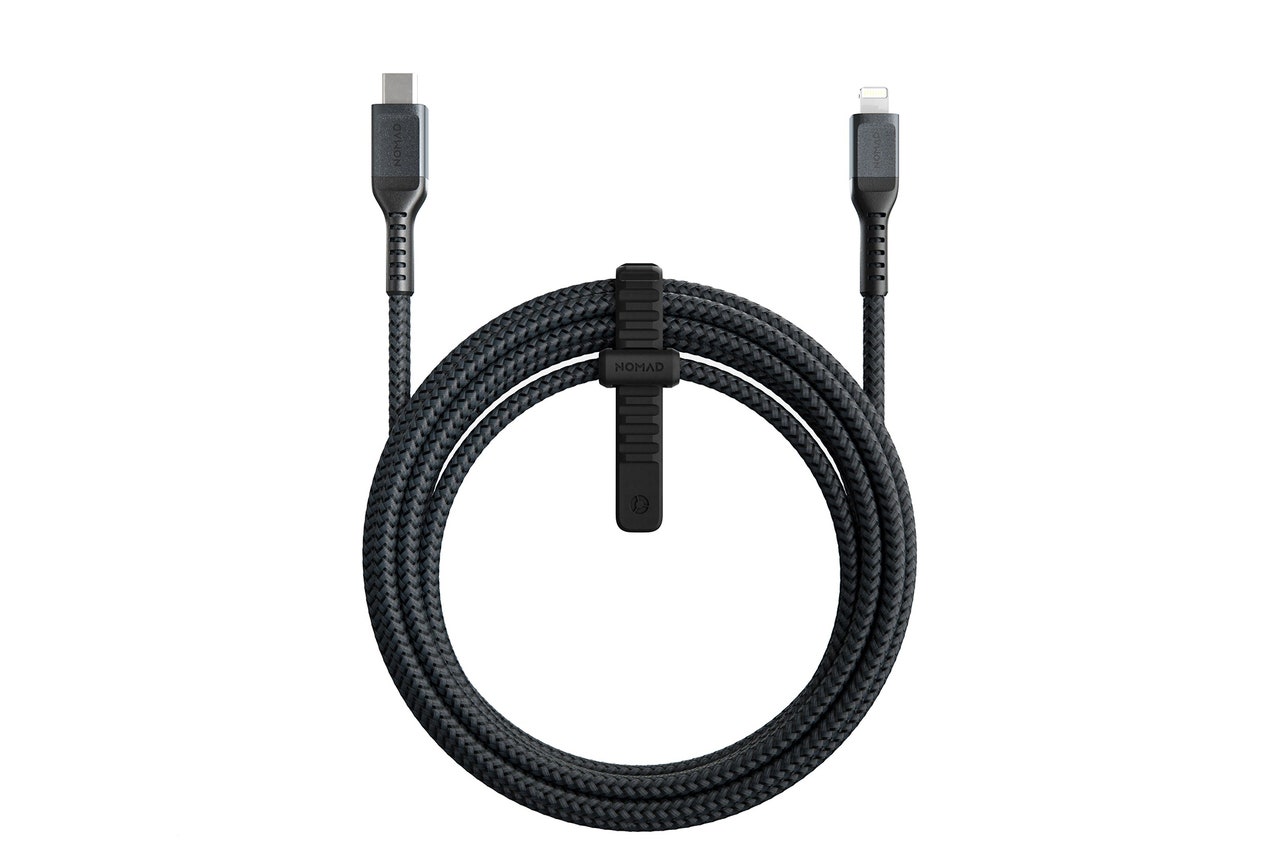 This Lightning cable is made from a literally bulletproof material. Its braided wire is extremely sturdy, thanks to a tightly woven casing of reinforced Kevlar. It’s MFi-certified, so you’ll have no trouble using it with any of your Apple devices. And it charges much faster than the conventional Apple charger. The cable also comes with some useful built-in details, like a rubber cable tie that helps  keep it wrapped when not in use. That’s ideal if you’re the kind of person who cannot fathom using a cable organizer—this cable organizes itself.

9 Trends That Zara Is Getting So Right This Season