Modern sportswear is proof (like we needed it) that our wardrobes have truly entered a new age. Originally built for track and field, these days you’re just as likely to see it at the bar, out and about in town, or even in the office.

Menswear purists may not like it, but this stuff is the new default setting for much of the modern man’s wardrobe. It’s the hoodie he lounges around the house in. It’s the sneakers he proudly parades around his previously shirt-and-tie-required workplace in. It’s the smart joggers and baseball cap he can now legitimately wear with a tailored jacket.

Sportswear is fully interwoven with our day-to-day attire, so it’s worth knowing who’s making the best of the best. Here we count down the world’s greatest sportswear brands and explain why they’re worth having on your radar.

It’s difficult to think of a sportswear brand better established than Nike, which is probably because there isn’t one. The Oregonian label is the largest supplier of athletic shoes and apparel on the face of the planet – a position earned through decades of clever marketing, technical innovation and excellent design.

Nike’s legendary design team is behind some of the most important shoes in history. Models like the Air Jordan 1, the Tailwind and the Air Max 1 have been hugely influential, introducing the world to ‘Air’ sole technology and, in the case of Jordans, the concept of athlete-endorsed ‘pro-model’ sneakers as fashion items.

As a result, the label did more than anyone to create sneaker culture and resides perpetually at the absolute cutting edge of footwear tech. 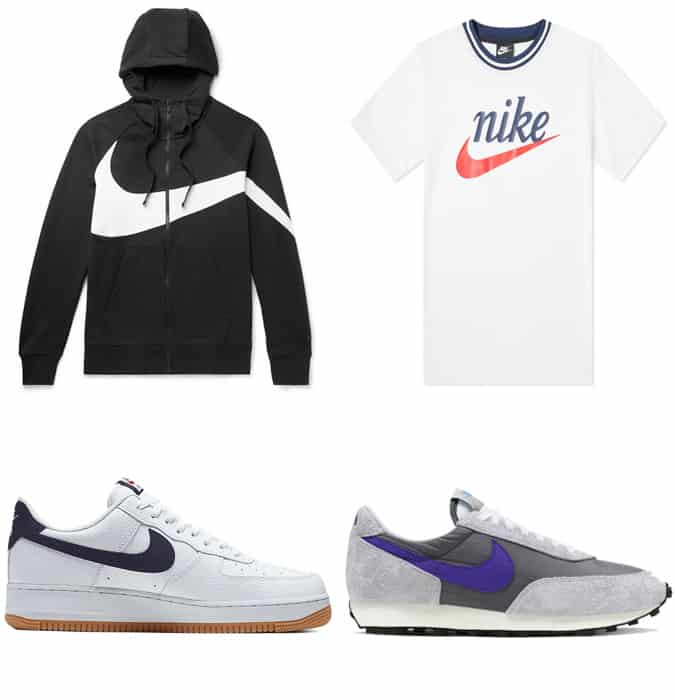 No list of the greatest sportswear brands (or just the greatest brands in general, for that matter) could possibly be considered complete without the inclusion of Adidas. This German sporting giant has been churning out some of the finest athletic garb the world has ever seen for well over half a century.

The label’s iconic Trefoil logo has been adopted as a badge of honour by hip hop pioneers, terrace fashion aficionados, mods and Madchester hedonists. There’s no other sportswear label so intertwined with music and subcultural movements, and that’s before we even get into how great the sneakers are.

Adidas has a knack for crafting instant, simplistic classics. The Stan Smith, the Samba, the Superstar and the Gazelle. These shoes have solidified the Three Stripes’ reputation as one of the best sneaker brands on Earth. Meanwhile, the Kanye West-endorsed Yeezy line keeps hypebeasts drooling and queues forming for Adidas kicks around the world. Bolton may seem like an unlikely birthplace for a global sportswear phenomena but that’s exactly where Reebok came into the world.

The Lancashire label has been making sneakers and sporting apparel since 1958, but it was during the 1980s when things really took off. The brand released the Workout – the first athletic shoe designed specifically for women – and sales went through the roof.

Ever since, Reebok has been an icon of retro sportswear style. Becoming the go-to spot for nostalgia-laden kicks, ‘90s throwback vibrancy and offbeat design motifs. Inflatable tongues, anyone? Family feuds aren’t all that rare. What is uncommon, however, is for them to escalate to the level of the one that gave Puma its shot at greatness.

Brothers Rudolf and Adolf Dassler founded a sportswear label together, but when their relationship went sour, it split into two separate entities, Adidas and Puma. Both achieved huge success, but it was Adidas that went on to become the most prominent.

Still, what Rudi Dassler’s Puma does, it does well. The label is known for its retro-tinged athletic apparel and timeless trainers like the Suede Classic. In more recent years, it capitalised on a trend to become the unofficial king of affordable chunky trainers. Models such as the Thunder Spectra and the RS-X have become some of the most popular, trend-driven sneakers in recent history, and some of the most wearable, too. An acronym for the Latin expression “Anima Sana In Corpore Sano” (“You should pray for a healthy mind in a healthy body”), ASICS is a brand built around the concept of wellness through sports.

Originally founded as Onitsuka Co. in 1949, the Japanese label quickly became known for its high-quality athletic footwear. Basketball shoes were some of the brand’s first products, but as the years went by, ASICS gained a reputation for its running sneakers.

Today, the label is regarded as one of the finest purveyors of performance footwear in the world, with a sideline in crafting nostalgia-heavy retro running shoes as part of its Onitsuka Tiger line. As far as well-made running gear goes, it doesn’t get much better than New Balance. The Bostonian brand first jogged into the spotlight in 1906 and sportswear hasn’t been the same since.

The label’s core output is comprised of performance running gear, casualwear and sneakerhead-baiting shoes courtesy of its ‘Made In England’ and ‘Made In The USA’ lines. The latter is what really gives NB its stake in the world of menswear, with shoes like the 990 and the 991 having gained cult status among the style elite.

In addition, hoodies, joggers and other athletic staples feature heavily, with bold branding, quality fabrication and street-friendly styling as standard. 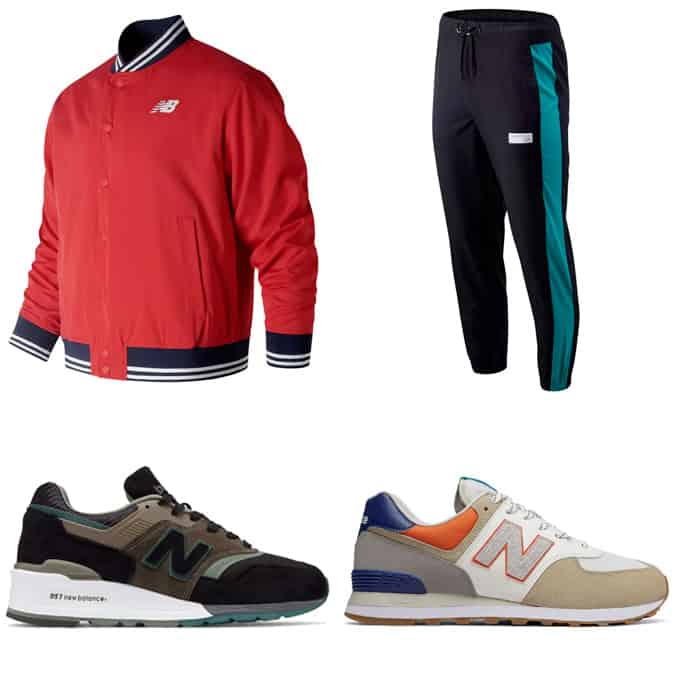 French label Salomon has made a name for itself in the world of sportswear, kitting out everyone from ultra runners to freestyle skiers. More recently, however, it gained a new audience thanks to one of the most unlikely fashion trends in recent history.

Trail running shoes are the hottest new thing in high fashion, and it just so happens that Salomon makes some of the best around. The brand’s S/LAB series and the Speedcross 4 in black have been favourites of fashion insiders for a little while now. So much so, in fact, that Salomon began making its first forays into that particular world by recruiting a lifestyle footwear manager from Veilance and designing its first ever fashion sneaker in the shape of the S/LAB XT-6.

It’s more than just a fad, though. Fashion’s obsession with adopting performance gear has resulted in the mainstream style status of garments like the hoodie, tracksuit and performance outerwear. Why should trail runners be any different? 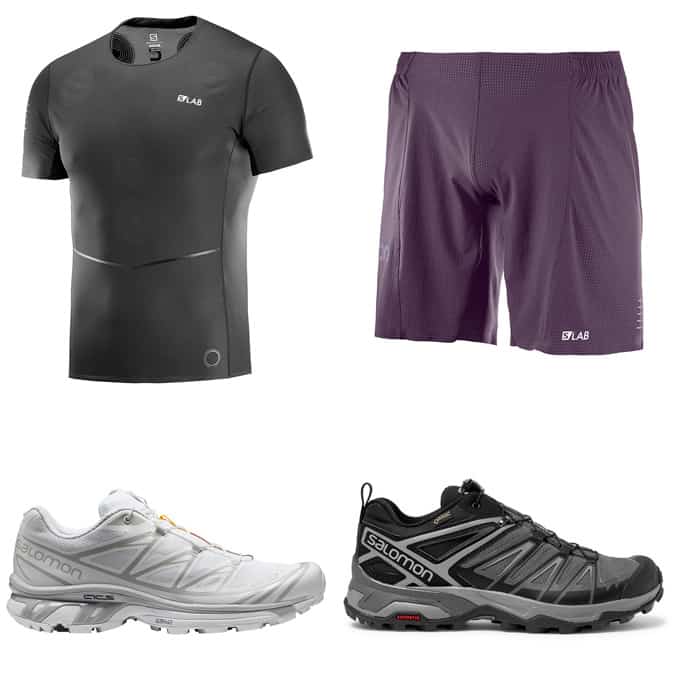 It may not boast the same industry-leading, cutting-edge status as competitors like Nike and Adidas, but when it comes to heritage, Champion is at the top of the food chain.

The American label entered its 100th year in 2019 and still has the same knack for making rugged, no-frills sportswear that made it famous.

You won’t find innovative, technical fabrics or ultra-lightweight apparel here. What you will find, however, is sturdy, timeless gear with a dose of retro charm. Throw in some streetwear sensibility and the odd high-profile hookup and it’s easy to see why Champion is still one of the best around. American sportswear great Converse is a name that needs no introduction. The label is responsible for creating the most popular sneaker ever made and it has barely changed its design in a century.

Converse All Stars were the first ever celebrity-endorsed sports shoe, paving the way for a future of big-name partnerships in the world of sportswear. Most people trace the roots of sneaker culture back to the first Air Jordan shoe, but if you really want to be thorough, it all started with Converse.

It’s not all Chuck Taylor All Stars, though. Converse has made moves into everything from running to skateboarding, in addition to its hugely popular casualwear and loungewear staples. Young, Gay and Single Among the Nuns and Widows

Their Dream Was a Working Farm (But They Weren’t Farmers)