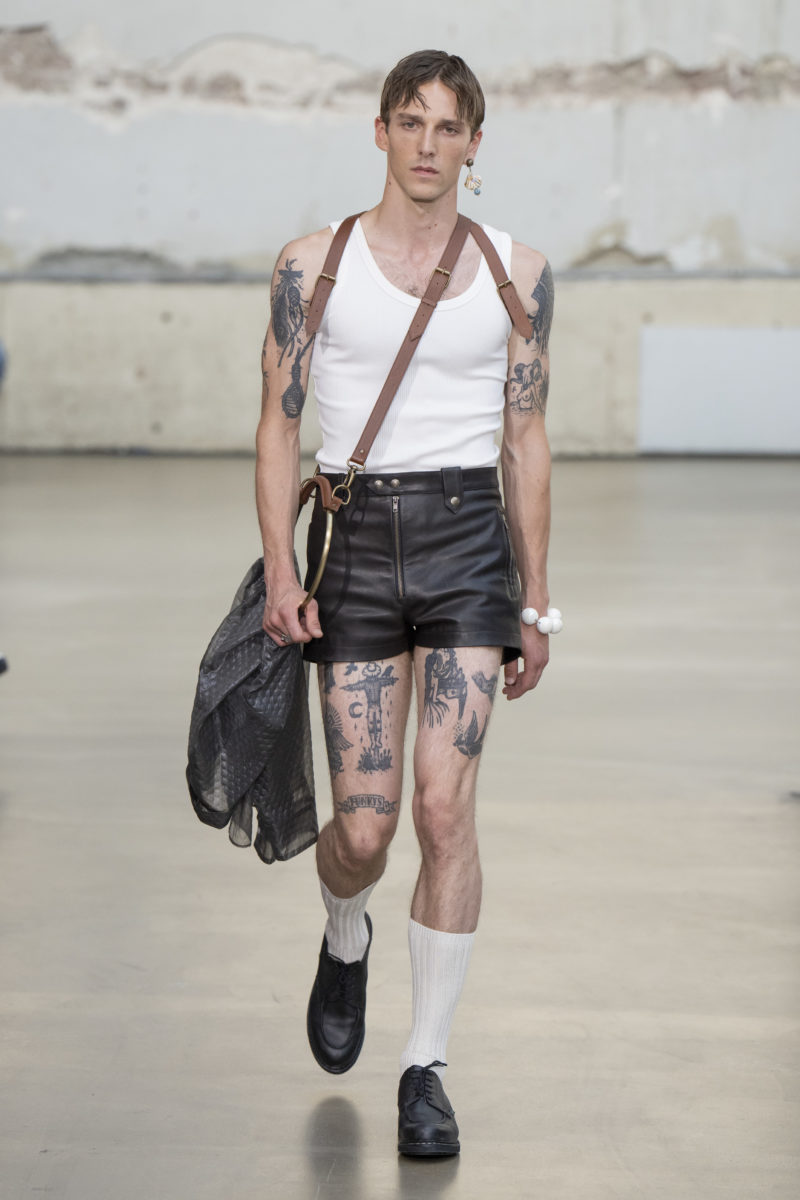 Not enough men are wearing short shorts, in our opinion. But maybe now with Donald Glover as the new face of the hot pants movement, things will finally turn around.

The Atlanta actor was recently photographed out in Manhattan in a yellow monochromatic outfit that comprised a bucket hat, sneakers and, yes, short shorts, signalling the start of another “thigh guy summer.”

For one, menswear can be restrictive, creatively speaking. The clothing is usually minimal and predictable, leaving little room for self-expression. But there’s more to the story.

Most of the comments about Glover and Ventimiglia were pegged to their attractiveness, specifically their toned physiques. There seems to be a misunderstanding that, in order to wear short shorts, you have to be lean or muscular, reminding us all that fatphobia is just as pervasive in menswear.

A little history lesson: men’s short shorts were popular in the “anything goes” decade of the ‘70s and into the ‘80s. From Harrison Ford to John Travolta to Tom Selleck, teeny inseams were in. Then, in the ’90s, we waved goodbye to men’s thighs and welcomed low-slung bottoms. It was the dark age of cargo shorts, complete with numerous pockets and zippers and plenty of extra material.

Though short shorts were brought back to the menswear runways in the 2000s, the garment had yet to be reinstated as a summer staple — until now. At Paris Fashion Week Spring 2023, genderless label EgonLab presented a collection of micro-mini shorts. Prada’s menswear show also featured a selection of leather hot pants.

Designers are clearly trying to rewrite the narrative that men’s fashion is boring. The resurgence of short shorts could also be tied to broader trends in clothing, such as gender fluidity. But with the widespread embrace of above-the-knee bottoms, there’s an important piece missing: size diversity.

The body positivity movement has been more focused on womenswear, and we’ve seen some small changes on runways, in brand campaigns and in size ranges. But much like the micro-mini skirts taking over women’s fashion, men’s micro-mini shorts are only seen on slender models.

In fact, the tall, muscular male archetype has yet to be meaningfully challenged on the runway or in many men’s size ranges. According to Vogue Business, just seven out of 77 brands across the Fall 2022 menswear season featured plus-size models. And this Spring 2023 season is reportedly no better.

But there has been some progress. Take Rihanna, who enlisted non-thin models for her Savage x Fenty campaigns, or designers like Willy Chavarria, who sent men of varying sizes down the runway. On TikTok, male body acceptance is gaining more traction, with millions of views on videos discussing the effects of body shaming and the importance of size representation.

The radical return of once-maligned men’s short shorts signals a time to rebel. As the risqué garment makes its way into the mainstream, it’s time for a paradigm shift in men’s body acceptance. Next up: crop-tops.

A Young Queen Elizabeth: See Rare Photos of the Monarch During the 1950s and 1960s

Kate Middleton Recycles a Dress From One of Her Favorite Labels