Skip to Content
Home / Fashion / Audrey Gelman, Co-Founder and C.E.O. of the Wing, Steps Down 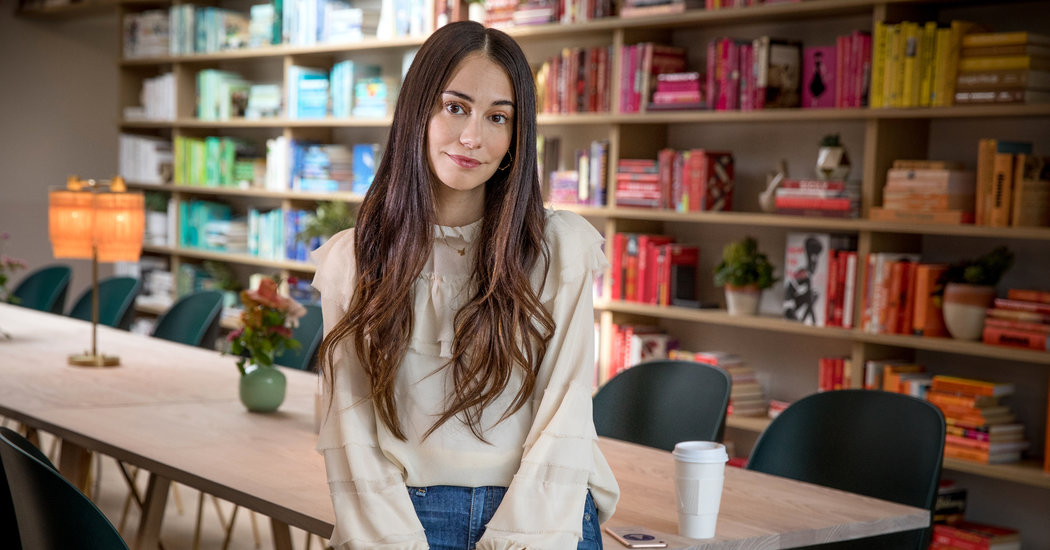 Civil rights movements were good for Audrey Gelman, a founder of the upscale women-only club and co-working space the Wing, until they weren’t.

She adroitly navigated the cultural tide of feminism, female empowerment and the #MeToo movement, transforming herself from a publicist to a veritable power broker.

Ms. Gelman, 33, resigned Thursday. Shortly after she did so, employees went on virtual strike to protest her leadership and to ask for sweeping changes to the management of the Wing.

“The company is elevating leadership from within to create a newly formed Office of the CEO that will be composed of Lauren Kassan, Celestine Maddy, and Ashley Peterson,” a spokeswoman for the company said in a detailed email. She declined to be interviewed.

“The decision is the right thing for the business and the best way to bring The Wing along into a long overdue era of change,” Ms. Gelman wrote to colleagues. She maintains an ownership stake of more than 10 percent in the company and will remain on the board.

“I’m looking forward to spending a little time as a stay-at-home mom,” Ms. Gelman said in an interview Thursday night. She declined to comment further.

“We have been told over and over by our leadership that we’re a mission-driven company, even as the company’s actions consistently prove otherwise,” employees wrote in a statement Thursday afternoon. “In solidarity with so many of our colleagues — past, present, and in particular, the black and brown people without whom The Wing would not exist — as a united group of employees, we are participating in a virtual walkout beginning today. ”

With her business partner Ms. Kassan, Ms. Gelman founded the Wing in 2016 with the idea that women in gig-economy New York needed a place to take meetings, network and refresh their makeup.

Less than a month after the opening of the club’s first location, in New York’s Flatiron district, Donald J. Trump defeated Hillary Clinton in the presidential election, and suddenly the Wing had a new mission and urgency. It chartered buses to ferry members to Washington for the inaugural Women’s March and offered its members panel discussions like “Workshop on Anxiety & Depression in a Post-Trump World and “A Conversation With Senator Kirsten Gillibrand.”

As they rallied around ideals of fighting the patriarchy and celebrating a diversity of female and nonbinary members, a brand was born. In the next three and a half years, Ms. Gelman and Ms. Kassan raised more than $100 million from venture capitalists and investors like Valerie Jarrett, a former adviser to President Barack Obama, and the soccer star Megan Rapinoe, opening eight more locations, from London to Los Angeles.

Amid the hoopla and news media attention that she courted, Ms. Gelman became a self-appointed president of Instagram-friendly feminism, appearing on the cover of Inc. and in the pages of Vogue.

But the Black Lives Matter movement, amplified by the police killing of George Floyd, has not played to Ms. Gelman’s advantage.

Despite the outward attention to promoting diversity among its membership, the majority of Wing members were white and had the means to pay the dues. (In New York, membership costs $215 a month to attend one club and $250 a month to attend any. Dues are waived for about 300 low-income members.)

While the corporate staff was about 40 percent people of color, the employees who ran the spaces themselves — the cafe workers, the cleaners, the maintenance staffs, the desk clerks — were hourly wage earners who were mostly people of color, according to former employees.

The tensions began to rise to a boil last summer, when an altercation took place at the Wing location in West Hollywood between a white guest of a member and a black member. Employees who witnessed the altercation said they felt the white guest was at fault. In accordance with Wing bylaws, employees alerted the white woman that she would be banned from the space.

But Ms. Gelman and Ms. Kassan overturned the decision. Employees at the West Hollywood location and at the New York headquarters were outraged, according to two former senior employees.

When the coronavirus hit, the Wing had to close its locations and laid off more than 300 people. The company announced a Wing Employee Relief Fund. Between April 15 and June 7, employees could apply for one-time assistance grants of $500 each.

By mid-May, several former employees had received their checks, but others had not. On June 1, one employee who asked for an update on her payments was told in an email that “the fund is currently paused as we continue to raise more money and distribute grants to the existing applicants.”

By then, civil rights protests had begun to multiply in what was becoming a national watershed moment for racial justice. Corporations around America have tried to position themselves on the right side of history by posting on Instagram about their commitment to anti-racism.

The Wing was among them, saying to its 548,000 followers that it would make a $200,000 donation to causes associated with the Black Lives Matter movement. That was the same day it told some employees it had run out of money and couldn’t spare $500.

“This is a time of incalculable mourning,” the post said. “The Wing unilaterally condemns all racist and state-sanctioned violence against Black communities. We stand with the protesters who are putting their voices and bodies on the line to advocate for the dire change that we need in this country.”

The response was perhaps not what Ms. Gelman and her fellow executives had hoped. “Hold up, how do you have 200k for orgs when you still haven’t paid numerous employees that applied for the employee relief fund?” said one commenter, among many. “Particularly black & brown space staff who were making $16.50. Big yikes. Check your priorities.”

Others took the opportunity to highlight general work conditions for people of color at the Wing.

“Black lives didn’t matter when majority of the black staff would cry in the break room from the mistreatment from our superiors,” wrote Tahirah Jarrett, 29, a former employee who was paid by the hour. In an interview Thursday evening, Ms. Jarrett agreed to have her comment published. “Black lives didn’t matter when I said I had a miscarriage and was asked to still come into work. The black women of Dumbo had a whole groupchat that we spoke in every single day for MONTHS because we didn’t feel safe working at the wing. Black lives don’t matter to yall.”

The frustration among employees and former employees continued to percolate through the past week, with employees taking steps to organize a response via group chats and emails.

Ms. Gelman stepped down. Soon after, Instagram posts and tweets began to emerge, stating, “Audrey Gelman’s resignation is not enough.”

41 Epic Ascot Outfits From Royals, It Girls and Fashion Editors

5 Ways Fashion Brands Lie To You