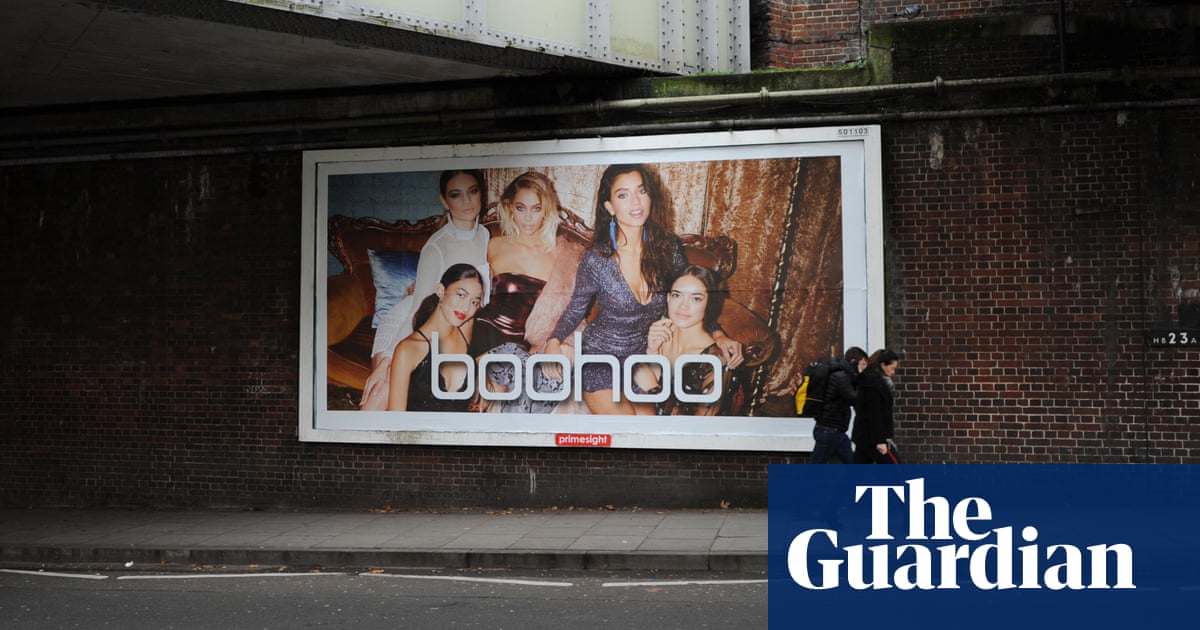 Shares in Boohoo dived nearly 18% on Monday on concerns that revelations about poor conditions in Leicester garment factories might hit sales growth and increase costs.

More than £500m was wiped off the value of the fast fashion site, unwinding nearly all the gains from a short rally on Thursday, amid new reports of problems at factories in the city where Boohoo sources a considerable portion of its stock.

Analysts at Bank of America on Monday put out a detailed note suggesting that the pace of Boohoo’s sales growth in the UK could be halved by the bad publicity while its costs might have to increase by up to £20m a year in order to fix potential malpractice in its supply chain.

Bank of America said Boohoo might have to put up prices or pay more for its clothes in order to ensure workers were paid the minimum wage. It pointed out that a report by the workers’ rights group Labour Behind the Label suggested underpayment of workers in the Leicester garment industry was endemic.

The analysts said Boohoo, led by its co-founders, Mahmud Kamani and Carol Kane, needed to do more to gain “full transparency” on the factories making its clothes.

“Without clarity on which factories are within a supply chain, we believe it would be difficult for management to be certain that there is no malpractice. In our view, a business operating at such scale should really have this visibility,” the analyst David Holmes wrote in the note.

He added that investors “found it problematic” to see the Kamani family name appear in a Guardian story about Morefray, the business at the heart of allegations about poor treatment of those making clothes for Boohoo.

The Guardian revealed that Jalal Kamani, a Boohoo shareholder and the brother of Boohoo’s executive chairman, Mahmud Kamani, had links to Morefray. An undercover reporter for the Sunday Times working at the Morefray factory was told to expect pay of £3.50 an hour, compared with the national minimum wage of £8.72 for over-25s.

“In our view, part of the problem Boohoo has had through these accusations is that it does not appear to have full transparency on all of its supply chain, particularly its Tier 2 suppliers,” said the Bank of America note.

In the light of widespread press coverage of problems in Leicester, Holmes concluded that the pace of UK sales growth for Boohoo could fall to 15% from 30% in the three months to the end of May, although he said overseas sales were unlikely to be affected.

The note admitted that judging the effect on shoppers was difficult. The #boycottboohoo campaign is trending on social media platforms Twitter and Instagram, for example, but has not gone viral. Meanwhile, the pace of downloads of Boohoo’s apps, particularly for the Nasty Gal brand, whose clothes have been linked to allegations of malpractice, has slowed.

Last week Boohoo attempted to reassure investors that it was taking concerns over its supply chain seriously. On Wednesday, the company announced an independent review of its UK supply chain. The review, led by Alison Levitt QC, will be accompanied by a £10m investment in “eradicating malpractice” in its supply chain.

However, the move was not enough to dissuade Aberdeen Standard from selling two-thirds of its stake. Speaking last week, Lesley Duncan, the deputy head of UK equities at Aberdeen Standard, said: “Having spoken to Boohoo’s management team a number of times this week in light of recent concerning allegations, we view their response as inadequate in scope, timeliness and gravity.”

The £18 Product That Jourdan Dunn Uses for Actual Supermodel Skin