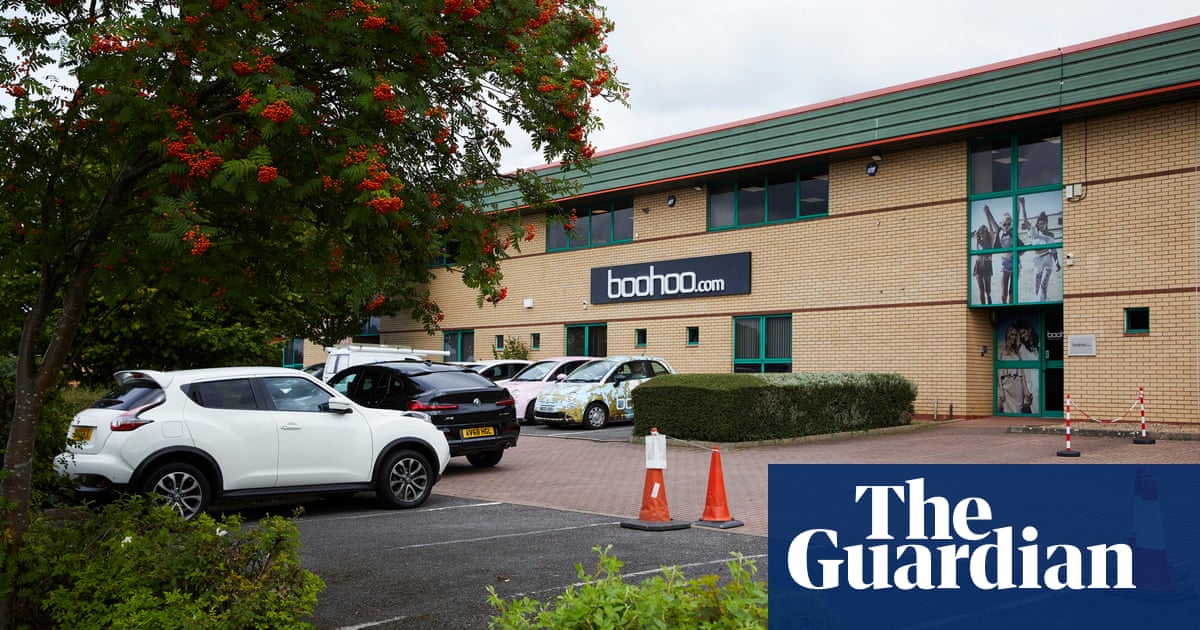 Boohoo, the fashion retailer facing allegations that workers in its supply chain were treated as modern day slaves, has announced plans to set up its own “model factory” to ensure workers are treated fairly.

The company, which was co-founded by billionaire Mahmud Kamani, said it would employ 250 people at a new Leicester factory it hopes will start producing clothes for its PrettyLittleThing and Nasty Gal brands by September.

John Lyttle, Boohoo’s chief executive, announced plans for the factory as the company battles to rebuild its reputation after claims in early July that workers at a Leicester garment factory that supplied Boohoo were paid as little as £3.50 an hour. That is far below the minimum wage of £8.72 for those aged 25.

Staff were also allegedly not wearing protective masks to help stall the spread of Covid-19, and an outbreak in Leicester was linked to the city’s garment district factories.

Lyttle said supply chain working practices exposed by the Guardian and other media had been “upsetting”. “If there’s stuff wrong in Leicester I’d rather find and fix it, not run for the hills,” he said.

“We terminated two suppliers as previously announced because of documentation issues which breached our code of conduct,” Lyttle said. “No evidence of [paying as little as] £3.50 per hour was found. Meanwhile the independent review will proceed at pace and if evidence of payment below minimum wage is found within any of our suppliers we would terminate those relationships.”

Priti Patel, the home secretary, described the alleged working practices as “truly appalling”, and called on the National Crime Agency (NCA) to investigate. “Let this be a warning to those who are exploiting people in sweatshops like these for their own commercial gain,” she said. “This is just the start. What you are doing is illegal, it will not be tolerated and we are coming after you.”

Boohoo launched an independent review of its UK supply chain, led by Alison Levitt QC, and axed two suppliers, Morefray and Revolution Clothing. The firm will give an update on the review, including its terms of reference, this week.

The company has also hired an independent factory auditor, Verisio, which started conducting unannounced spot checks at the fashion firm’s UK suppliers and their subcontractors in May. Since the scandal, the auditor has been visiting the factories to ensure workers are given details of a confidential whistleblower hotline operated by Verisio.

Lyttle said the new factory “will have the latest capital equipment and promote the highest standards of health and safety throughout the facility”. He expects it will produce 50,000 garments a week.

Boohoo has previously said it was “shocked and appalled by the recent allegations” and vowed to work to rebuild the reputation of textile manufacturing in Leicester. It buys 40% of its clothing in the UK, mostly in Leicester, with the rest coming from other countries such as Turkey, Morocco, China, Bangladesh and India.

The scandal sent Boohoo’s share price plunging, and some £1.7bn was wiped off its stock market value, but it has recovered slightly in recent weeks. Major retailers including Next, Asos and Amazon removed all Boohoo clothing from sale.

Setting up its own factory will allow Boohoo to demonstrate best practice, Lyttle said. The company has bought a 1 hectare (2.5 acre) former car showroom to turn into the new factory.

If the factory is not up and running by September, Boohoo will lease a temporary site in Leicester in the meantime. Lyttle said that the firm was looking at opening another factory elsewhere in the UK.

Along with other online retailers, Boohoo, which started as a market stall in Manchester, has seen sales surge during the Covid-19 pandemic. It is expanding, with plans to open another warehouse in the UK in addition to the one in Burnley, where 2,500 people work.

Producing some of its clothes itself is also part of Boohoo’s strategy to get its fast fashion quickly to consumers. Spain’s Inditex, the owner of the Zara chain, makes its own clothes so it can get them into shops quickly.

Lyttle said while a lot of retailers were ordering stock six to nine months in advance, Boohoo was planning only two weeks ahead. Buying a large chunk of its garments in the UK meant that Boohoo can get its clothes from the factory to customers within days, rather than weeks if they were imported. Having its own factory should speed things up further.

The Essential Guide To Varsity Jackets