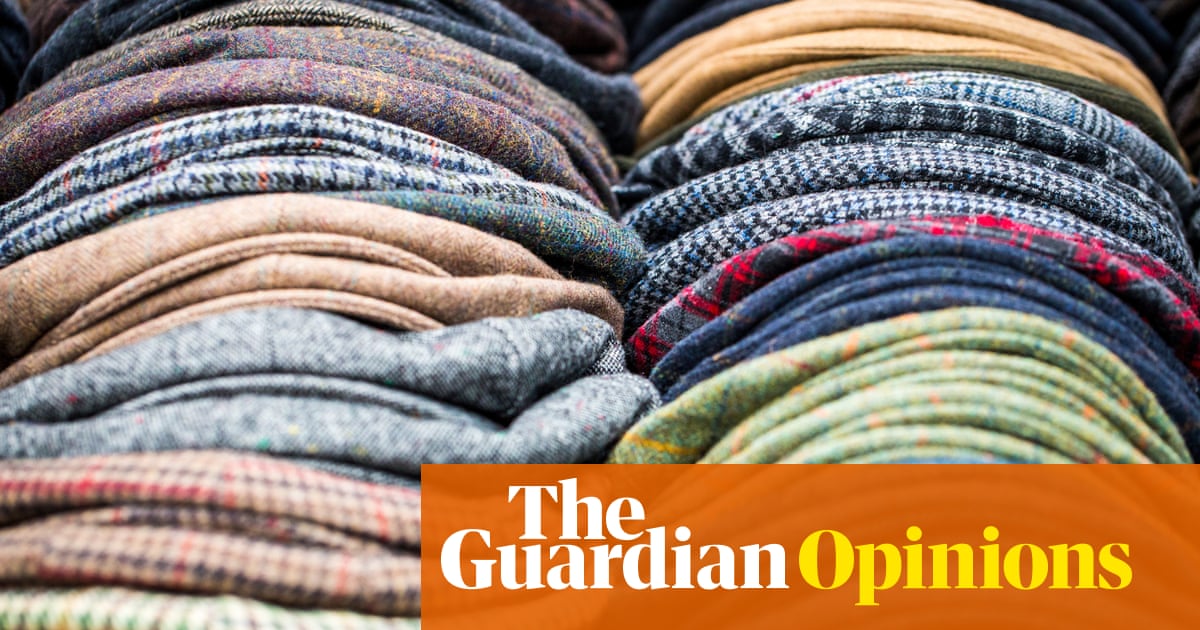 I’ve always wished we made more stuff in the UK. I trace this back to reading a little poem typed out on a scrap of paper pinned to the wall of a pub in Pensnett in the Black Country in 1985.

I was on a pub crawl for a mate’s 18th birthday. At the time there was much excitement about the development nearby of one of Britain’s first shopping malls, the Merry Hill Centre. This was built on the site of the Round Oak steelworks, which had closed in 1982 after 125 years. The poem was about workers leaving Round Oak for the last time. The line that transfixed me went something like: “Blokes who’d worked there for years and years, walked away crying their tears.”

For a long time I’ve been a pitching a programme in which I try to live as best I can wearing, eating and using only things made in Britain. This pitch enjoyed varying degrees of failure over the years but suddenly it has been commissioned, by BBC Radio 4. As ever in broadcasting – which is always about hurry up and wait or, in this case, wait and hurry up – the piece is now required for delivery alarmingly soon.

Accordingly, I rose the following morning and considered my breakfast. I had made the bread myself from, I think, British flour, but the butter was Danish, so that was no good. Marmite was applied direct to the bread, and if Marmite isn’t British-made then that is the death of hope; I didn’t even check.

I called my friend Artur, whose building firm did out my flat, to ask what of what I live in was British-made. “Not much,” he laughed. “Possibly just the glass in the windows.”

“What about the wooden floor?”

I popped out to see my fruit and veg mate at his stall on the high road and was pleasantly surprised to find root and green vegetables and herbs galore to play with. British fruit was less abundant, but apples and pears can keep me regular enough. How I scoffed at the asparagus, imported from darkest Peru. Six thousand miles seems an awful long way to bring something that makes your wee smell terrible. And then there were the wild mushrooms from, of all places, Belarus; they surely deserve a radio show of their own. I’ll pitch that next.

So far so good, but what to wear? This was trickier. It turned out that if I were to walk the streets wearing only my British-made casual clobber I would have risked arrest. It amounted to three items: a Derbyshire-born jumper, some old shoes from Northampton and a pair of walking socks from County Down. No pants, no trousers. Mayday signals were sent up, and a number of British manufacturers came good. A company in Newcastle sent a couple of good T-shirts; trainers made in Cumbria did nicely, as did some underpants stitched near Portsmouth. All I remained short of was trousers, of which, for some reason, conspicuously few are made here in Blighty. Oh yes, I also had a charming tweed flat cap from Yorkshire, but I looked a proper plonker in it, so I’ll have to buy a British-made hatstand and leave it at home.

The following day I had to get from London to Manchester to record some episodes of Countdown. Aboard a Pendolino train – assembled in Washwood Heath, Birmingham, albeit with a body made elsewhere – I thought about how I felt to be clad in British apparel. Well, it just felt logical, or at least not illogical; as opposed to how I had felt that morning, packing outfits to wear for the recording of the Countdown programmes, when I had noticed my shirts were made in Thailand, China, Bangladesh, Cambodia and Myanmar.

Really, what’s that all about? In Wolverhampton I picked up a rare thing indeed – a car with an engine made in Britain. Happily, at the wheel of this Jaguar F-Pace on the M6, a call came in from a chap from Hebden Bridge who makes jeans. I was running late so we arranged to meet in a layby just off the M62 on Saddleworth Moor. There, as the last of the wintry sun set over Oldham, I dropped my Wrangler’s and donned these jeans, which fitted perfectly. For my programme, Living British, I’m trying to understand why so little stuff is made here and if it actually matters.

I’m no sentimental commercial jingoist; I get that if stuff can be made elsewhere for the right price then that is difficult to resist. I also understand the argument that it’s best to leave the worthy toil of manufacturing to those best placed to do it, while we focus on the clever added-value capers of design and branding and so on. But surely there needs to be more of a balance, not least for the jobs that could be created.

I’m as patriotic as anybody, proud of being from a country so brilliant in the creative industries, tech innovation, engineering, medicine and, though I hardly understand any of it, even financial services too. But it would surely be good for our souls to actually make a critical mass of stuff too. I get the feeling that we tell ourselves our manufacturing can’t compete with elsewhere, so we’ve given up on it.

The facts don’t quite support that: depending how you measure it, manufacturing accounts for up to 20% of the economy. We’re not all that bad at it. But if kids are growing up thinking we are, they can’t be blamed for not harbouring ambitions to change anything. Perhaps they’re not interested in apprenticeships that could take them down that road, or maybe we just don’t offer enough of them. In my time I must have asked hundreds of teenagers what they want do with their lives. Precisely none have told me they would love to own a factory making things. That’s such a shame.

In checking if that little poem about the steelwork’s closure was online somewhere, I came across another one on the subject. Th’Earl’s – Gone West by A Billingham. You may need to see if Google Translate does Black Country, but here’s a bit of it:

Men round ’eer am bred ter werk
Evolved through tryanny, toil an murk,
Ess in their blood, the never shirk;
Why cor they work some moower.

• Living British is on BBC Radio 4 on 15 December at 4pm, and thereafter on BBC Sounds

‘You are more than a body’: the lingerie brand that picks models without seeing them