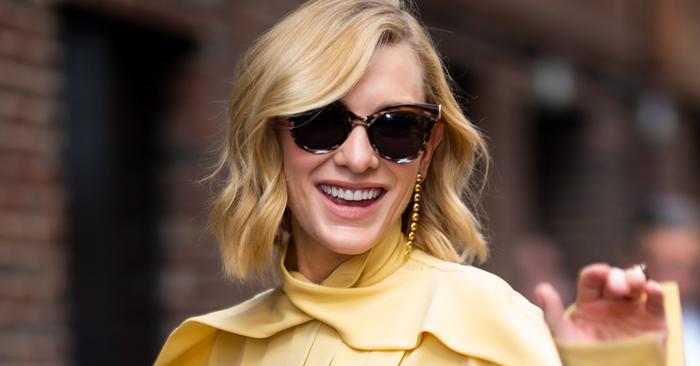 ‘Ageless fashion’ is a term that editors have latched onto over the last few years, and Cate Blanchett is one of the best examples of why you should wear whatever you want at any age. The 50-year-old Hollywood actress always looks elegant and graceful, however she is never afraid of making an impact with her styling choices and just having fun. This is a woman who is more likely to wear a feathered cape than a little black dress and her red carpet back catalogue is filled with theatrical couture creations which are anything but safe. This week she is promoting her latest film Where’d You Go Bernadette, and she hasn’t disappointed on the outfit front.

Cate’s stylist Elizabeth Stewart expertly blends classic pieces, such as timeless workwear staples by The Row and black stilettos by Sergio Rossi, with real show-stoppers. This week she has worn a bright pink trouser suit by Akris, for example, and an 80s trouser suit by Alexander McQueen which most other actresses would shy away from. Keep scrolling to see the five winning outfits Cate Blanchett has worn this week.

Why the Babydoll Dress is a Timeless Summer Staple