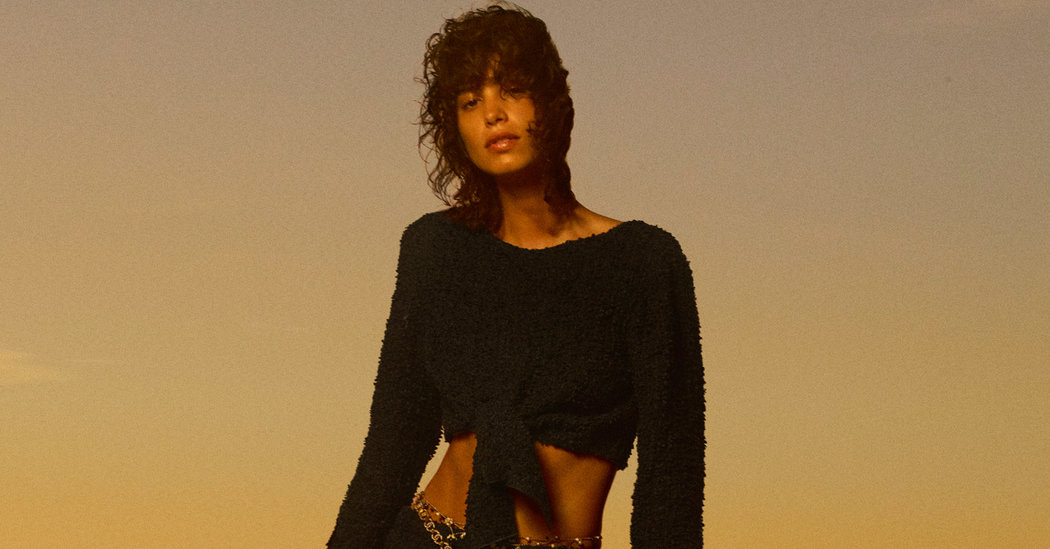 The first big digital fashion show of the pandemic era — which is to say, the first big show since real shows were canceled — was unveiled on June 8. It followed a weekend in which protests against police brutality and racism sparked by the killing of George Floyd proliferated not just in the United States, but around the world. And it came as more cities and countries gingerly tiptoed their way toward reopening.

Against this background, perhaps the Chanel cruise collection was never going to look particularly good. Originally intended as the first big traveling show of Virginie Viard’s tenure as creative director, and originally scheduled for May 7 on Capri, the cruise show “didn’t happen in the end because of lockdown,” Ms. Viard said in a statement. Instead, “we had to adapt.”

But even allowing for circumstances far beyond a brand’s control, the collection of pieces (videos, still images, clothes and collection notes) that made up the show were disappointing on a number of levels.

And not just because all weekend, as the protest marches took place, Chanel teased the event with videos on its Instagram feed that featured tweeting birds, waving bougainvillea and crashing waves (and appeared incongruously just after a trio of black squares in solidarity with #blacklivesmatter).

But because the presentation, and the clothes themselves, seemed to entirely ignore the cataclysmic context in which they would be worn. It was more like a return to some of high fashion’s escapist failings of the past rather than a meaningful step toward the future.

So there were gorgeous scene-setting landscape shots of rocky tors from some uninhabited Mediterranean island of the mind; of foaming surf and whitewashed bell towers; of sunsets, wildflowers and towering cactus.

There was a lone woman standing on what looked like a columned terrace framed by an endless blue sea or bathed in the fire opal shades of cocktail hour (behind-the-scenes footage suggested the model was actually in a studio against a backdrop). Her hair was blown gently by a wind machine, her toes scrunching among surf-smoothed pebbles. A woman wearing pastel leather Bermuda short suits, midriff tops and belly chains and faded, high-waist slouchy denim.

A woman wearing frumpy bouclé skirt suits and bouclé jackets knotted at the breastbone over hip-slung skirts unbuttoned to show a lot of leg, cropped Chanel tie-dye and LLDs (little lamé dresses). Also long lamé dresses. And wrap dresses. Bikini tops and flat sandals. Relatively understated double CC logos. All of it entirely in line with Ms. Viard’s implicit desire to take the bombast out of the brand and lighten it all up.

It’s an aim that should have made the collection feel connected to a world that has been largely in working-from-home lockdown for the last few months, with its related working-from-house dress. According to Ms. Viard’s statement, “not only did we decide to use fabrics that we already had” (thus being more sustainable), but many of the looks were actually transformative. The skirts could become strapless dresses, the jackets untied and worn long or short.

And yet it mostly just seemed irrelevant. The video and pictures could not come close to the experience that even a livestream of a show in a specific geographic location conveys; on their own they felt like an old fragrance commercial. Even the absurd, spendthrift sets of the Karl Lagerfeld era were more effective at conjuring a point. (I never thought I would be nostalgic for a fake rocket ship in the Grand Palais, or a bistro.)

Close-ups of the materials used, the tactile details of the clothes, would have been more evocative (and less clichéd) than close-ups of flowers.

Maybe it was too much to ask Chanel to reimagine the show experience for a world in turmoil. There were technical issues with even the basic pieces it did create; the video was late, just like shows IRL.

But the brand didn’t have to do it in the first place. It could have skipped the season, like many others. Or simply sent the pictures to its stores and retail partners. Instead, it chose to stick with its version of the show as a public statement of intent and aesthetic. Shouldn’t one of the benefits of a digital presentation be its flexibility, and the ability to rethink it (or at least the news release) according to public events, even up to the last minute?

If this is how a fashion house “adapts” to the changing world — if these are the clothes that are the response, if escapism is presented as an answer, if photographs and video simply attempt to mimic what once was, as opposed to reframing what could be, if a statement from a designer can’t even acknowledge the pain and complications of her consumers, even the rich ones — then, pretty as the products may be, it is not doing its job.

13 Types Of Shirt Every Man Should Own