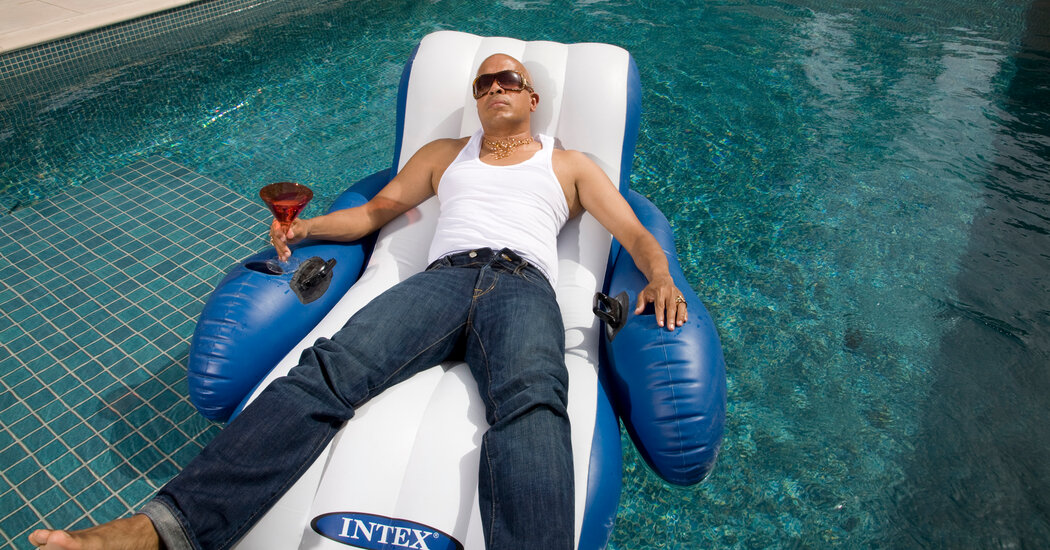 There he waited on Jackie Onassis and Bunny Mellon, the heiress to the Listerine fortune and horticulturist (who famously designed the White House Rose Garden). He recalled admiring the way they chatted in French as they shopped, as well as Mrs. Mellon’s simple shift dresses, Jean Schlumberger bangles and flats, and the way she rode in the front seat of her Mercedes with her driver and bought garments in multiples, clocking a lifestyle that was at a level, as he put it, that seemed just right.

In the 1980s he was also part of the club world, one of a group of young, gorgeously dressed gay men beloved by the doorkeepers of Studio 54, the Paradise Garage and, later, the Sound Factory.

Mr. Khan hung out with Keith Haring and Jean-Michel Basquiat, danced with Diana Ross and met Madonna — and her young dancers José Gutiérrez and Luis Camacho, who were stars of the underground dance scene. Mr. Khan became their manager (they were not singers, but they made an album), and he dressed them, too, as he once put it, “dripping in sequins and bejeweled tights.”

Possessed of a kind of fatal optimism, as Mr. Campbell described it, Mr. Khan first went astray in the early ’90s: Caught selling borrowed clothing intended for the duo, he spent eight months in an upstate New York prison, a precursor to his larger fraud a decade later. After Mr. Khan’s release, Mr. Campbell remembered running into him at a party for the magazine editor Tina Brown, as effervescent as ever, though he was working as a waiter.

Mr. Khan returned to Trinidad in 2005 after his second stint in prison, stripped of his green card and with $10 in his pocket. A childhood friend, Cheryl Lala, then creative director of an advertising agency, hired him to style supermarket calendars and commercials for a chain of clothing stores. He threw himself into that work, Ms. Lala said, with his customary energy and good cheer.

And when another friend enticed him to move to Dubai, Ms. Lala was happy to pay for his ticket and his visa. There, the fate that was promised him — or that he imagined — never quite materialized. His jewelry line fizzled, as did a reality show and a book deal. But Mr. Khan made ends meet as a professional networker, organizing events, introducing powerful friends to other powerful friends and often relying on the kindness of those friends.

7 Casual Jackets You Can Wear With A Shirt And Tie

COS Has the Best Summer Dresses: Here Are Our Favourites

Remembering Pierre Cardin With His Best Looks in American ‘Vogue’