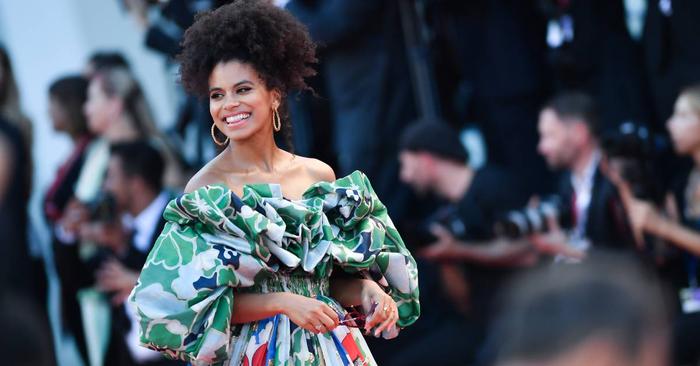 Feathers! Sequins! Ruffles! If it’s even slightly flamboyant, you can bet your bottom Euro that the Venice Film Festival red carpet has it. The 76th annual event kicked off on 28 August and will run until 7 September, and now that we’re deep into the event we’ve seen some spectacular looks. A-listers such as Scarlett Johansson, Meryl Streep and Sienna Miller have all been attendance so far, and all have given us some brilliant red carpet moments, with Sienna’s Gucci dress being a particular favourite. But so far the real MVP of Venice Film Festival has to be Billie Piper. The actress has showed off great outfit after great outfit. One minute she’s wearing a sparkling Erdem frock the next she’s channeling La Dolce Vita in a black lace Saloni dress.

As usual, this festival isn’t just reserved for actors—there are also international models gracing the red carpet, making it an even more glamorous affair. So far, the ultimate showstoppers have included Iman, who stunned in a blue, white and red feathered Valentino gown and Penelope Cruz in a white taffeta Ralph & Russo dress. Other notable looks have come from model Madalina Doroftei, who wore a oversized Tinkerbell-inspired look, and Candice Swanepoel in a slinky gold Etro gown.

Ready to see the rest of the most over-the-top red carpet of the summer? Keep scrolling.

Tenniscore Looks to Wear On and Off the Court

I Think These Boots Are the Best on the High Street

Will They See Me as a Son, a Daughter or a Stranger?