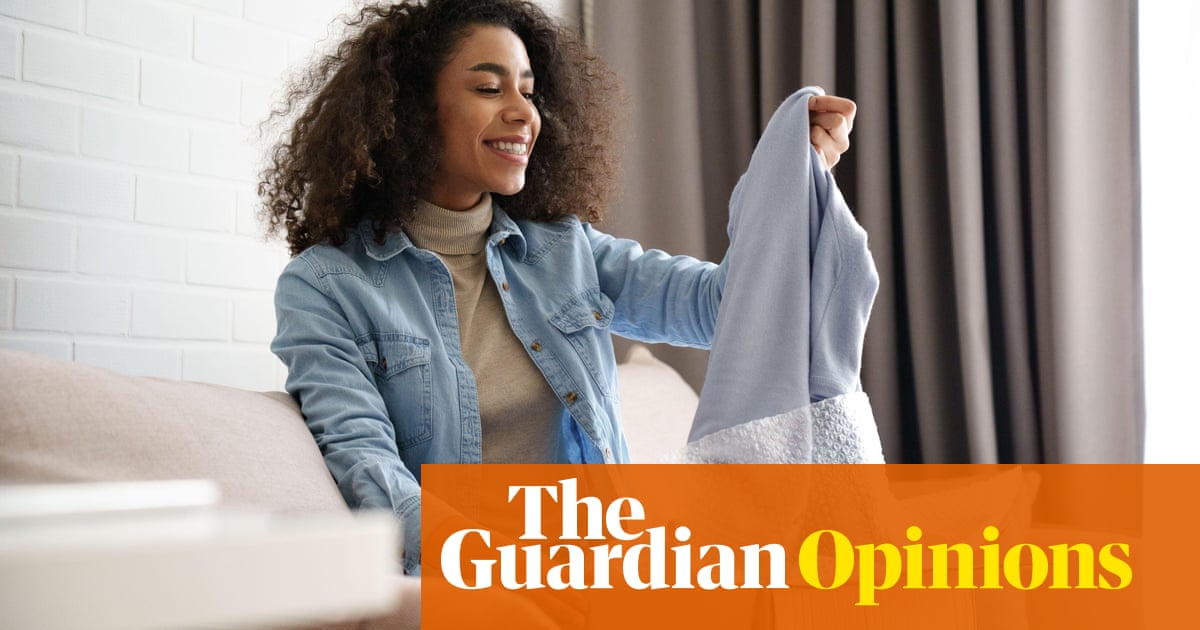 During lockdown, everyone’s id has been allowed to float untethered. Obsessions, manias, strange desires and perverse fantasies have risen to the surface as the conventions of normal life melted into a free-floating miasma of Netflix and pasta bakes.

Judging by the spike in sales of fast fashion, many people across the nation are buying outfits for an alternative fantasy life rather than their homebound realities. In their imagined Sliding Doors timeline they’re having brunch cocktails on a hotel balcony in Ibiza or dancing the night away in “the club”. And so they logged on to cheap clothing sites and bought a polyester playsuit, some bold separates and a nylon dress in a snappy print that will fall apart after three wears.

Consumers might be seduced by hanger appeal, but at what cost? Boohoo’s share price has tanked as alarm grows around the treatment of the workers in one of its supplier’s Leicester factories. Allegations include unfit working conditions, staff forced to work through lockdown, an absence of sanitiser or protective equipment and long-term employees paid between £3.50 and £5 an hour – less than half the national living wage. Boohoo has said it is investigating the claims and will cut ties with any supplier that breaches its code of conduct.

None of this is really a shock. Awareness of the exploitative and unequal production conditions of fast fashion – which UK consumers hoover up like so much junk food – has been growing for the past few years. Fashion has a long supply chain that makes placing the blame and divining who is truly responsible for exploitation difficult. Fashion industry activism extends well beyond the Leicester garment district to address sweatshop labour, factory conditions, child exploitation and the ecological cost of the entire international cycle of clothing manufacture. But lockdown has forced simmering issues up to the boil, so they are now impossible to ignore.

We pay more or less for the clothes depending on each brand’s marketing spin, but the workers are paid a pittance and treated like dirt

The division of labour is gendered: women toil at machines in factories, men work in warehouses and as delivery drivers. The wider inequality is also heavily racialised. During the “urban vigilante” phase of lockdown, when we were all dobbing and snitching on our neighbours, I used to rage-watch as delivery drivers had to go up and down the street with their soft grey plastic packages of crappy beachwear. All the drivers were black or brown. They all looked knackered. None seemed to have gloves or a mask or bleach spray or hand sanitiser. They were having to touch dozens of parcels and doorbells and porch-fronts a day.

Some might argue that the human sacrifice of black and brown workers is needed to keep the economy going, because otherwise it will tilt into a full depression, with mass unemployment. But Boohoo chief executive Mahmud Kamani is a millionaire. Sorry – my mistake – he’s actually a billionaire. And he is also the biggest shareholder in Boohoo group, which also owns Pretty Little Thing and Nasty Gal. Oh, and Coast, Karen Millen, Oasis and Warehouse. Cheap and mid-range clothes are often made in the same factories by the same people, with the same cost price.

But all too often this is how big businesses in the mainstream fashion industry work. We pay more or less for the clothes depending on each brand’s marketing spin, but the workers are paid a pittance and treated like dirt. Once you really start looking at the fashion industry, its outer allure soon appears as flimsy and transparent as poor quality dress fabric.

The “Infrared” Air Max 90—or Is That Air Max 3?—Belongs in the Sneaker Hall of Fame