Skip to Content
Home / Fashion / Frans Nieuwendam, Who Knew Style and Had It, Dies at 60 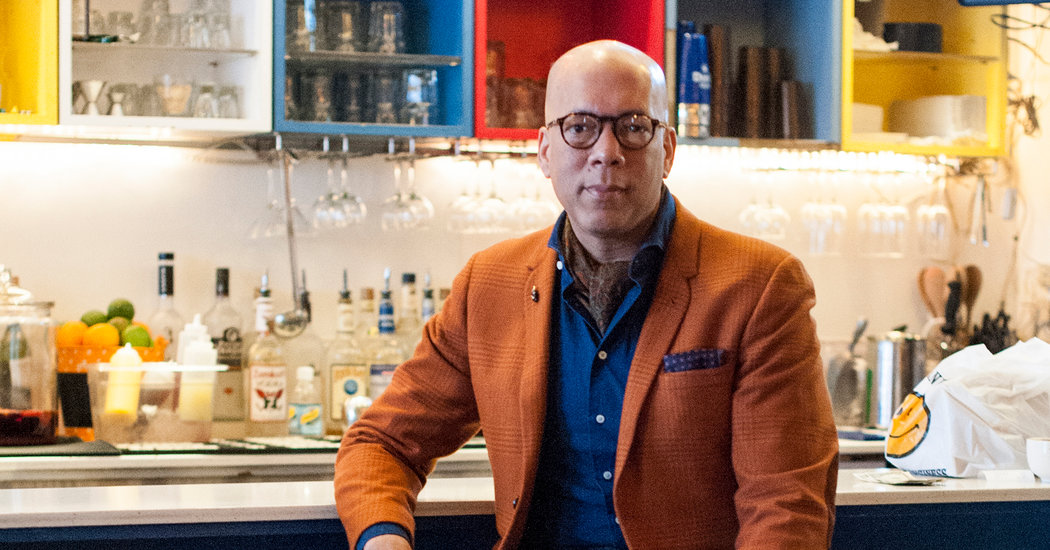 This obituary is part of a series about people who have died in the coronavirus pandemic. Read about others here.

In 2009 The New York Post profiled some of the gatekeepers working doors at the city’s trendiest nightspots. One was Frans Nieuwendam, who had counterintuitive advice for women hoping to gain his approval for admission to Bijoux, in the meatpacking district: Don’t bother trying to flash your way in by showing a lot of skin.

“I look for a more sartorial approach rather than a revealing outfit,” he said. “There is a way to be sexy but still be sophisticated.”

Sartorial sophistication was something Mr. Nieuwendam (NEW-in-dahm) knew a bit about. When he wasn’t plying his part-time job as gatekeeper, he was working in the fashion business, as a made-to-measure specialist helping men’s wear customers at Barneys and other retailers and as a consultant for, and producer of, fashion shows.

For decades he was behind the scenes at New York scenes, working not only at Bijoux but also at Centro Fly, Float and other high-end clubs back in their heyday; advising about an outfit or the casting of a fashion show; holding forth authoritatively on a wide variety of subjects; or, often, just listening.

“He literally radiated out into the universe,” Rebecca Pietri, a freelance creative director who used Mr. Nieuwendam as a consultant on fashion events, said in a telephone interview. “He really was everybody’s Yoda.”

Mr. Nieuwendam died on May 3 at his East Village apartment of the novel coronavirus, Ms. Pietri, his longtime friend, said. He was 60.

François Nieuwendam was born on Feb. 3, 1960, in New York. His brother Andre said their mother, Norma Joyce Swaby, was from Jamaica, and their father, Freddy, was from Suriname; their parents’ complicated relationship, he said, led to the boys’ living with various aunts and uncles in the Netherlands, Suriname and Switzerland for a time, and later in London and Portugal when their father’s work took him there.

Left on their own in London as adolescents while their father worked, Andre Nieuwendam said, they roamed the city, with Frans gravitating toward the fashion scene there.

“His favorite day trip was Harrods,” he said by email.

In addition to his brother Andre and his father, Mr. Nieuwendam is survived by two other brothers, Alexandre and Felipe; a stepbrother, Ricardo Pereira; and his stepmother, Lourdes.

Frans returned to New York and earned a bachelor’s degree in English at Stony Brook University in 1985. A friend suggested he try a buyer training program in retail, and he was soon working as a buyer and manager for Bloomingdale’s in Chicago and then New York. In 1994 he began a four-year stint in merchandising at Armani.

But, he said in a 2010 interview with the website LookBooks, he longed for something more creative, and he began working on friends’ fashion shows.

“I started as a dresser backstage,” he said, “then coordinator, show D.J. and eventually producer-director. I was also doing some commercial and editorial styling.”

And he was making a lot of friends in the fashion and nightlife scenes. One was Henri Scars Struck, a composer and producer who arrived in New York from France in 1996. Mr. Nieuwendam, he said in a telephone interview, let him stay in his apartment for several months until he could find his own place.

There was, he said, another resident as well: “He had a huge iguana.” The lizard’s name was Icarus.

Sudha Chinniah met Mr. Nieuwendam in 2003 when both worked at Bergdorf Goodman; they collaborated on several fashion projects over the years.

“Frans was absolutely the most stylish man in any room he entered,” Mr. Chinniah said, “but dominated much more profoundly in his elegance of character and ability to connect with anyone he met.”

4 Colours That Will Make Your Wardrobe Look Luxe This Autumn