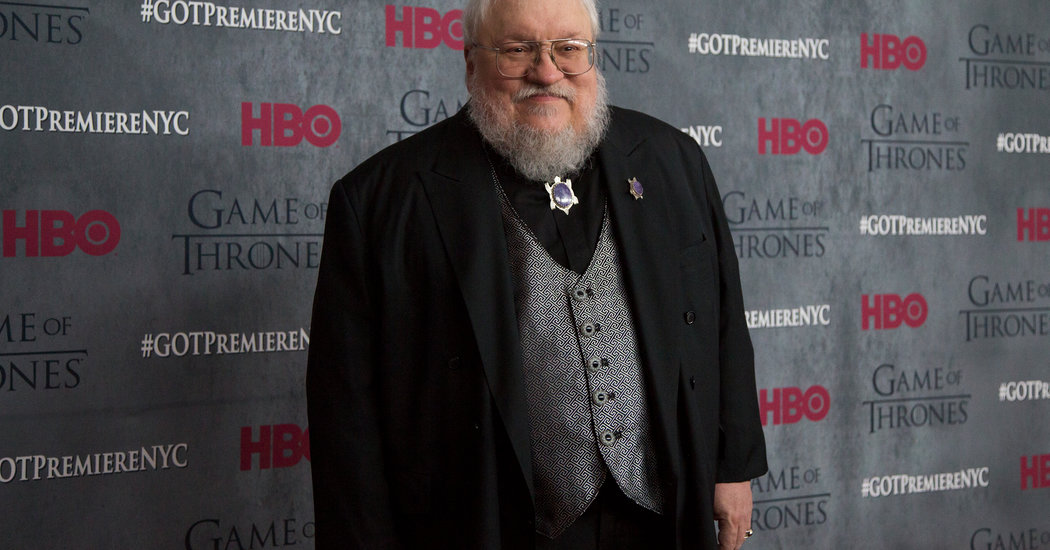 Winter may finally be on its way to Westeros. Eventually. Or not.

But all that fans of “A Song of Ice and Fire,” the sweeping fantasy series that led to the HBO hit show “Game of Thrones,” have to go on is the word of George R. R. Martin, its creator.

Mr. Martin, who is 71 and lives in Santa Fe, N.M., has for years blown past deadlines to deliver the final manuscript for “The Winds of Winter,” the sixth book in the series, which began publishing in 1996. On Wednesday, he tweeted that “the enforced isolation” of life during a pandemic was helping him to make “steady progress” on the book.

He did not say when readers might get a look at it. “I finished a new chapter yesterday, another one three days ago, another one the previous week,” he wrote in a Tuesday update to his blog that was shared with the tweet. “But no, this does not mean that the book will be finished tomorrow or published next week. It’s going to be a huge book, and I still have a long way to go.”

I have to confess, after half a year of pandemic, I am showing signs of cabin fever. If nothing else, the enforced isolation has helped me write. I am spending long hours every day on THE WINDS OF WINTER, and making steady progress. https://t.co/i0DRw51PC7

He also lamented that he had been forced to cancel plans to visit New Zealand, but said there was “definitely a silver lining in that cloud.”

“The last thing I need right now is a long interruption that might cost me all the momentum I have built up,” he wrote. “I can always visit Wellington next year, when I hope that both Covid-19 and THE WINDS OF WINTER will be done.”

That was the only clue for his publication plans. He urged fans not to “give any credence to any of the click-bait websites that like to parse every word of my posts,” although fans of the series are well known for doing that on their own.

David Moench, Mr. Martin’s representative at Random House, declined answer questions about the timing of the next book.

“George Martin is not available for an interview, as he is indeed focused on writing THE WINDS OF WINTER,” he said. “Random House will publish that book once it is finished, whenever that may be.”

On Reddit, fans at the “A Song of Ice and Fire” subreddit responded to the announcement with a mixture of despair, excitement and plot suggestions. “This is not great news, it hardly even qualifies as news,” one contributor wrote. “I hate to be negative but the only posts I want to see are about an imminent release,” another wrote.

Hungry fans of the written series have gathered at the subreddit for years, collectively sharing their hopes and frustrations for the series, noting each blog update and dissecting every word from the author in an attempt to find just one more bread crumb about the upcoming book.

Mr. Martin also assured readers that he was healthy “for an out-of-shape guy of 71,” gave a few author recommendations — Stephen King, Emily St. John Mandel — and said he was still involved with the slow production of “The House of the Dragon,” HBO’s follow-up to “Game of Thrones.”

“A Dance With Dragons,” the most recent volume in the series, was published in 2011. The HBO adaptation began airing at nearly the same time, stretched on for eight years, and then lapped Mr. Martin’s production of plot. While that show soared to audience heights, regularly breaking HBO audience records, it ended in critical defeat for its creators.

Mr. Martin has declined interview requests from The New York Times this year, and his team is protective of his writing time. He did find time in recent months to buy a railroad with his friends. (He also owns a cinema in Santa Fe.)

With a possible delivery date of 2021, that would make the unfolding of the books a three-decade process.

Except “The Winds of Winter” is not the end of this story. There’s meant to be one more.

Balenciaga Shows That Great Fashion Doesn’t Have to Be Escapist