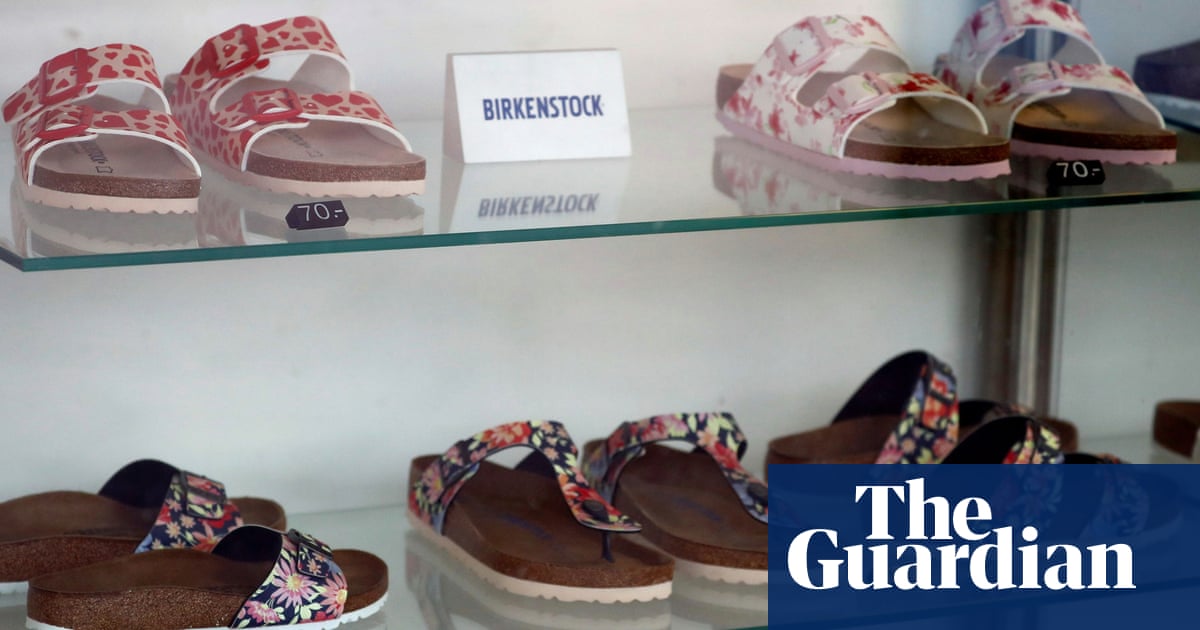 The French family behind Louis Vuitton and Christian Dior is to take control of the German sandal maker Birkenstock in a deal thought to be worth €4bn (£3.5bn).

Financière Agache, the family investment firm of Bernard Arnault, the French billionaire who controls the designer brand conglomerate LVMH, and L Catterton, a private equity firm part-owned by LVMH, has bought a majority stake in the family-owned footwear brand. The value of the deal has yet to be confirmed.

Arnault fought off a competing bid from the private equity group CVC Capital Partners, which owns dozens of companies including Moto motorway services and the luxury watchmaker Breitling.

Birkenstock said the investment would help it expand in China and India, and fund the development of its website and the expansion of its main German factory in Görlitz.

Founded in 1774 in Langen-Bergheim by Johann Adam Birkenstock, a cobbler, the company set up its first factory in 1925. It will remain partly owned by the descendants of its founder – the brothers Alex and Christian Birkenstock – who will continue to oversee production of its footwear in Germany.

Arnault’s experience in taking brands to Asia, and L Catterton’s ownership of fashion brands such as Ganni, Seafolly and Pepe Jeans are thought to have swung the bid in their favour.

Christian and Alex Birkenstock said: “For the next 250 years we need partners sharing the same strategic and long-term vision as the Birkenstock family. In L Catterton and Financière Agache, we have found those partners. They bring both a deep understanding of the details of a manufacturing business that is all about quality and a respect for brands with a long heritage like ours. We look forward to taking the next steps with our partners and carrying our family business into an even brighter future.”

Arnault said his investment would help the sandal maker “fully realise its significant growth potential”, adding: “Birkenstock was founded nearly 250 years ago and has grown to become one of the few iconic brands in the footwear industry. We truly appreciate brands with this long heritage.”

Interest in comfortable heritage brands has soared during the coronavirus pandemic, helping the bootmaker Dr Martens to launch on the London stock market with a valuation of £3.7bn last month. Sandal makers Crocs and Tevas, and the bootmaker Ugg have also enjoyed booming sales as the world switched to working from home and took to outdoor walks.

Birkenstock’s sales increased 11% to €721.5m in 2019, when almost 24m pairs of its sandals were sold worldwide. The brand’s sales are thought to have surged again in 2020 as its footwear became a lockdown hit in many countries, including the UK.

Luca Solca, a luxury goods analyst at the investment management firm Bernstein, said the investment in Birkenstock was in sync with the direction of the footwear and fashion market. He said the deal followed on logically from the Dr Martens flotation and the private equity firm Permira’s €1.3bn buyout of the Italian trainer brand Golden Goose.

“Previously the focus was on elegant footwear like Jimmy Choo but the pandemic has accelerated a structural shift that was already moving towards casual and informal being the preferred option for consumers. This is not just in footwear but also other areas as well,” Solca said.

Princess Beatrice Just Announced Her Engagement With the Most Classic Ring

Cure Tie-Dye Fatigue with the Newest It-Print for Quarantine