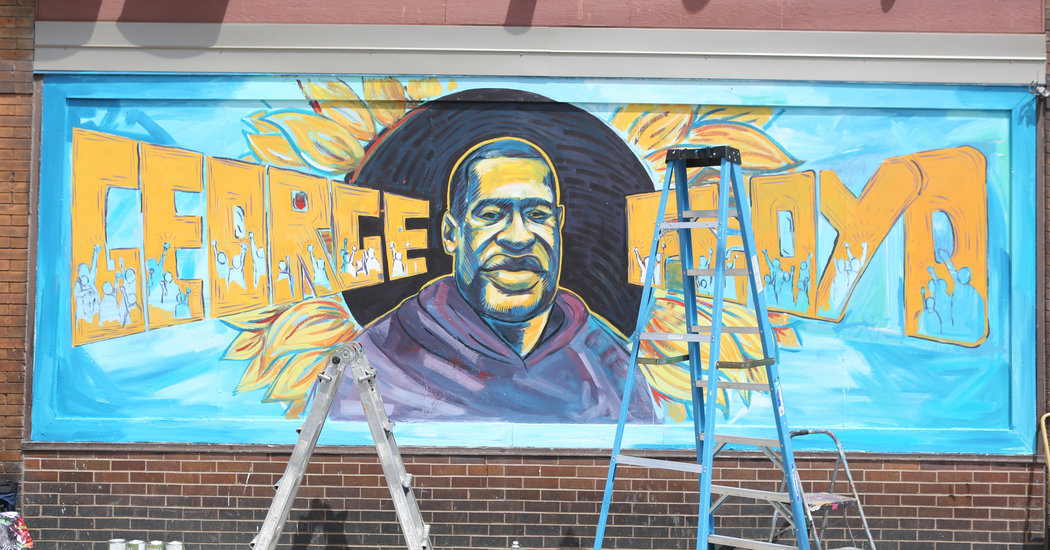 A small Minneapolis bail fund has received millions of dollars in funding from people after the killing of George Floyd, a black man who died on Memorial Day after a white police officer pinned him to the ground with his knee.

Since Wednesday, the Minnesota Freedom Fund, founded in 2016, has received tens of thousands of donations from around the world, said Octavia Smith, the fund’s emeritus board president, many of them stemming from social media. Users posted screen shots of their donations after making them and implored their followers to match their contributions.

Within four days, the fund had raised about $20 million, Ms. Smith said.

“Everyone around the world is ready for justice,” Tonja Honsey, the executive director of the fund, said on Friday. “They’re ready for real change, and they’re supporting that.”

Bail funds are independent charitable organizations that collect money to release those who have been jailed before trials. People who are arrested and charged are often assessed a fee that they have to pay in order to await trial freely.

Bail can cost thousands — even millions — of dollars, and disproportionately affects poor people, who are effectively jailed because they do not have enough money to pay for their freedom. Having those fees paid allows people to resume their lives until their cases’ outcomes are determined.

Such funds have existed in some form for hundreds of years, said Pilar Weiss, the director of the Community Justice Exchange, which runs a directory of bail funds around the country called the National Bail Fund Network.

After years of Black Lives Matter protests, many people have become more accustomed to seeking them out when looking to support protesters. This weekend, as protests took place in at least 140 cities across the United States, calls promoting local bail funds spread on social media.

Sophia Lesperance, a 24-year-old administrative worker in Boston, tweeted Wednesday that she was looking to send money to pay bail for people protesting in Minneapolis. Her friend Huey Hewitt, a student who lives in Western Massachusetts, did some research and quickly found the Minnesota Freedom Fund.

“I know I can’t go out there,” Ms. Lesperance said. “I can’t fly out to Minnesota. I’m going to have to find a way to help out.”

Mr. Hewitt, 23, who will be pursuing a doctorate in African-American studies at Harvard University starting this fall, said that the importance of bail funds had become clear to Black Lives Matter activists, reaching back to the death of Michael Brown in Ferguson, Mo., in 2014.

“I think this is a lesson that a lot of organizers learned from Ferguson,” he said. “As someone who has been involved in movement work for some time now, I just intuitively know there are going to be some political arrests in the wake of this.”

In Minnesota alone, more than 360 people were arrested this weekend. Ms. Smith said Monday that once courts began to open and bail was posted, the fund would begin to pay for the protesters’ release.

Ms. Honsey said on Friday that she expected charges to come on a continual basis, for the next six months to a year.

Last week, some donors provided small incentives to encourage their followers to do the same. Marea Stamper, 42, a D.J. known as the Black Madonna, said on Wednesday that if her followers sent her donation receipts, she would add them to the guest lists for her shows when touring resumes. (She set up a recurring donation, noting that bail organizations need funding “between major news events,” not just in their wake.)

She said that dozens of people had responded to her message and that “the amounts were pretty decent considering everyone’s pretty broke right now. I was like, ‘Who has $50?’” For the Minnesota Freedom Fund, people creatively incentivized donations, promising customized patches and partly nude pictures.

On Thursday, the Chicago rapper Noname said that she had given the fund $1,000 and asked celebrities that followed her to match that amount. Janelle Monáe, Kehlani, Yara Shahidi and others quickly responded saying they had done so.

Other celebrities, including Seth Rogen and the Safdie brothers (the directors of “Uncut Gems”), formed chains, retweeting posts about matching with their own matching donations.

The Atlanta rapper J.I.D. tweeted that he had donated $1,000 in response to Noname’s call. “That’s one of the people that I respect and can just trust her opinion,” he said of Noname in an interview. “That was cool that she helped me find it. I was already trying to find something, just anything. So that was just perfect timing.”

Ms. Weiss said that while there is a long tradition of communities pooling money to pay to free family members or friends — one that dates back to slavery — in the last five years there has been a growth of funds for people who can’t afford bail, spurred largely by the movement to end mass incarceration.

“I think that it’s become language that people know,” she said. “On Twitter, I’ll see that somebody will say, ‘This thing happened, I’ll get arrested. People might need to start a bail fund for me.’ It’s entered the lexicon.”

Ms. Weiss said that bail funds around the country had seen a surge of donations over the weekend, which she attributed in part to the Minnesota Freedom Fund’s visibility on social media. “That a very large audience of people started talking about bail funds definitely helped catalyze it,” she said.

Over the course of the last decade, it has become common for those looking to support a cause to send money to a single destination, often a GoFundMe campaign. Charitable causes of the moment often go viral, flooding the recipient with funds. But the organizers of campaigns intended to benefit large groups of people may not know how to distribute the money when the time comes.

“We’ve been set up doing this consistently,” said Ms. Honsey, of the Minnesota Freedom Fund. “We have all the pieces in place. It doesn’t take time to set up. We know exactly how the process goes.”

The organization has received so much support that it is trying to help others in the area, including the black-led organizations Reclaim the Block and Black Visions. By law, Ms. Honsey said, the fund is not able to regrant its funds to other organizations but is consulting with lawyers to see if there is some way to allocate the funds more broadly.

“This is what we were built for, to be sure that we’re supporting and freeing our people,” she said. “Whether it’s this or it’s Covid or it’s just a regular day, so many of our families are being locked up or being separated. It’s easy to get lost in the moment, but this is what we’ve been prepared for.”

A Family of Four and a Home Office, in 660 Square Feet?