Skip to Content
Home / Fashion / How to Sing a Digital Duet 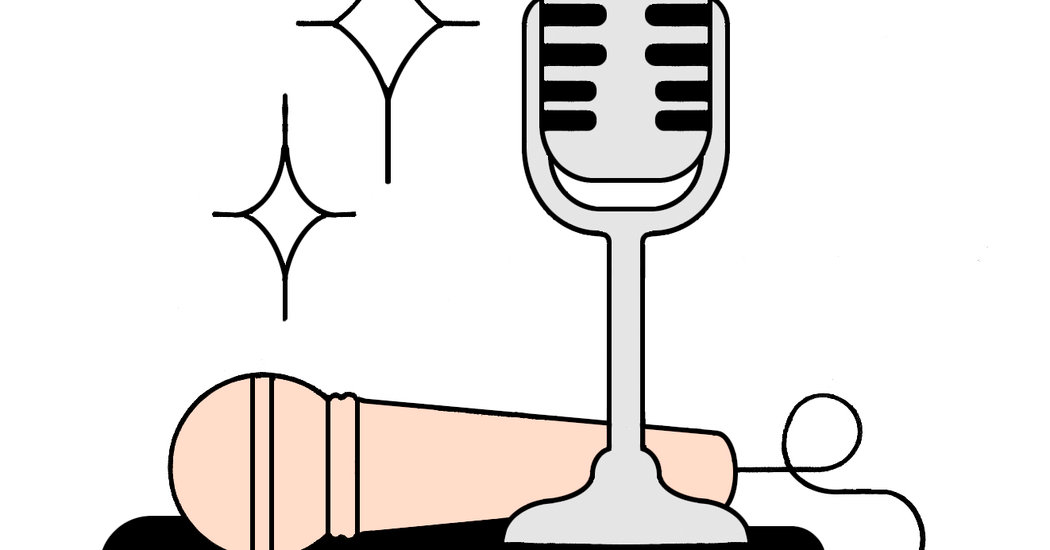 People love singing together at the best of times, and perhaps even more at the worst of times. For example, currently gaining traction on Instagram are the trans-Atlantic Lockdown Duets videos that pair Broadway and West End performers. The series was hatched by Alistair Brammer, who played the G.I. Chris in the recent revival of “Miss Saigon.”

“The idea was to spread some joy and get people who would never normally sing together to sing together,” Brammer said.

You don’t need a Tony Award to make your own music: Despite social distancing, family members, friends and perfect strangers can join their voices from separate locations. Here are a few simple, economical ways to make it happen.

Although it feels as if everybody uses Zoom nowadays, it’s not optimal for duets, because of a lag that complicates synchronization. Gary Clark who helped compose the musical “Sing Street” and worked on the livestreamed event “Sing Street: Grounded,” recommends the free services Source Elements Meet and JamKazam, which help family members or friends to perform together while in different locations.

Most phones and tablets come with a recording function, and many great songs have started as a simple Voice Memo on an iPhone. But you may want more options or higher-quality sound, and that’s when you download something like Voice Record Pro, Recorder Plus or even Voloco, an app that lets you process your pitch to emulate auto-tuning.

The best-sounding results tend to involve exchanging sound files over Google Drive, Dropbox and the likes. For the Lockdown Duets, one singer records his or her half, leaving gaps and reacting to what they imagine their virtual partner is doing. They send the file to Brammer, who layers that vocal with the backing track and forwards it to the second person.

And why stop at two? Seventy-five people played and sang on a recent viral clip of “What the World Needs Now.” In a phone interview, its creator, Shelbie Rassler, then a student at the Boston Conservatory, explained that she sent a guide track to the participants, who listened to it on their laptops while recording their audio or video part on another device like a phone or a tablet, before returning it to Rassler who edited them all together.

Put yourself out there.

Once you’re ready, you might want to test out your chops in front of a live audience. This can be daunting, but the app StreamYard will make it technically smooth. “It’s similar to Zoom or Google Meet but with live-streaming on top of it,” said Geige Vandentop, the app’s co-founder. “There’s a link to invite people into your show, then you push a button and you can go live to whatever major platform you want — Facebook, Twitter, YouTube, LinkedIn.”

If you miss gathering with friends for a night of karaoke, try StarMaker or Smule. Both apps have functions that foster virtual collaboration — with friends, family members and even prerecorded celebrities and animated characters.

Have fun with it.

In the end, singing is about communicating. “In modern digital recording, you can fix pitch and you can fix rhythm, but you can’t create energy, emotion or vibe,” said Deke Sharon, the a cappella master who did vocal arrangements on the “Pitch Perfect” films. “Many amateurs when recording themselves make the mistake of focusing on their technique and the technical hurdles. Pour your heart out, and then clean up any loose ends after the fact.”

Jason Bolden Wants The Fashion Industry to Speak Up: “If You See Something, Say Something”

Shh: This Is My 10-Year Secret to Dewy, Glowy Skin