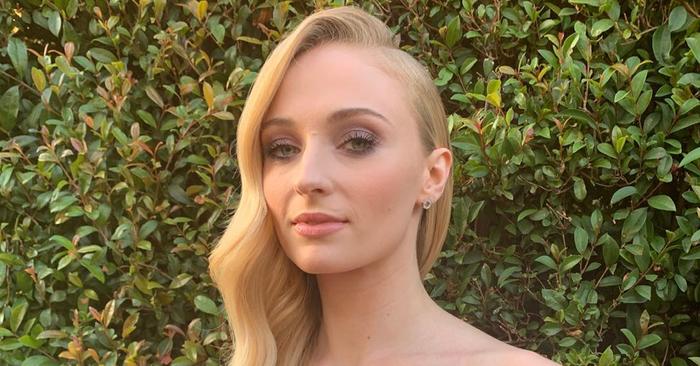 I’ve long been obsessed with the 23-year-old actress’ look: Her once fiery red hair—which has since turned ice blonde—and porcelain skin are matched in their beauty only by her eclectic fashion sense. With a penchant for pieces reminiscent of the ’80s, Sophie, who also starred in the latest X-Men films and recently married her long-time partner Joe Jonas, has a knack for making them look incredibly sophisticated by wearing them with ladylike separates. In fact, her sartorial flair has earned her a coveted position as a Louis Vuitton spokesperson, with many of her best looks having been created bespoke by the French fashion house.

That doesn’t mean, however, that she’s a slave to labels. Her off-duty ensembles are just as expertly put together as her red carpet attire is, proving that she really does know a thing or two about style. From retro paint-splash prints and architectural dresses to sharp suiting and downtime denim, keep scrolling and you’ll see I’m right to be obsessed with Sophie Turner’s style.

The Essential Workers Who Were the Unsung Heroes of 2020