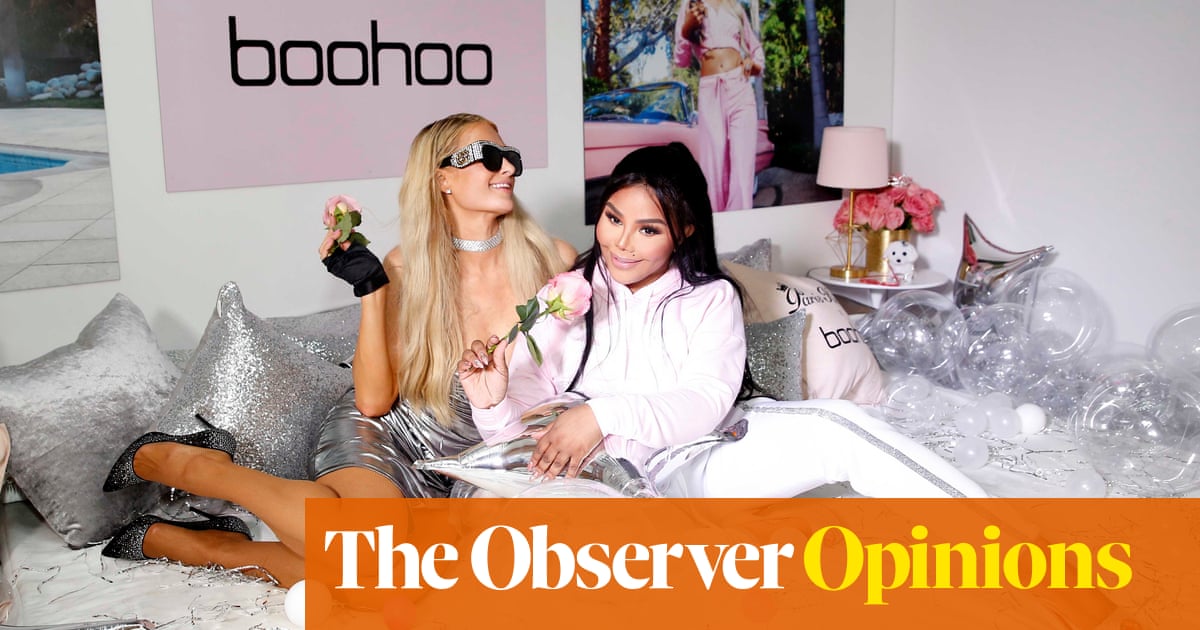 ‘Inadequate in scope, timeliness and gravity.” The verdict from Aberdeen Standard Investment on Boohoo’s response to allegations of supply chain abuses was damning. Even as the fast-fashion group appointed an independent lawyer to investigate, the investment house said on Friday that it had had enough, and sold the majority of its shares.

All three criticisms appear justified. On scope, Boohoo hasn’t taken the obvious step of committing to an independent chair – a normal measure of boardroom accountability. Instead, Mahmud Kamani, founder and 12% shareholder, is still in the chairmanship, which he took on last year after the departure of Peter Williams, the former Selfridges boss, who had been around since flotation in 2014.

On timeliness, Aberdeen Standard’s point is probably that Boohoo should never have found itself in the spotlight in the first place. Lesley Duncan, deputy head of equities, said the fund manager had lobbied Boohoo “over the years” to improve “supply chain transparency, environmental efficiency and working conditions”. It felt progress was being made but slowly: “In the last few weeks our concerns have grown.”

Rival retailers ask a good question: ‘How do you make a profit from £8 dresses in minimum-wage UK?’

Boohoo said it was “disappointed” by Aberdeen Standard’s decision, having “engaged extensively” with shareholders on the issue, and in the light of having launched its independent review.

The gravity is a related point. Supply chain issues are an obvious business risk for a fast-fashion business that sources around 40% of its garments from Leicester, a city where reports of labour exploitation, antiquated Victorian factories and illegal rates of pay have been rife for years. It may have taken a pandemic, a local lockdown and claims in a Sunday Times undercover report to bring Leicester to the fore again, but Boohoo’s job was to monitor its dozens of suppliers in the city with extreme prudence at all times.

Boohoo, which also owns the Pretty Little Thing, Nasty Gal, Coast, Karen Millen, Oasis and Warehouse brands, said it was “shocked and appalled” by the allegations, but added that its early investigation had not found evidence of suppliers paying workers £3.50 an hour, and that some of the claims made appeared to be inaccurate or misleading. Outside authorities also said they had found no evidence of slavery offences. But the company still fired two suppliers for different acts of non-compliance with its code of conduct.

A central issue, then, for the inquiry by Alison Levitt QC will be how forcefully Boohoo has been policing its zero-tolerance policy for suppliers, including subcontractors. The terms of reference have yet to be set, but they need to be as wide as possible. Rival retailers ask a good question: how is it possible to make a profit from £8 dresses in the minimum-wage UK? Levitt’s report should include a full account of the group’s business model.

But there are also questions for others. Aberdeen Standard says it chivvied Boohoo to be more transparent, but until last week it wasn’t vocal with its concerns. This is a longstanding problem with fund managers who prefer behind-closed-doors “engagement” with boards on ethical issues. It’s easy to convince yourself you’re making a difference, but sometimes only a public showdown will do it. The asset management industry can be shockingly timid.

The main finger, though, should point at public authorities. Whatever the Boohoo inquiry yields, most of the UK’s retail industry has shunned Leicester’s textile factories for years.

“Standards are higher in Bangladesh than Leicester, and so is the auditing,” said one retailer privately.

The UK’s laws on minimum pay, pensions, sick pay, working conditions and so on are all clear. If those laws are not being enforced, the public – and, most of all, workers – deserve to know why. The £1bn-plus fall in Boohoo’s stock market value last week shone a spotlight on this company, but the worries extend far beyond a single firm.

FirstGroup can’t survive much longer on handouts from the state

The long-struggling FirstGroup was always vulnerable to external shocks. So it was little surprise that the transport group should be the latest corporate casualty of Covid-19, after it warned last week that there were material doubts over its future.

Right now it is on life support from the British state, which is paying for FirstGroup bus and rail services that are barely being used. That situation cannot continue: the absence of passengers has huge implications – not just for FirstGroup, but for public transport, taxpayers, cities and society at large.

The urgent appeal from Matthew Gregory, FirstGroup’s chief executive, to ministers to change their coronavirus message is absolutely correct. Telling people to avoid empty trains and buses makes little sense: if masks are worn, the risk appears no higher than in pubs and restaurants. The government must think again before people abandon public transport, to the detriment of all who use, or live near, roads.

Only once we start getting back to normal can the future be considered with any clarity. As underlined by the reclassification of rail operations, from private to public, by the Office for National Statistics, this has effectively become a state concern. Likewise, buses are now largely being paid for by the taxpayer.

Transport operators must not be allowed to languish in a shadowland of subsidy, just to satisfy ideologues who prefer the private sector. FirstGroup might welcome more state-issued management contracts: its other rail franchises have proved costly bets, in contrast to the steady profits it has made on Great Western, and now West Coast, on a tighter government leash. But the onus is on transport firms to make the case for the value they provide. Otherwise, arguments for nationalisation will prove hard to resist.

During her tenure as head of the International Monetary Fund, Christine Lagarde was persuaded that climate change should be at the top of her agenda. Now she is head of the European Central Bank, the same applies.

“I want to explore every avenue available in order to combat climate change,” she said.

While it is not entirely clear how this will affect the bank’s overall policy, it should force the ECB to lend money to banks and companies that comply with the Paris accord on climate change.

This will be a gargantuan effort. The ECB will need to get several other organisations on board, not least the credit ratings agencies, which assess the creditworthiness of sovereign and company debt.

Such assessments will allow the ECB to see more clearly who is following a green agenda and who is not. If a company is a polluter, it should be downgraded by the ratings agency on the basis that it is likely over the coming years to face either a consumer backlash or costly regulations or both, which would depress its value and its lifespan.

There are other avenues for Lagarde to pursue. The ECB could examine lending directly to renewable energy and other green projects, which is something that commercial banks do at the moment.

The bonds raised by banks to invest in green projects tend to be costly, which inhibits the growth of the market. Lagarde could use the ECB’s muscle to depress the interest rate on these bonds, encouraging more to be issued.

Lagarde signalled her intentions more than seven months ago. Since then the Bank of England has kept the debate at arm’s length – saying it is watching for developments, while admitting that it invests in polluting firms. It could join Lagarde. There is no time to waste.