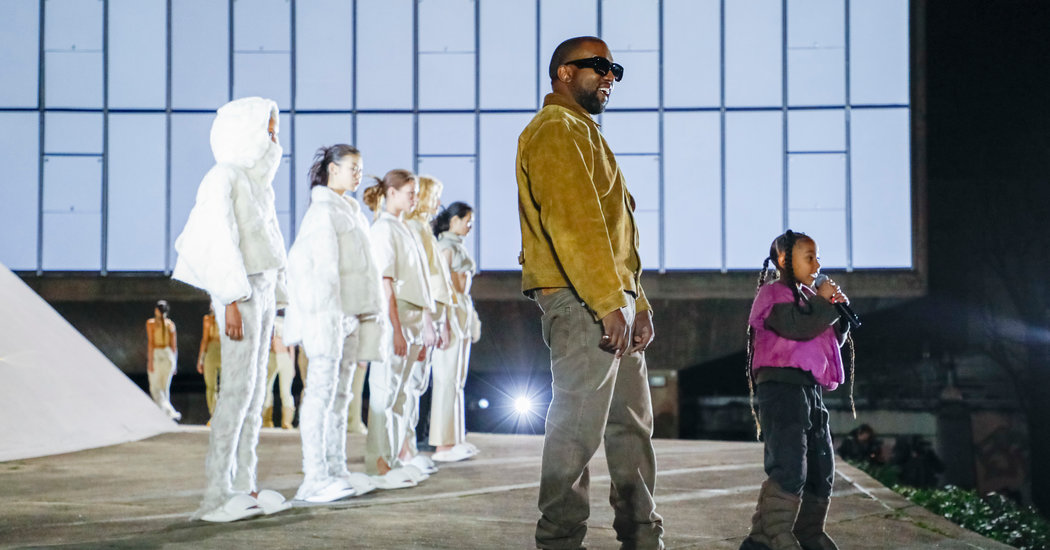 The Gap brand, which has flailed in recent years as it struggled with an identity crisis, has a new idea for how to revive its fortunes: Kanye West.

The retailer is teaming up with Mr. West and Yeezy, his fashion company, for a new clothing line called Yeezy Gap, which will be introduced in the first half of 2021, the companies said on Friday. Yeezy’s design studio, under Mr. West’s creative direction, plans to create “modern, elevated basics for men, women and kids at accessible price points.” Mr. West’s “design vision” will extend to how the line will be showcased in Gap’s stores and online.

Gap is making a far bigger bet on Yeezy and Mr. West, a celebrity, creative entrepreneur, rapper and designer, than a typical designer collaboration. They agreed to a 10-year deal starting this month, with the option to renew after five years, according to a person familiar with the negotiations, who was not authorized to speak publicly. At the five-year point, Gap is hoping that Yeezy Gap will be generating $1 billion in annual sales. For context, Gap’s brand brought in $4.6 billion in global revenue last year.

Gap Inc., which also owns Old Navy and Banana Republic, is aiming to refocus its namesake brand, which has seen sales plummet in the past few years, closed more than 100 North American stores and struggled to define its place within the apparel industry. It, like other retailers, has also been badly hit by the coronavirus pandemic.

Mr. West, who worked at a Gap in his teens, has expressed deep interest in the brand for years, declaring in a 2015 interview that he would “like to be the Steve Jobs of the Gap,” and once dreamed of being its head creative director. He has visited its San Francisco headquarters and met with Art Peck, Gap Inc.’s former chief executive.

The Gap deal will fulfill a desire of Mr. West’s to make clothing for the masses, even as Yeezy has become a presence at New York and Paris Fashion Weeks. Yeezy merchandise on Farfetch recently included a $925 men’s graphic cardigan and a $241 women’s thermal sweater. At Gap, jeans and tops often cost less than $50 and are regularly discounted.

Gap will pay royalties and potential equity to Yeezy, which is solely owned by Mr. West, based on sales performance.

Mr. West has successfully worked since 2013 with Adidas, where his brand is positioned as its own category and he earns royalties on net sales of his shoes and apparel, The New York Times reported last June. Yeezy shoes, which can cost hundreds of dollars and even more on secondary markets, were expected to top $1.3 billion in sales last year.

The sneaker side of Yeezy was valued at as much as $3 billion last year, Bloomberg reported in April, citing a document from Bank of America.

A Complete Guide To Men’s Fragrances