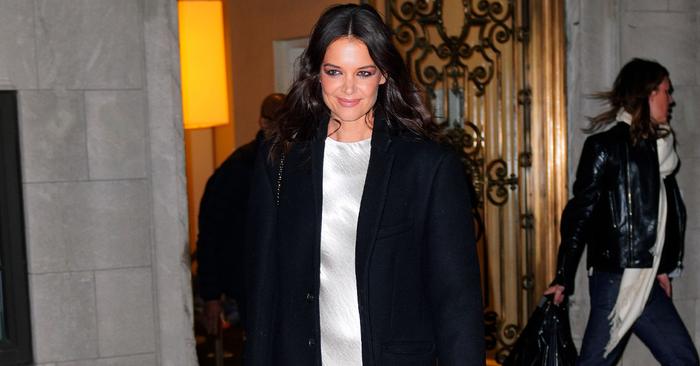 If there is one celebrity we have our eye on right now, it has to be Katie Holmes. The actress is undoubtedly having a moment, which all began late this summer when she was spotted in that now-iconic cardigan-and–cashmere bra combo. Since then, Holmes has consistently appeared out and about in New York wearing a series of head-turning looks, rapidly becoming one of the most influential celebrity dressers of 2019.

So who can we credit for Katie’s stellar style reinvention? Well, the brand Khaite, for one. The New York–based label was not only responsible for Holmes’s viral cashmere bra moment, but it has also been behind several of Katie’s other noteworthy looks. On separate occasions over the last two months, Holmes has sported the brand’s daywear, outerwear and footwear, heralding herself as an advocate of the label, if ever there was one. A few weeks back, Holmes wore one of Khaite’s white statement shirts, and just last night she sported a pair of enviable Zebra boots by the brand on her way to a New York benefit.

Though Katie is not the only celebrity to be championing the label; Khaite also counts Kaia Gerber, Rosie Huntington-Whiteley and Rihanna as fans. There’s no doubt about it, Khaite’s star is definitely on the rise. Scroll through to see and shop all of Kaite Holmes’s best looks by the brand Khaite.

Everything You Need to Know About Antimicrobial Beauty Products

Kim Jones Has Been Named the New Artistic Director of Fendi

Midcentury Modern Is Not Just For Furniture Anymore