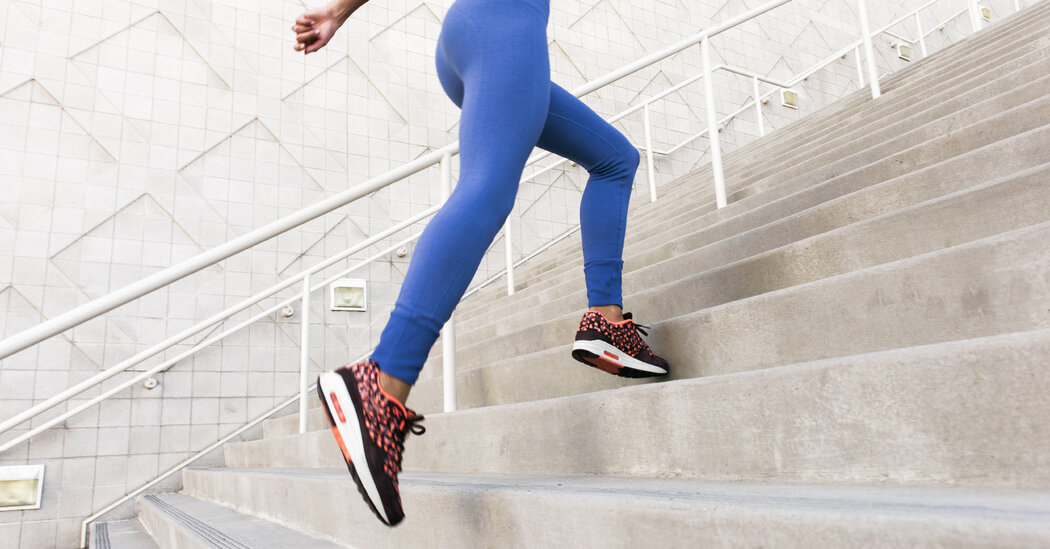 When Vice President-elect Kamala Harris called to congratulate Joseph R. Biden Jr. on winning the election last Saturday, she was wearing what women everywhere in the United States seem to be wearing during the pandemic: leggings.

Leggings have been a staple of workouts, errands and lounging at home for well over a decade now, but wearing them often came with a slew of excuses: I just got back from the gym. I’m bloated. It’s the weekend.

But in the Covid era, the line between workout clothes and work clothes has evaporated for many people — and with it, any feelings of shame about wearing leggings 24/7.

Maggie Schneider, 21, the frontwoman of an Atlanta rock band called Glimmers, never wore leggings out of the house before the pandemic. Her look was very ’70s bohemian, lots of jeans and cute, flowy sundresses.

But her last music gig was on March 10; two weeks later, Atlanta issued a citywide stay-at-home order. That was also when her leggings broke free.

“It started as a comfort thing,” Ms. Schneider said, who studies writing at the Savannah College of Art and Design. “As time progressed, the comfort thing turned into me liking to wear them. And I thought, I’m going to embrace this.”

Her leggings — she prefers the black ones from Target — are now her daily pandemic look, often paired with a band T-shirt. She wears them during her livestream shows, while shopping for vintage clothes and for her acoustic guitar mash-ups on TikTok.

The telltale sign of the pandemic legging: women who never wore them out of the house before have caved to comfort.

Even in my suburban New Jersey town where leggings have been a staple since the dinosaur age, they’ve become omnipresent. Women used to change after their morning yoga class. But now they’re just changing into a new pair of leggings. Every morning I see neighbors like Angie Konetzni, a 40-something distributor for Shaklee nutritional supplements, charge up the hill in a different pair of leggings with her French bulldog, Bo.

“I was a jeans person,” she said. “But during the quarantine, something shifted. I think it was my threshold for comfort.”

Leggings have been gaining in popularity in the last decade, especially among millennials and the wellness set. They have also created controversy, often for being perceived as too revealing.

Two teenage girls were kicked off a United Airlines flight for wearing leggings in 2017. Schools in Evanston, Ill., and Kenosha, Wis., have prohibited girls from wearing them. Students held pro-legging protests at the University of Notre Dame after a self-described “Catholic mother of four sons” wrote a letter in the student newspaper saying that “leggings are so naked, so form fitting, so exposing.”

But since the pandemic, the debate seems to have become moot, as leggings go from merely popular to ubiquitous.

What’s different now? “The unspoken rules about sartorial standards don’t apply when nobody is in a social situation,” said Deirdre Clemente, a fashion historian at the University of Nevada Las Vegas. “No one’s going into the office now. Many girls aren’t going into school where teachers are telling you to go home and change out of your leggings.

“The rules that keep people’s behavior’s in place, there’s no enforcement for them,” Ms. Clemente added. “Someone can’t come through zoom and say, ‘Take off your leggings.’”

Which is exactly why Sarah Seltzer, 37, an editor for Lilith Magazine who lives in Harlem, wears her leggings all day, from the time she feeds her two children breakfast, to her daily Zoom editorial meetings, to her walks in the park. “They’re very trendy apparently,” said Ms. Seltzer, who often wears a pair that’s bright blue and tie-dyed by Pact Apparel. “I’ve seen a lot of young women in my neighborhood wearing them.”

Laura Yiannakou, a women’s wear senior strategist for WGSN, thinks the rise is about more than just comfort. Leggings, she said, appeal to women who want to celebrate their natural figure. “It’s not shapewear in the sense of wanting to make you look three sizes smaller,” she said. “It’s a parallel trend of inclusivity and body positivity.”

She also pointed out that legging styles have evolved beyond the sports department and now come in an array of fashionable hybrid options, including in faux leather and with long slits. Fenty, for example, sells a pastel-hued floral-print legging for $300.

“It’s not just about active wear anymore,” Ms. Yiannakou said. “Leggings are coming into their own as a fashion trouser.”

You can call this frivolous if you want, this talk about leggings. But fashion is a moving, breathing entity and changes whenever there’s a great upheaval in society, like a war or a pandemic.

“I don’t think we can separate the pandemic from fashion,” said Rhonda Garelick, the dean of the School of Art and Design History and Theory at Parsons. “We are frightened, we are hiding and our bodies feel deeply vulnerable. But privately, indoors, we’ve never been freer.”

Which Cannabis Bevvie Will Make Your Tastebuds Tingle?

8 of the Best New Beauty Launches Hitting Shelves in October