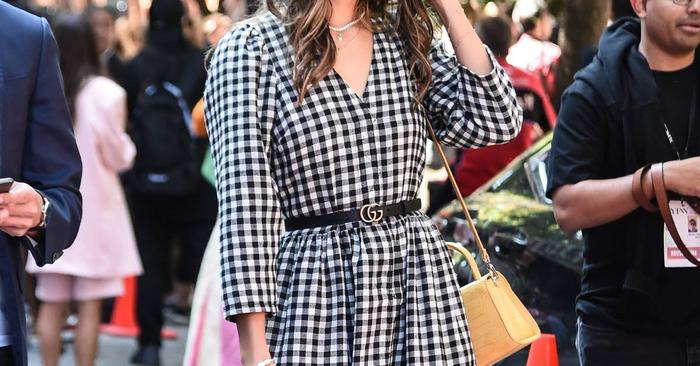 As far as It accessories go, we can usually count on a bag or pair of shoes to blow up, but it’s not all too often that a belt becomes the most coveted piece of the season. But if any brand could pull off a style surprise, however, it’s Gucci. Since Alessandro Michele’s became creative director at the beginning of 2015, the Italian fashion house has remained a favourite among the street style set. We first saw the brand’s signature logo belt pop up all over our Instagram feeds a few seasons ago, but now the blogger favourite has found a second wind in a variety of styles from crystal-encrusted to studded to python print. The A-listers have kept the Gucci belt firmly on the fashion map, and we’ve found the best ones out there.