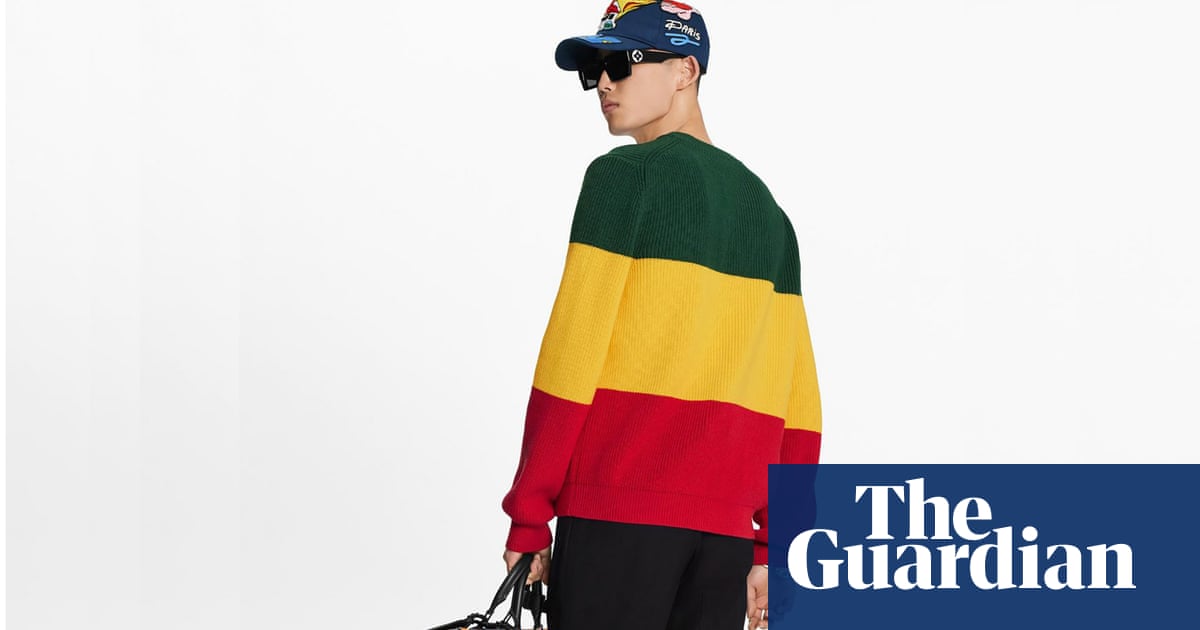 Louis Vuitton has been criticised for producing a jumper that pays tribute to the flag of Jamaica – but in the wrong colours.

The error was called out online, with @pam_boy tweeting: “I cannot stress enough how important it is to implement diversity as a value and not a symbol within fashion companies.”

Others were quick to point out that the jumper appeared to be inspired by the Rastafarian flag (which featured the Lion of Judah at its centre), the religious movement with its roots in Jamaica, instead of the official Jamaican flag.

“So no one at Louis Vuitton googled the Jamaican flag?” asked Twitter user Black Women Matter.

Cedella, the daughter of Bob and Rita Marley, also commented, posting on Instagram: “Bob says that’s the Ethiopian flag @Louisvuitton”, with an embarrassed face emoji, beneath a photo of Marley looking displeased.

When the item first appeared online, the product description read: “With striped design inspired by Caribbean island’s national flag.” After updating the description of the jumper to remove the word “flag” and swap it with “cultural heritage”, the product was pulled from the official Vuitton website. Clicking on the link, you now get a “404 page not found” error message.

“Traditional Rastafari symbols and imagery have been popularised and used extensively in commercial products, ranging from T-shirts, jewellery, arts and crafts items, smoking paraphernalia, hats, clothes, bags and shoes,” wrote Jamaican attorney Marcus Goffe in 2011. “Very few of these products are made by Rastafarians and none of the monies accrued from their sales benefits the Rastafarian community.”

Louis Vuitton’s creative director, Virgil Abloh, who is the son of Ghanaian parents (the colours of the Ghanaian flag are green, golden yellow and red), has previously done a sneaker collaboration with Jamaican skateboarder Lucien Clarke.

Many have commented online that this points to the need for having more diverse teams at fashion houses, working at every level in order to battle structural racism and avoid issues like the Louis Vuitton one happening again.

3 Reasons You’re Not Putting on Muscle