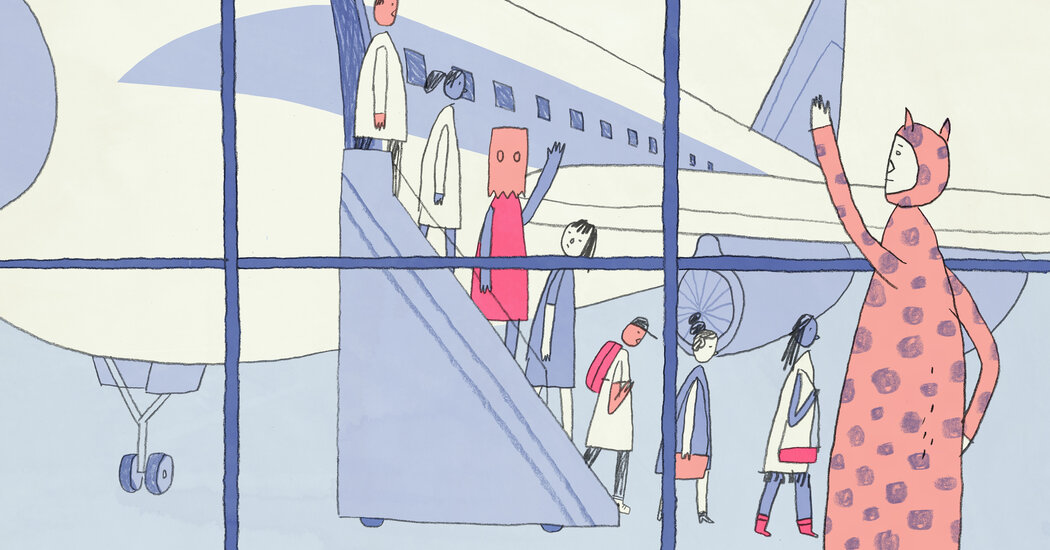 She was worried too. On the phone, she said, “I’m fat and ugly.”

“What if you can’t stand my stupid face?” she said.

On the day of her arrival, she emerged from the airport with an actual paper bag over her head, shuffling forward blindly. Passers-by glanced at her incredulously as I became embarrassed by the scene she was causing.

But when she pulled off the bag, I relaxed. There was my moon-eyed, cat-tailed gaming partner, except in real life she was the woman I had seen in pictures: a fair-skinned, dark-haired Latina with a sunflower tattoo on her collarbone.

A year later, after a few more visits, she moved from Miami to Minneapolis to live with me. Our first year together wasn’t easy; we experienced all the fights and claustrophobia you don’t in the virtual world, where the stresses of cohabitation don’t exist.

In a way, I got to know the same person twice. The first time, I got to know the person behind the avatar, but always in the context of the game: someone who greeted other players with an animated hug, who would sit for hours just chatting with online friends about their real-life problems. But getting to know her in person revealed the woman who volunteers at animal shelters, insists on cooking Thanksgiving dinner for the whole family, plays the guitar, sings and writes music.

The longer we live together, the less time we spend together in-game. Sometimes I almost forget about that day Zutki and Nabian met by the pixelated sea. And that’s OK. I prefer thinking about Jess and Erik and the memories we’ve made in the real world.

6 Types Of Boots Every Man Should Own