Skip to Content
Home / Fashion / Modern Love: He Seduced Me With Bread 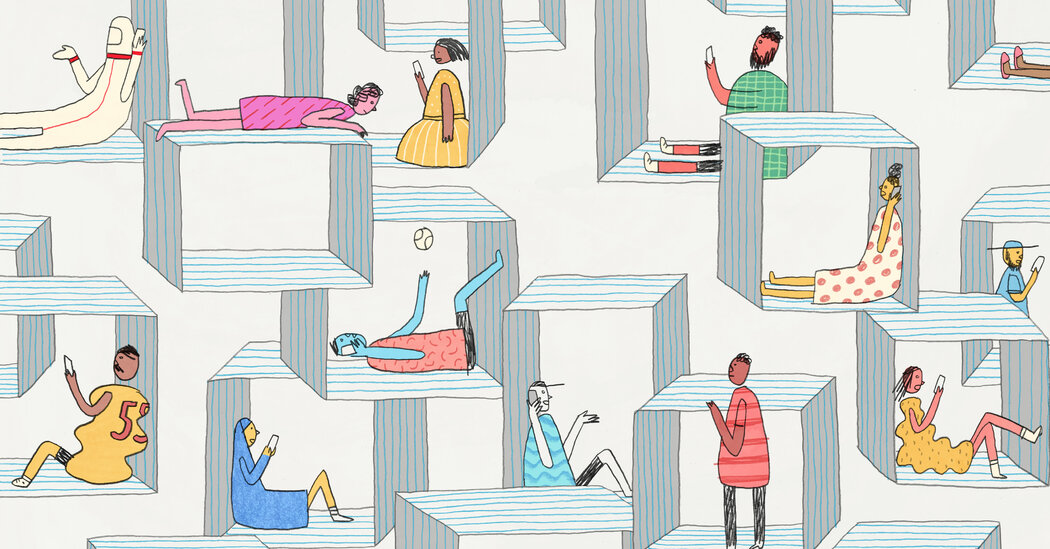 Years ago, with a friend, I played one of those psychological games where you begin by listing 15 things you would bring to a desert island and then narrow the list until you’re down to the two most important. By painfully dismissing one cherished item after another, I was left with my final choices: a guitar and “the people I don’t yet know.”

It may sound weird, especially for an Italian who talks to her mother every day, to choose a bunch of strangers over those closest to her. But for some reason, I’ve always been drawn to those I don’t know.

In pre-Covid-19 life, this meant I was the kind of person who makes friends on planes, talks to the next in line while waiting and knows everyone in the office. During the first wave of the pandemic, since the only regular contact I had was with my boyfriend (too close) and my family and friends on Zoom (too distant, as I was then living in Romania), I indulged in a new and seemingly harmless habit — connecting by phone, daily, with strangers.

DialUp is an app born from a simple yet brilliant idea: Every day you receive a phone call from a stranger somewhere on earth. No video. No pictures. Only voice.

I met many people this way, some more interesting than others. We talked about our jobs, the latest Covid-19 news, how hard the lockdown was in our countries and so on. The dose of mystery gave each day a little jolt of surprise.

One afternoon, while I was sunbathing on the rooftop with my Twitter-addict boyfriend, trying to bring some color to my pale, lockdown skin, the phone rang. I don’t like to talk to strangers in front of my boyfriend; it makes him grumpy. So I wandered away before picking up to hear a clear, happy-sounding voice say, “Hello.”

After the first 10 seconds of these calls, I can usually paint a portrait in my mind of the person I’m talking to. From the timbre of the voice and the fact that he was from Amsterdam, I pictured Senne as blond, with long hair. I thought we were the roughly same age, mid-30s, though maybe I was older. I didn’t ask and neither did he.

He told me that a few days earlier he’d gone for a walk in Amsterdam’s city center and, because of the lack of people and noise, was able to hear, for the first time in his life, the sound of the water in the canals. We talked about how strange it would be to walk around Venice right now, without tourists. Then I introduced my favorite topic: cooking.

I am not obsessed with food, but when I travel, I plan the restaurants before the hotels. During lockdown, I had decided to learn the ancient art of bread making. A friend in Barcelona had sent me a recipe, saying I should try it. I told Senne I was a bread beginner. Apparently, he was a bread master.

From there, the conversation shifted to sourdough tips, oven recommendations, and the pros and cons of different kinds of flour. Senne told me he owns hundreds of cookbooks. He had eaten at what was once regarded as the best restaurant in the world, Central of Lima, in Peru.

Yet he had never been to Sicily, which for me is where food, history and sea coexist in an esoteric equilibrium. Our enthusiasm reached its peak when I told him I only use olive oil from my own trees in Umbria.

That’s when he said, laughing: “I think I am falling in love.”

At the end of the conversation, we were breathless, enthralled. In that second of silence, I think we were both wondering the same thing: “What now?”

We agreed to keep in touch on Facebook. I was so curious to see the face of that beautiful voice. By then, my phone battery was at four percent, and my boyfriend’s expression was inversely proportional to my gleeful one.

From Senne’s 2009 profile picture, I could see he was not 35 but was, like my boyfriend, a boomer in his late 50s. And he was not the strapping blonde I had imagined but dark-skinned, short and a little chubby. I searched for the youth of his voice in every picture, to no avail. I waited for him to log on and say something.

Half an hour later, he typed: “It was nice talking to you.”

Standard, but reserved. Was he unsure of himself now that we had revealed our faces? He didn’t seem eager to chat. Later that day, he sent me a picture of steamy, homemade bread, still inside a Le Creuset casserole, and the image actually made me feel aroused.

I should make a point here: Making bread is closer to sex than to cooking. It’s about diving in with your hands, massaging it, making it rise. And there is no fast climax; it takes at least 24 hours to make decent bread. All this time you have to care for it lovingly while you wait. And wait.

I pictured Senne’s expert hands turning a shapeless mass into that beautiful loaf. I imagined him waiting for the dough to rise in his Northern European kitchen.

Was he going to share it with someone? I told myself it didn’t matter. That bread was clearly made for me.

Senne knew how to wait. Often, he was not the first to send a message, and it could take hours before he replied. Other times, he was more prolific and shared recipes and songs. Despite our age difference, his taste in music was close to mine. He sent me a playlist of arias that evoked an image of him listening to opera in wooden rooms with a glass of wine, cutting vegetables.

He answered my questions about fermentation and introduced me to the art of growing my own sourdough starter. We shared daily pictures of the meals we prepared, congratulating each other. The excitement reflected a shared, unspoken thought: I’d love to be there and eat that with you.

One day he asked if I knew Sichuan pepper.

“Enlighten me, please,” I said.

“It’s a Chinese kind of pepper, sharp but flowery,” he said. “It gives you the feeling of soda water.”

How would I get some? Besides being in lockdown, I wasn’t living in my country and didn’t know where to find it.

My first thought was that my boyfriend would surely find out, since he is the one who checks the mail. Was it wrong to receive exotic pepper in the mail from another man?

I explained the situation to my friend Paula. We agreed that it would be better not to say anything, and she suggested that he send the pepper to her.

The idea of that brave envelope flying through Europe during a pandemic, with elegant handwriting and a Dutch stamp, was the thought I had before falling sleep for the next few days.

Finally, Paula called; it had arrived.

I put on my sports pants and acted as if I were going out to run, which was an accepted outdoor activity in Bucharest during lockdown. It wasn’t a lie. I was running to get my pepper.

On the way home, I stopped to open the package and felt a rush of happiness in seeing a little note with the bag of pepper, written in the same style I had imagined for his handwriting, that said: “To Albertina, because dishes sometimes deserve a special sparkle, and life too.”

This was before everything. Before my boyfriend would ask me about all the time I had been spending on my phone, and I would tell him about the stranger in Amsterdam. Before the pandemic would ebb enough for Senne and me to meet in Rome, where we would have a glorious time as tourists in my near-empty city.

It was before, on a wholly separate trip, my boyfriend would agree to come join us, and we would all hang out in surprising harmony. And it was before Senne and I would return to our previous lives in distant lands, unable to sustain our magical summer, leaving my boyfriend and me to find our way back to each other — a little warily, but with fresh eyes.

On the streets of Bucharest that day, in a world immobilized by fear and grief, I opened a packet of pepper, took a deep breath and fell in love with a stranger.

The Only Pretty Lingerie Trend I’ll Be Buying This Year

At Simone Rocha, Jane Austen Beauty Gets a Modern Touch