Skip to Content
Home / Fashion / Modern Love: She Stood in for My Mother. Could I Do the Same for Her? 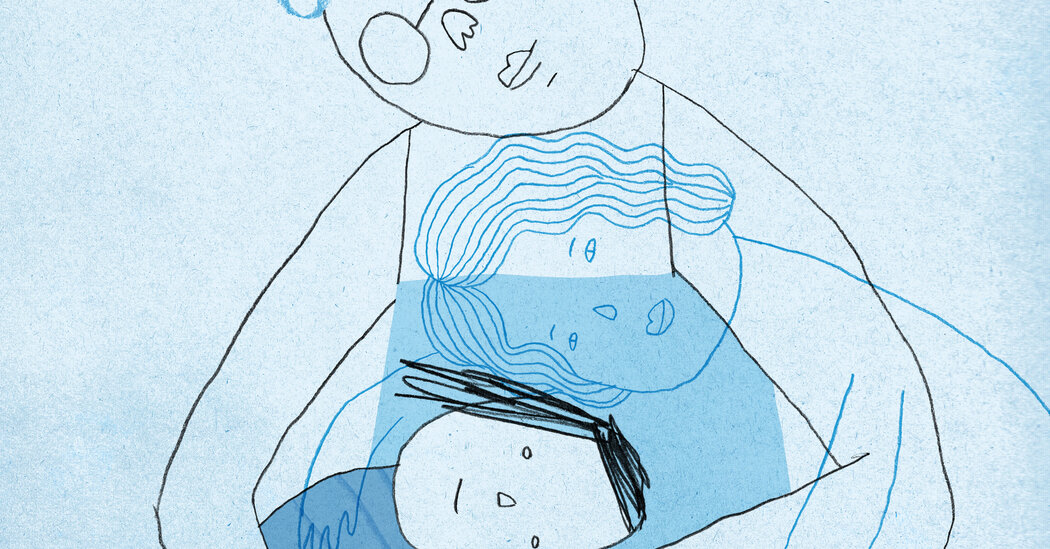 I used to hate going clothes shopping with my grandmother. We would go to a store, pick out an array of jean skirts and sports bras, and head to the dressing rooms, where my siblings and I would overhear her chatting with the attendant, knowing that at some point, like clockwork, she would say, “Their mother died. I’m just the grandma.”

She did this at American Eagle and Foot Locker, in Applebee’s booths and the checkout line at ShopRite. My siblings and I started joking about how many beats of conversation it would take before she spilled our biggest secret to some stranger.

Not long ago, on one of our phone calls, I asked why she always did that. Did she really think the teenager at Dairy Queen needed to know our mother was dead as he handed us our Oreo Blizzards?

She chuckled, then turned serious: “It was so present in your lives, Rachael. It was everywhere we went. How could I not talk about it?”

It shouldn’t have surprised me that she saw my mother’s absence in these everyday situations. After all, my grandmother didn’t exactly blend in at Victoria’s Secret, nor did I at her weekly IHOP gathering of retirees. But it never seemed as pronounced to me. I blame the luxury of occasionally forgetting my mother was dead on my grandmother and how good she was at being a mother to me.

When my mother learned, at 40, that she had cancer, my grandmother took what she thought would be a temporary leave from the bank job she had worked so hard to get later in life. She already had lost one child, a son, to suicide and was determined not to lose another.

“None of you are allowed to go before I do,” she said. But the cancer didn’t listen.

The day my mother died, I don’t remember seeing her empty bed, though I must have, or being told to say goodbye that morning, as I’m told I was. All I remember is my grandmother appearing in front of our home in her turtle-green Chrysler. She always seemed to exude a sense that the show must go on, whether or not she had auditioned to be in the cast.

There were five of us to carry across the finish line of childhood. I was 6 when the race started, with the furthest to go. I needed someone to scrub my ears and take me to the dentist, to notice that the cookies I was binge eating weren’t filling the hole in my heart, and to be proud of me whether I succeeded, failed or did nothing at all.

My grandmother, a 65-year-old woman with a bad knee and chronic arthritis, suited up for her second act of child-rearing, composing a grocery list and going shopping for our family of six every week. She would drive an hour from her home in New Jersey to ours in Staten Island and stay for two days, helping my father steer our wayward ship.

On Thursday afternoons, she would appear at the street corner near our school, lingering a half-block behind the other mothers, as if to spare us both from having to acknowledge that she wasn’t the person who was supposed to be there. I would run down that street and into her arms to receive the first hug I had gotten since saying goodbye to her the week before. On Friday nights, she would make dinner with plenty of leftovers, then drive off in her Chrysler to get some rest before doing it all again the next week.

As the years passed, my grandmother tried to iron out all of life’s wrinkled reminders that I didn’t have a mother. She took the second ticket for parents at graduations, bought me my first tampons, baked me my birthday cakes and told me she wouldn’t leave me — even during my difficult teenage years.

My relationship with her is bittersweet, our deep bond a result of the loss that created it. She is the first person I want to share good news with and the one who comforts me when the news is bad. She is my emergency contact, recipe consultant and teacher of unconditional love.

These days, it’s a love I nurture with weekly phone calls. She and I used to have monthly sleepovers, but the pandemic ended that, and now I’m more anxious than ever about our dwindling time together. I wish she could be younger, or I older. I don’t think normal 25-year-olds worry about this, but 25-year-olds don’t normally have 84-year-old mother figures.

On the phone with her a few months ago, I was complaining about some work project when she said, “That’s just the way life is, Rachael.”

“Jesus,” I said sharply, the way a teenager snaps at a lecturing mother.

I snap at her more than I’d like to admit. I’m trying to do it less, to let her retire into her proper role of grandmother. But on that call, I yanked her back into the mother role I often still need so badly.

She seemed rattled by my response, and I was startled at her fragility.

Later that month, I went to the grocery store to buy beef chuck for an Irish stew, where I encountered a masked middle-age man wandering the soup aisle. “If I don’t come home with hollandaise,” he said to no one in particular, “my wife won’t let me in the house.”

Back home, I set off on a 40-mile bike ride near the ocean. While riding, I let my mind roam, wondering if the hollandaise man had made it inside his house and thinking how much my grandmother would love to sit by this sea if she weren’t embarrassed about how her legs would look in a bathing suit. It was so nice to think ordinary thoughts again — to forget that time was passing.

Then my phone rang. It was my oldest sister.

Panting, I said, “I’m trying to get home before dark. What’s up?”

She hurried off the phone but called again an hour later.

“Grandma got some bad health news,” she said. My sister was the designated news breaker, and I knew everyone worried that I would be the one on which the news would crash the hardest. “There’s a tumor in her kidney.”

By that point, my grandmother had survived my mother and her mother, both of whom died of colon cancer, and her own son. She is the strongest person I have ever known, but lately she had just seemed so tired.

I called her, determined to hide how scared I was, but it felt like déjà vu. It was our familiar duet, where I tap-danced around the reality that my world was falling apart while she lurched in to assure me that she wasn’t going anywhere.

But her voice sounded different this time, less certain. I grasped for the right thing to say, flipping through the Rolodex of my brain, finally settling on the only words I could manage: “I love you.”

I wondered if YouTube had videos on how to give sponge baths, or if I could take family leave from work to care for her if things got bad. Are grandmothers even covered by that? Such moments remind me of the missing part between us and the unusually large space we fill for each other.

It felt odd to imagine explaining to the human resources department what she meant to me by using that one word, “grandmother,” which is both wildly inadequate and fitting. One frame contains both her and my mother, as if she is the largest Russian nesting doll in the set that represents my life, the outer curve that holds them all.

For so many years she has absorbed the aftershocks of my mother’s disappearance from our lives. She let me remain the tiny, solid wooden doll at the core of the set a little while longer.

Without her, the layer of my mother will be gone as well, and I’ll be forced to see the absence my grandmother saw all along. I’ll lose the mother I lost nearly 20 years ago and the woman I grew to love in her place. I’ll lose the person who wrote me letters at summer camp along with my last tether to the woman who was supposed to do those things instead.

Sometimes, on special occasions, I’ll catch my grandmother’s hazel, tear-filled eyes and understand the complicated joy she must feel in being this person for me, the one who sits in the place meant for her own daughter.

When I lose her, I lose them. And what shape does life take on then?

How To Wear Jeans To Work

The Workout That Builds Your Entire Upper Body