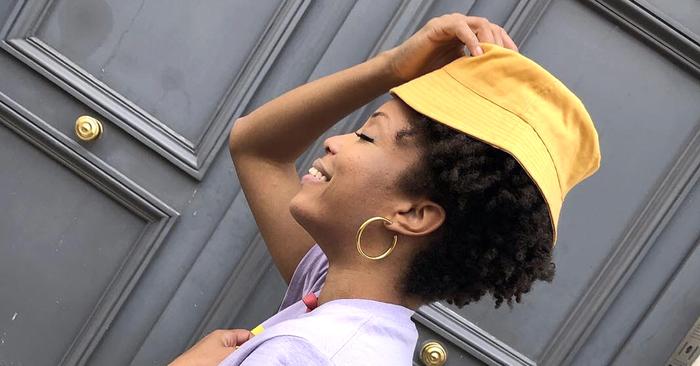 From Charlotte York on Sex and the City, to L.L. Cool Jay and Britney Spears, almost everyone had a bucket hat by the end of the ’90s. Though originally designed at the turn of the 20th cenutry as the durable sidekick for fishermen—made from thick cotton twill or denim—it’s most culturally associated with the era when Oasis was at the top of the charts and mobile phones were starting to catch on. Shout-out, Nokia 3210!

Seemingly so pervasive, it’s hard to believe they were parked by the fashion set by the mid-noughties in favour of Von Dutch caps and giant hair poofs. Shortly after the turn of the millennium, bucket hats were basically only worn by children, not cool cultural fashion icons.

But as the millennial generation grew up, the demand for bucket hats resurged and, over the past few years, bucket hats have evolved from an ironic comeback trend to bonafide fashion hat-of-choice. With approval from all aspects of fashion culture from—Hypebeast followers to Scandi influencers—it’s now one of the most commonly spotted accessories at fashion week (both men’s and women’s), with luxury brands like Gucci, Ganni and Prada releasing multiple versions of the style, and many high street stores following suit.

The Official Winter Zara Capsule Wardrobe: 8 Outfits You Can Wear All Season