The Air Force 1 is as New York as a Nike sneaker gets. The basketball-inspired silhouette made its debut in 1982 and eventually became a beloved favorite in the Big Apple. (The city of Baltimore has love for the AF1, too.) But by the mid-1980s, the Air Force 1 was the de facto sneaker seen on the streets in New York City. In fact, the high-top version of the shoe even earned its own city-specific nickname: it’s the “Uptown.” At that time, sneakerheads would have to take the subway line to upper Manhattan, and Queens, where the sneakers were sold.

Nowadays, you can buy the style just about anywhere, but the nickname stuck. Some four decades later, the sneaker is seen in the city everywhere from SoHo to Harlem—and in just about every other city on the planet. And each year, the Swoosh releases a wheat-colored version of the style. It’s an homage to another equally New York pair of kicks: Timberland’s classic 6-inch boot.

This Air Force 1 trades its usual white or black color for an all-wheat (or “flax”) colorway, complete with a gum-brown sole. The striking resemblance to the colors of Timberland’s most famous style is no accident. The sneaker’s standard flat laces are replaced by heavy-duty rope laces, and the top eyelet is rimmed by a metallic silver rivet. (Again, another direct nod to those classic Timbs.) There are hints of black along the tongue and insole, and the big Swoosh on the midfoot remains tonal with the autumnal brown look.

The all-wheat-colored sneaker won’t be for everyone. That’s the point: it’s a particular tribute to New York, a town that has long considered Timbs and Air Force 1s the twin pillars of essential footwear. For some time now, the Swoosh has released this exact sneaker (or some variation of it) around this time of year, when the pavement is cold and crunchy fallen leaves cover the city’s parks. It’s become an annual tradition of sorts, one that sneaker fans and New Yorkers both seem to love in equal measure. And if there’s one thing that New Yorkers know, it’s sneakers. 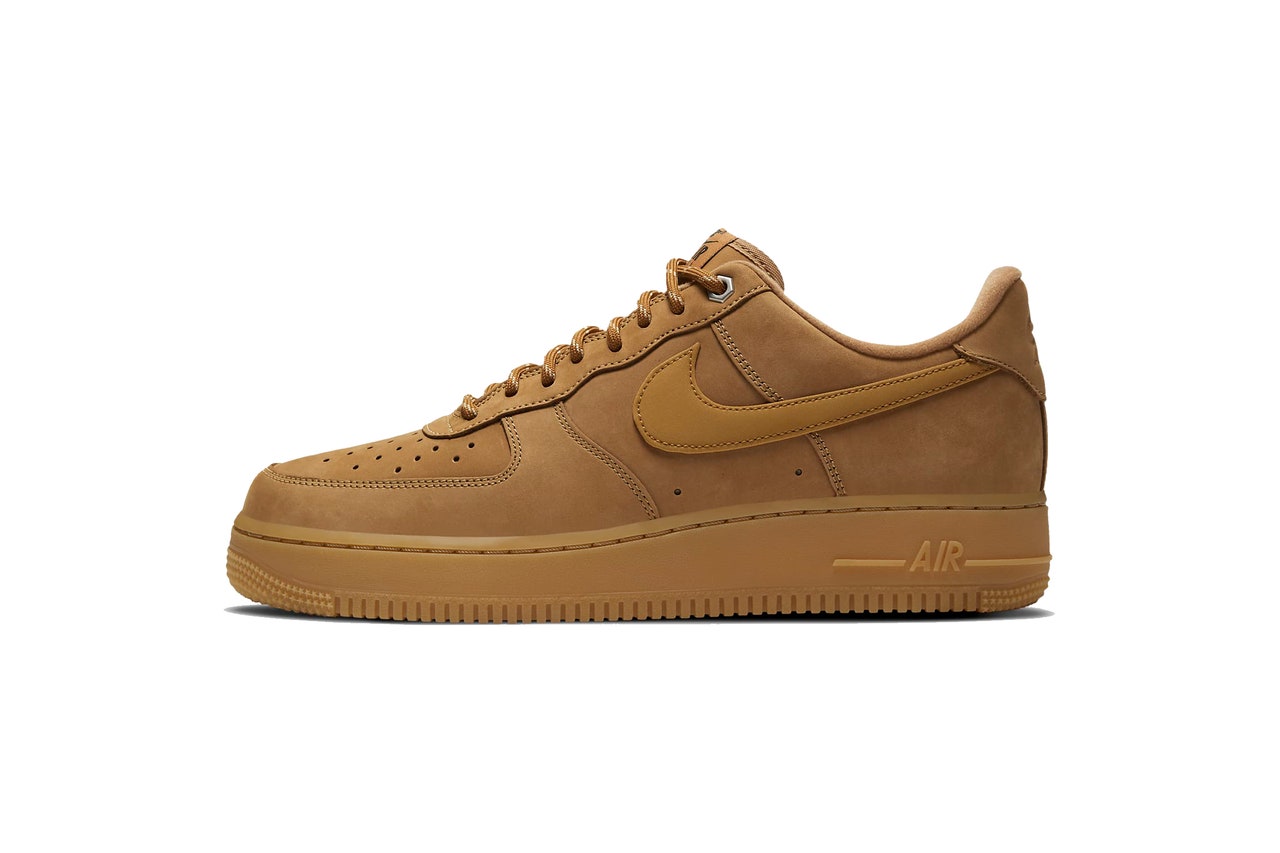