Skip to Content
Home / Fashion / Men's Fashion / No Arguments: This Is How To Make An Old-Fashioned

For a drink that’s essentially sugar and booze, the Old Fashioned has accumulated quite the social cache in the last decade. Sixties-based TV drama Mad Men is to thank – before the show aired in 2007 Don Draper’s favourite cocktail had practically disappeared. A little over 10 years later, the Old Fashioned can arguably be described as the most successful cocktail of the past decade. Wannabe advertising executives aside, it’s a drink that drips in sophistication. What’s more, it’s one of the world’s original cocktails. “It’s thought that the first references to the word ‘cocktail’ were in relation to the Old Fashioned,” says Kieron Hall, ambassador for The Lakes Distillery. The first written recipes similar to the Old Fashioned we know today appeared as early as 1806, he says, describing “a potent concoction of spirits, bitters, water, and sugar”, and was made with whatever spirit was most readily available.

Today this drink of champions is made by muddling sugar with bitters, then adding bourbon or rye and finally a twist of citrus rind. As the recipe is simply any combination of five elements – spirit, bitters, water, sugar and the addition of citrus – the possibilities of how it can be made are vast. You’ll find some bars even serving it with rum or tequila. But, as Hall notes, “It does tend to pair best with dark/aged spirits.”

Bucking tradition, Hall takes his with blended whisky. “It depends on my mood, but I love an Old Fashioned with a blended whisky. They usually have the best of all worlds, with elements of smoke, sweetness and woody characteristics, which gives you a great base to start from.”

For Pasquale Ferrillo, bar manager at Manetta’s Bar within Flemings Mayfair hotel, mixing rye and bourbon is the way to go. “My personal favourite for a good Old Fashioned is to mix Woodford Bourbon with Sazerac Rye whisky.” What’s In An Old Fashioned?

Fittingly, the most common recipes today are made with American whiskeys, rye or bourbon, since credit for the modern version of the drink goes to an American whiskey bartender called James E Pepper. He created the drink in a private social club in Kentucky in 1880 and then took it with him to the Waldorf-Astoria hotel bar in New York where it became popular.

But if you had to pick? “The classic recipe is with bourbon, so that is definitely the more popular version,” says Ferrillo. “It just blends seamlessly with the other ingredients.” Add to that a few dashes of bitters, some soda water, some sugar, and citrus, and there you have it. Simple, right? Not so fast. The key, of course, is in the quality of ingredients and the order in which you mix your cocktail (see the method below). You can then control the strength with less or more ice and/or sugar (called dilution), or even substitute regular sugar for natural alternatives.

“The most beautiful thing about the Old Fashioned is that it is completely adaptable to your taste,” says Hall. “Like it stronger, add less sugar and dilute it a little less. Looking for more natural sugars, use honey, maple or agave. The drink is totally in the hands of the drinker, or the bartender when out and about.”

How To Make An Old-Fashioned: The Classic Recipe

Method
When making an Old Fashioned, start off with a small sugar cube (“We prefer to get the sweetness from the whisky rather than adding too much sugar,” says Hall), then douse it in a few healthy glugs of bitters.

“For bitters, we usually stick with the classic ‘Angostura’ as it has a great base and is readily available,” Hall suggests. “But the bitters are a great way to mix with the flavour of your cocktail and so you could use ‘Abbots Bitters’, ‘Bobs Bitters’, or ‘Black Walnut Bitters’”.

After muddling the sugar a little, add a swathe of orange peel and muddle it into the sugar, releasing the oils from the orange. Then take your time mixing; one measure of good spirit and two cubes of ice, then stir it until the ice dissolves. Another measure of spirit, two more cubes, and repeat.

Taste it to see if you need to add anything else for balance or to dilute it some more. Then top it with fresh ice and a clean swathe of orange. “At The Lakes, we like to flame the orange peel over the entire drink so you get all of the essential oils from the orange all over your drink, and it’s more of a multi-sensory experience,” says Hall. So Bourbon or Rye?

It all comes down to flavour preference. While both bourbon and rye are predominantly made in the US, “for a spirit to be called bourbon, it must be at least 51 per cent corn and be aged in new American Oak casks,” says Jason Glynn, bar manager at whisky-specialist bar Iron Stag in London’s Hoxton. Rye whiskey is, by law, made from a mash of at least 51 per cent rye and aged in charred, new oak barrels.

Appropriately, the flavour difference between the two boils down to their main ingredients: The corn mash used in bourbon makes for a sweet and full-bodied flavour while the rye mash in rye whiskey creates spicy tones and a drier (i.e., less sweet) taste.

“Bourbon creates a sweeter style of whiskey due to the high fructose sugar content,” says Hall. “Rye, on the other hand, gives a spicier edge, with a peppery bit similar to that of a Rye Bread. It also tends to be typically higher in abv%, which means it shines through well after the drink has been diluted.

“Because of the sweetness of the bourbon, it will make for a well rounded classic Old Fashioned, and is the most commonly used,” says Hall. “It’s also perfectly acceptable to make an Old Fashioned with a combination of the two, meaning you get the best of both worlds.”

So it really comes down to personal preference: do you want sugar or spice?

What Makes A Good Old Fashioned?

“The most important thing is you need to start off with a good spirit,” says Hall. “Old Fashioned was originally made to make bad spirits easier to drink, but that’s no excuse with the quality of spirits available today. You don’t want to use something too expensive, like a £200 bottle of Single Malt, either. Just a good £30-£40 spirit is ideal.”

For Ferrillo, it’s a little more scientific. “This all depends on the quality of the ice used. I would recommend using large fresh ice cubes, which do not dissolve too quickly (unlike some ice cubes that are too hollow for example). You can then control the dilution of the ice by stirring it. The key is to make sure that the cocktail does not become too watery. You can check this by trying a sip of the cocktail with a straw.” How Do I Order It?

Similar to the Martini, because of the open possibilities, there are numerous different ways a bartender could serve (and, of course, you could drink) an Old Fashioned.

“If you ask for an Old Fashioned in a bar, you’re leaving it up to how the bartender makes it. He will usually follow a classic recipe, but as the drink is affected by subtle differences you can’t guarantee it will always be the same,” says Hall.

“You could request your preferred spirit, ask for it sweeter or stronger, served on the rocks (on ice) or straight up (also known as undiluted, or no ice). It’s your drink, never be afraid to ask for it how you like it. But there aren’t really any specified terms to request.”

“The best thing to do would be to speak to the bartender and explain what kind of cocktails you like, especially if you are new to Old Fashioneds,” suggests Ferrillo. “In this case, we would definitely recommend using bourbon, as it is slightly sweeter and therefore easier to drink.

“The Old Fashioned is a bit of an acquired taste, so it is definitely aimed at whiskey-lovers and could be a little strong for novices otherwise.”

The Best Whiskeys For An Old Fashioned

A great-value pour that works really nicely for an Old Fashioned that’s smooth and best served with a twist of orange peel. The subtly sweet notes of apple, caramel, honey and a dab of vanilla create an Old Fashioned that will have you asking for round two. 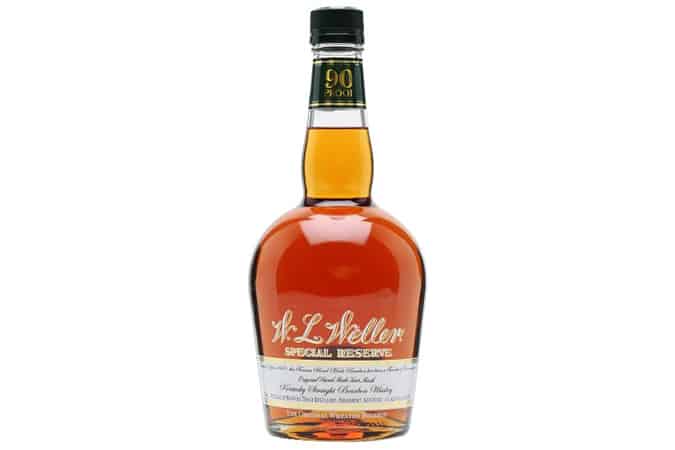 The peppery finish works best for an Old Fashioned that’s got a hint of spice but finishes nice and smooth. You’re almost guaranteed that any bar that knows how to mix a proper Old Fashioned will stock this. A true classic.