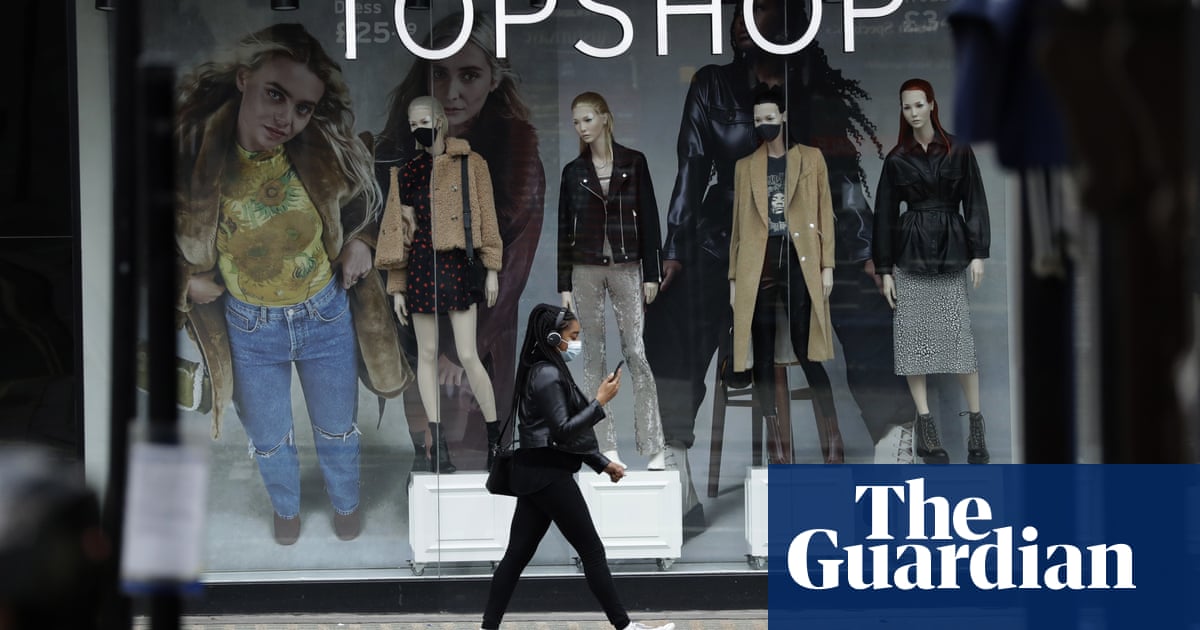 Sir Philip Green’s retail empire is on the brink of administration, putting 13,000 jobs at risk and threatening an end to the tycoon’s high street reign.

Arcadia Group, which owns Topshop, Miss Selfridge, Dorothy Perkins, Wallis, Evans, Outfit and Burton, was struggling before the coronavirus hit and is set to seek protection from creditors after months of Covid shutdowns took their toll.

It is understood that Green is considering a process known as a light-touch trading administration, in which management would retain control of the day-to-day running of the business while administrators seek buyers for all or parts of the company.

The process, currently being used by ailing retailer Debenhams, protects the business from creditors while options for its future are considered. Administrators could be appointed as early as Monday next week with Green, 68, thought unlikely to attempt to buy back the assets of his 500-store group.

Industry watchers said Topshop and Topman would still attract interest from suitors but the smaller brands would be less appealing, with Boohoo, the online specialist, one of a few likely buyers of those assets. ITV News reported that Mike Ashley, the entrepreneur behind Sports Direct, was interested in all of Arcadia’s brands.

Responding to a Sky News report that Arcadia was set to appoint administrators from Deloitte, the company said in a statement: “The forced closure of our stores for sustained periods as a result of the Covid-19 pandemic has had a material impact on trading across our businesses.

“As a result, the Arcadia boards have been working on a number of contingency options to secure the future of the group’s brands. The brands continue to trade and our stores will be opening again in England and the Republic of Ireland as soon as the government Covid-19 restrictions are lifted next week.”

Arcadia has been suffering from heavy competition from new rivals such as Boohoo and Asos for some time. It follows years of underinvestment in online selling under Green’s stewardship.

In July, the group announced 500 job losses at its head office after it narrowly staved off administration in June 2019 through an agreement with creditors that involved 1,000 job losses and about 50 store closures. Early in the Covid crisis it asked landlords for rent cuts and temporarily paused payments into its pension scheme. It has recently been searching for £30m in funding to help it through the peak trading period.

The collapse of the group would leave a pension deficit estimated to be as much as £350m by John Ralfe, a pensions expert. On administration, the group’s schemes will fall under the auspices of the industry-funded pensions lifeboat. The move could cut pay-outs for staff members by 10% when they retire.

Last year, Tina Green, 71, the wife of Sir Philip and ultimate owner of Arcadia, pledged to pay an extra £100m into the funds over three years and signed over rights to property worth £210m. However, according to Raife, the fall in the value of retail property means a sale of those assets is unlikely to fill the pension black hole.

The pensions issue is likely to cause controversy after BHS collapsed into administration in 2016 with a £571m pension deficit only a year after Green sold it for £1 to a former bankrupt. Green eventually paid £353m to support the BHS scheme after pressure from the pensions regulator.

Like all fashion chains Arcadia has suffered heavily from a slowdown in spending on fashion as pubs, clubs and many workplaces have been closed for much of the year. Groups that are heavily reliant on their stores have suffered further as sales lost during the high street lockdowns have not been made up online.

The potential collapse into administration of Green’s empire comes only weeks after rival Philip Day’s Edinburgh Woollen Mill Group called in administrators leading to about 1,000 job losses so far with thousands more at risk.

Department store Debenhams is also fighting for survival as it aims to secure a rescue deal with JD Sports. The problems at Debenhams, which has closed more than 40 stores in the last 12 months, have had a knock-on effect at Arcadia because it is one of the department store chain’s biggest suppliers.

Insolvency experts said both companies were under pressure from creditors who want to call in debts while the retailers are cash-rich during the peak Christmas trading period.