Skip to Content
Home / Fashion / Portraits of Nurses, By the Designer Rebecca Moses 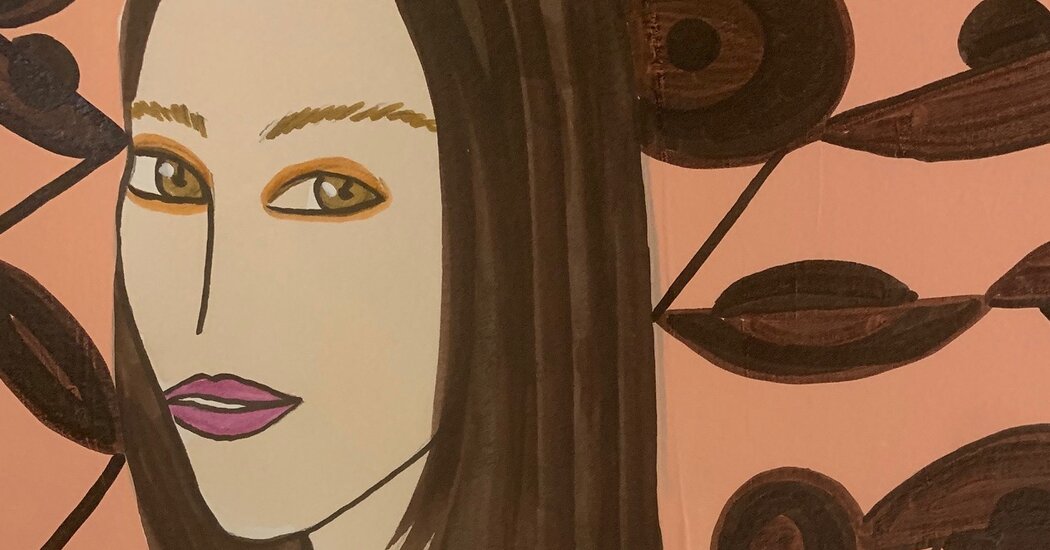 “There’s nothing fashionable — ever — about being in a hospital,” said Linda Valentino, the vice president and chief nursing officer at Mount Sinai Health System.

But as of Dec. 1, Mount Sinai’s soaring 11-story Guggenheim Pavilion (designed by I.M. Pei) on upper Fifth Avenue in Manhattan has been bedecked with large-scale portraits of 46 of the hospital’s nurses, painted by Rebecca Moses, the fashion designer and artist. It’s an exhibition titled simply “Thank You, Mount Sinai Nurses.”

Like many stories of 2020, this one begins back in March, when the New York City went into lockdown and all of Ms. Moses’s projects, including a campaign for the Fragrance Foundation that had been a year in the works, ground to a halt.

Ms. Moses is a fashion industry veteran with a long and varied career, including succeeding Gianni Versace at the Italian label Genny in Milan in the 1990s. She has become mostly known for her impressionistic portraiture of women rendered in vivid colors and highly stylized, akin to a fashion sketch.

Even before quarantine, Ms. Moses, 62, drew and painted every day as an artistic exercise and discipline, but inspiration was in short supply while stuck inside. “I was illustrating a woman sitting in front of the news, eating popcorn, drinking wine out of the bottle, you know, trying to bring humor into it, so I would stay sane,” she said. “After did, like, 20 of those, I was bored. I didn’t feel satisfied. I felt helpless. I felt like I needed to do something for people. But what could I do?”

On her Instagram account, she offered to paint and post a portrait of any woman who shared her story of life in lockdown. They need only send a letter — 2,000 characters or less, per the platform’s limitations — and a photo. A trickle of submissions grew into a network of more than 360 girls and women in 21 countries that Ms. Moses calls The Stay Home Sisters.

They range in age from 4 years old to 100, including June Ambrose, a stylist, and her daughter Summer; Sonia Warshawski, a Holocaust survivor and star of the documentary “Big Sonia”; Melba Wilson, restaurateur and owner of Melba’s in Harlem; Sandy Schreier, the fashion historian whose collection was the subject of an exhibition at the Metropolitan Museum of Art last year; and Nicole Fischelis, the former fashion director of Macy’s and Saks Fifth Avenue.

“I never really did a lot of real portraiture of real people,” Ms. Moses said. “I wasn’t even sure if women would like the way I saw them. Because that’s a very personal thing, too. What if I paint you and you don’t like the way you look?”

She started interviewing her subjects on Instagram Live and creating events, like a turban contest — she adores turbans — that was judged by Debi Mazar, the actress, and Freddie Leiba, a veteran stylist.

In April Ms. Valentino’s sister, Anne, contacted Ms. Moses. Linda recounted that her sister told Ms. Moses: “‘My sister is not a Stay Home Sister. She’s actually on the front lines of working on the response to the pandemic.’” At the time, Linda was working at Mount Sinai’s Covid-19 epicenter in Brooklyn to oversee all nursing operations.

Ms. Moses rendered her portrait as a side-by-side of Ms. Valentino in civilian clothes contrasted with her wearing her personal protective equipment. She was the first emergency medical worker Ms. Moses painted. But not the last.

As it turns out, even before the coronavirus, 2020 had been designated the Year of the Nurse and Midwife by the World Health Organization in honor of the 200th anniversary of the birth of Florence Nightingale, the founder of modern nursing. “To have all of our nurses traumatized in the Year of The Nurse and not do anything about it, it was literally keeping me up at night,” Ms. Valentino said.

Ms. Valentino, Ms. Moses and Linda Levy, the president of the Fragrance Foundation, came up with a plan. The designer would paint the portraits of 46 nurses from Mount Sinai and donate the original artworks to the hospital to be featured in an exhibition (each nurse will receive a print), while Ms. Levy arranged to donate 5,000 fragrance and beauty products all filed under self-care for those whose job is to care for others. (Mount Sinai employs 8,000 nurses. The self-care products were distributed by lottery.)

This kind of exhibition is an anomaly at the hospital. “We’ll display the artful side of genomic studies,” Ms. Valentino said.

When Vanessa Joseph, a labor and delivery nurse, first saw Ms. Moses’s portrait of her wearing a marigold twin set and full, floral skirt against a floral background, she was “blown away that someone paid attention to me and wanted to paint me — I’m just a nurse.”

Seeing herself and her peers captured off-duty in the vivid hues of Ms. Moses’s palette resonated powerfully. “Sometimes you feel like you’re in the trenches. We put on the full P.P.E. and no one can even recognize you anymore,” Ms. Joseph said. “I’m just trying to guess what Rebecca saw, and it’s so much life and vibrancy. It gives people hope that we’re going to get back to that again.”

Chosen by management, the nurses were asked to submit plainclothes photos. Only women were selected for this project, though not as a swipe against men. “I don’t draw men,” Ms. Moses said. “It’s not my strength. I love men, but I don’t draw them well.”

Why Is My Uncle So Mad About Student Debt Forgiveness?