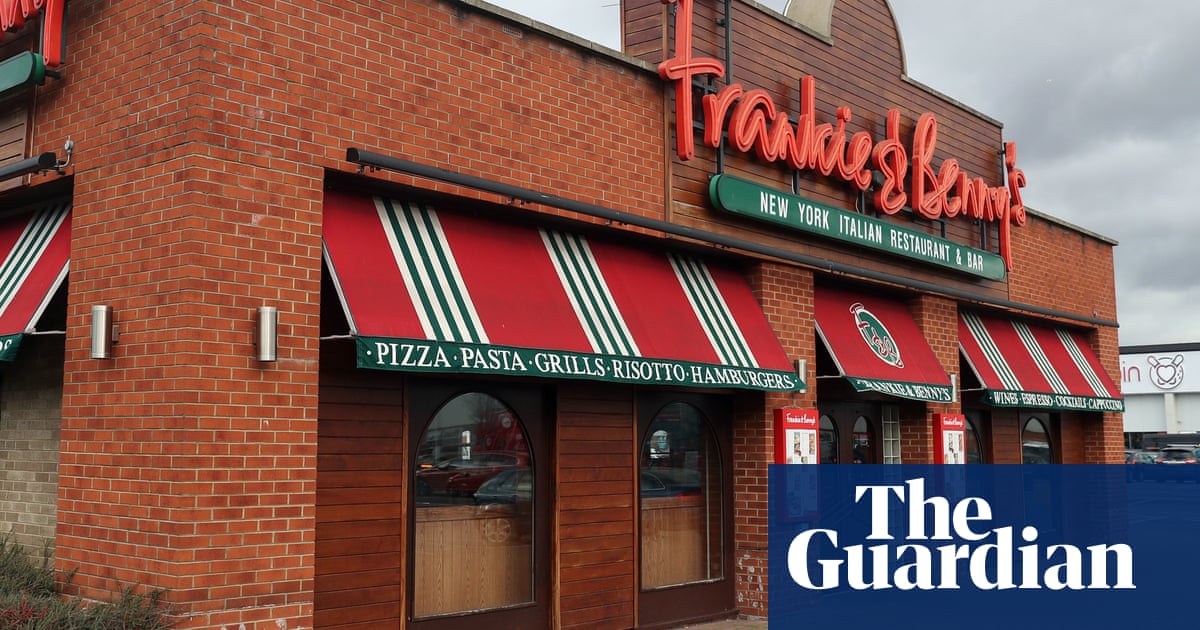 The Restaurant Group and the fashion brands Monsoon Accessorize and Quiz have announced plans to close branches and renegotiate rents, putting thousands of jobs at risk, and underlining the impact of the coronavirus shutdown on businesses in the hospitality and retail sectors.

The Restaurant Group, which owns the Frankie & Benny’s and Garfunkel’s restaurant chains, will close a further 125 of its sites as it looks to cut costs and rent, putting 3,000 jobs at risk.

Non-essential shops to open in England from Monday, says Sharma

The group, which also owns Wagamama and a number of pub and restaurant concessions in airports, had previously announced that some of its branches would not reopen when coronavirus restrictions were lifted.

It plans to permanently close 125 locations that are not performing well or have unfavourable lease terms, under a company voluntary arrangement (CVA). In addition, it is seeking lower rents and improved terms at a further 85 restaurants.

The majority of restaurants to close permanently will be those in the Frankie & Benny’s chain. The Wagamama chain and the group’s airport concessions will not be affected by the proposed closures.

The Restaurant Group’s chief executive, Andy Hornby, thanked employees for their understanding and commitment, saying: “The proposed CVA will deliver an appropriately sized estate for our leisure business to ensure we are well positioned despite the very challenging market conditions facing the casual dining sector.”

Along with its rivals in the hospitality sector, the group has undergone a turbulent few months, and issued a profit warning in March, shortly after all of its outlets were closed because of the government shutdown.

It said at the time that most branches of its Tex-Mex dining chain Chiquito would not reopen, and announced that it would permanently close its 11 Food & Fuel pubs in London, a decision that led to the loss of almost 1,500 jobs.

The Monsoon and Accessorize fashion brands have been bought out of administration by their founder, Peter Simon, who has injected £15m into the business in an attempt to save the brands and up to 2,300 jobs.

The restructuring specialist FRP Advisory oversaw the sale of the chains in a deal that will permanently close 35 stores and which has made 545 workers redundant.

The owner of the businesses, Adena Brands, a company ultimately controlled by Simon, will also seek to renegotiate rents with the landlords of 162 Monsoon Accessorize shops.

The company is seeking to save up to 100 of the chains’ 230 stores, although both brands continue to trade online.

Simon, who began his retail career selling coats from a stall in Portobello Market in London in the 1970s and opened the first Monsoon store in Knightsbridge in 1973, said the business had been his “passion and life”, adding that he did not want to see it fall victim to the “unprecedented crisis” triggered by coronavirus.

“Both Monsoon and Accessorize were trading well before the coronavirus pandemic but the business simply could not withstand the financial impact of having to close all its UK, franchise and joint-venture stores for almost three months,” Simon said.

The administration has come less than 12 months after Monsoon Accessorize won support from creditors to close stores and slash rents in a CVA, which was intended to prevent the company’s collapse.

In a further hit to the high street, the fashion brand Quiz has announced plans to put its 82 branches in the UK and Ireland into administration before buying them back, allowing it to renegotiate rents with its landlords.

Most of the chain’s employees will transfer to the new company, although 93 jobs will be cut.

Signet Group, the world’s largest retailer of diamond jewellery and owner of the Ernest Jones and H Samuel chains , also confirmed it would not be reopening 80 of its UK stores after the shutdown.

Winston Duke: How To Dress Like The Next Big Thing

A hard day’s nightie: will lockdown change the way we dress forever?