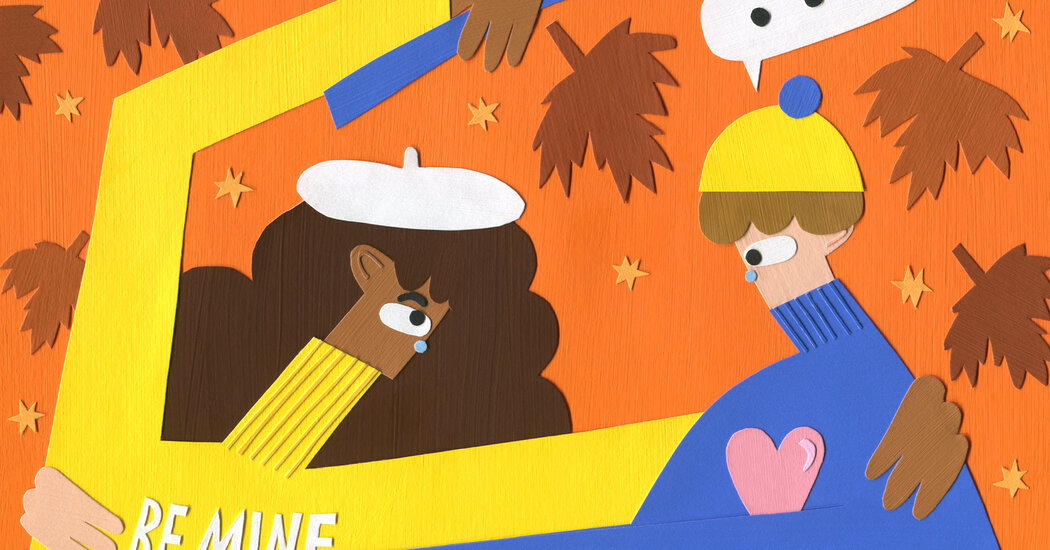 It should be no surprise that the coronavirus has changed dating in America. Many experts, along with daters themselves, say that daters have become more likely to couple up, to lower their standards and to do what they can to find a partner to face whatever comes next.

The desire for partnership is particularly pronounced on dating apps, which have seen their user engagement soar over the last several months.

Hinge, a subsidiary of Match Group that markets itself as an app that will help its users find lasting relationships, reports that its revenue, which comes almost entirely from paid subscriptions and features, has increased threefold compared with the same time last year. User surveys indicate that 69 percent of the app’s users are “thinking more about who they’re really looking for” and 50 percent say they are “no longer chasing after people who aren’t interested in them.”

“I think sometimes dating apps can give us an inflated sense of who’s in our realm because we see so many people, and I think that people are just getting specific, realistically, about what they want,” said Justin McLeod, the founder and chief executive of Hinge.

A survey of about 2,000 dating app users Match conducted between July and August, released Tuesday, showed that 59 percent of daters were considering a wider range of people as potential partners and that 55 percent were fast tracking new relationships more than before the pandemic.

The intensity with which singles are swiping and chatting is visible across all Match Group dating apps, which include Tinder, OKCupid, Match.com, Hinge and Plenty of Fish. Amarnath Thombre, the chief executive of Match Group Americas, said that messages were up 30 to 40 percent on most of the company’s apps compared with the same time last year.

Mr. Thombre said that the propensity to find a partner starting in the cooler months (which, for more than a decade, has been known as cuffing season, a term that likely originated in New York and hit Twitter in 2008) had always shown up in the data. Those metrics — more user activity and more widespread willingness to sign up for paid features — have been steadily high since the summer.

“Usually it picks up after Labor Day,” he said of activity across the apps. “This time, what we’ve seen is very unusual. This July was almost as high as February. February is usually considered a peak month, but this year we had a very strong July across our businesses.”

In a letter to investors in May, the Match Group said that the biggest increase in usage and activity on Tinder came from “female users under the age of 30, with daily average swipes increasing by 37 percent for this demographic in the month of April compared to the last week of February.”

The change has been all the more notable, Mr. Thombre said, given that men are usually more active on dating apps than women.

It’s not just the Match Group apps. Coffee Meets Bagel, a dating app that also focuses on relationships, found that its users’ chat rate was at an all-time high, and that a recent survey showed 91 percent of its users said they were looking for a serious relationship.

Video use on Coffee Meets Bagel has also spiked. The same survey found that a third of its users would consider being in a monogamous relationship with someone exclusively over video. Thirty-seven percent of Hinge users said the same.

Asked if Match Group felt any discomfort with enabling singles to meet strangers in a pandemic, a spokeswoman for the company, Vidhya Murugesan, said that the company was encouraging all of its users to comply with guidelines from the Centers for Disease Control and Prevention on how to meet people safely and had done so throughout the year. Match Group video features had been added, Ms. Murugesan said, so that users could date digitally, rather than in person.

Experts say that practical concerns are only the most obvious motivating factor driving singles to change their relationship status. Galit Atlas, a psychotherapist and professor at New York University who specializes in the psychology of sexuality and desire, said that she had seen in her own practice that an increased anxiety was leading to desire for partnership.

“That’s what I can tell you as a sex psychologist, that when we are afraid, we tend to want to get together,” Dr. Atlas said. “I think there is a lot of anxiety about the future right now, about the second wave of Covid, about who knows what happens after the election. People talking about civil war and conspiracy theories and fear about the future. I do think that makes people not want to be alone.”

Vivian Phung, 20, studied at Bryn Mawr College in Pennsylvania but dropped out before her senior year to start a career as a software engineer. She briefly moved to the West Coast but is moving back east this fall, and is eager to find a relationship.

“I think I’m ready for something a little more stable at least during Covid,” she said.

Ms. Phung said that living alone during the pandemic had been terribly lonely, and that she was hopeful that a relationship would provide her with some much-needed company. Her friends back at Bryn Mawr, she said, had all coupled up to stave off the solitude.

“Everyone is supposed to self-quarantine but they all have boos now, just so they don’t have to live alone,” she said. “They’ll get a girlfriend so they can be in a pod and just hang out with each other.”

Divya Sashti, 35, an asset manager at a nonprofit, said that the pandemic has changed the qualities that she’s looking for. Previously she was interested in those who were as extroverted as she is.

“I do see a value now in having a companion who knows how to hunker down and keep me anchored and mentally sane rather than someone that I am just having fun with,” Ms. Sashti said.

Dr. Atlas had a caveat. The desire is not universal. There are those, she said, for whom being with a partner may present a psychological threat more than a solution or a sense of security. But she said that for others, the question came down to a matter of survival, which for many people felt more possible when in a relationship.

Indeed, there are plenty of people for whom the pandemic has made the opposite clear: A relationship is not appealing right now. One of them is Danila Merejildo, 29, a receptionist at a radiology facility, who when contacted late in September had deleted her dating apps the previous day.

“I’m definitely not worried about being alone,” she said. “I’m a loner at heart. Work and pandemic, that’s all I can deal with. It sucks to deal with the pandemic and a bad relationship.”

Five men, who signaled they were looking for partnership, agreed to be interviewed for this article and provided their phone numbers. None of them responded when The New York Times contacted them later.

At Match Group, there are several theories as to why women’s activity has increased. The first is that the use of apps as vehicles for finding sex partners — a use favored by more men than women — has gone down. Another posits that women, who may have an easier time meeting people in person in normal circumstances, have been driven to the apps by the lack of in-person opportunity.

Dating in a Pandemic

Meredith Golden, 45, is a dating app ghostwriter in New York. Her full-time job includes managing the dating apps of her clients, swiping, messaging and arranging dates on their behalf.

Ms. Golden said that there were still, broadly, two camps of daters: Those who were looking for something permanent and those who weren’t. But, she said, the pandemic had shifted the composition of the camps.

“It used to be that if someone was in Camp B as opposed to Camp A, and midway through the winter they changed their mind, they could,” she said. “But you can’t change your mind when the world is in lockdown.”

Ms. Golden said that her business is booming and that she has noticed that her clients have become more relaxed in their search criteria.

“People certainly still come to me with a checklist, but now the checklist is shorter and people are less resistant when I introduce the idea of being more open,” she said.

She has encouraged the singles she works with to take full advantage of video dating, saying that it is a safer and easier option in the midst of a pandemic than taking the risk of meeting someone in person, only to have the date collapse into awkward silence after 15 minutes.

The dating apps have introduced other measures meant to increase safety and comfort for those who feel compelled to date in the midst of a pandemic. OkCupid has added questions about dating by distance (“Would you say ‘I love you’ to someone you’ve never met in person?”), and Match is asking its users about their in-person preferences regarding physical contact. (Prompt: “I like to hug hello.” Possible answers: “I’m open to it” or “No thanks.”)

The dating apps may be the quickest way to meet someone new. But some singles have employed a different strategy: going back to the familiar.

Mariel Marte, 35, who works at an environmental nonprofit, said that she was searching for a partner, and was looking for something “a little more permanent.”

“I live alone in a studio apartment in N.Y. and that is a single girl’s dream, so I love it but the pandemic has readjusted my thinking of living with a partner,” she said. “I like having my own space, but I am more open to maybe sharing it.”

Ms. Marte has gone back to the well of old partners during the pandemic.

“It’s definitely been an experiment, but I have fallen into messaging partners from my past so that has also started up old flames,” she said.

She’s hopeful that she will find an arrangement that works for her while there’s still time.

“I thought about the person so I sent him a message and thought, Let’s see what happens,” Ms. Marte said. “We are going have a conversation soon because I want him to be my concubine, but I don’t know if he is there yet.”

Everything You Need to Know About Fashion Week, Day 2