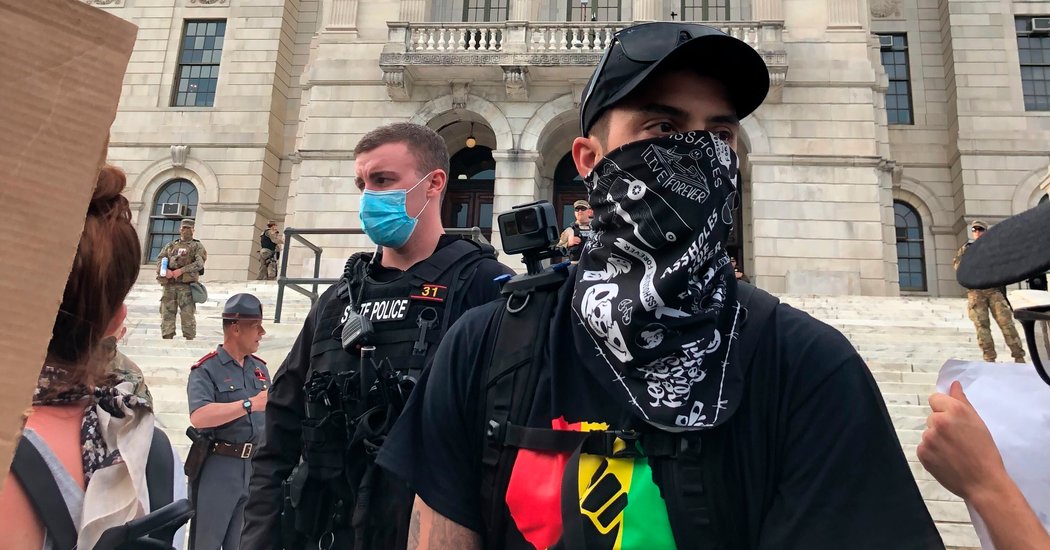 Over the last two weeks, the number of Americans who have downloaded Signal, an encrypted messaging application, has skyrocketed. Many are using the app to organize and participate in protests against police brutality (without being spied on by law enforcement).

The week before George Floyd died on May 25, about 51,000 first-time users downloaded Signal, according to data from the analytics firm Sensor Tower. The following week, as protests grew nationwide, there were 78,000 new downloads. In the first week of June, there were 183,000. (Rani Molla at Recode noted that downloads of Citizen, the community safety app, are also way up.)

Organizers have relied on Signal to devise action plans and develop strategies for handling possible arrests for several years. But as awareness of police monitoring continues to grow, protest attendees are using Signal to communicate with friends while out on the streets. The app uses end-to-end encryption, which means each message is scrambled so that it can only be deciphered by the sender and the intended recipient.

“If you don’t have end-to-end encryption, by definition, there are other parties that can read your messages,” said Joseph Bonneau, an assistant professor of computer science at New York University who has researched cryptography. “That doesn’t mean that they necessarily do, but it usually means that they can and, in particular, depending on what jurisdiction you are in, they can be ordered to by law enforcement.”

SMS texts are not encrypted, so those messages can be read easily off the servers and cell towers that transmit the data. WhatsApp is encrypted but owned by Facebook. Many activists believe the application is only as secure as Mark Zuckerberg’s convictions.

Signal has also already been tested. In 2016, the chat service withstood a subpoena request for its data. The only information it could provide was the date the accounts in question were created and when they had last used Signal. Signal does not store messages or contacts on its servers, so it cannot be forced to give copies of that information to the government.

“Facebook and Twitter feel like standing on the side of the street, just kind of like, yelling,” said Jelani Drew-Davi, a 25-year-old black campaign manager at Kairos, an organization that teaches digital organizing strategies to people of color. “Signal is like taking to someone I want to talk to, and going into a very quiet corner.”

In addition to privacy, some users are concerned about who may profit from their use. Signal was developed by a nonprofit. “WhatsApp is owned by Facebook, so it makes money off of who is talking to whom, when,” said Bex Hong Hurwitz, 39, the founder of Tiny Gigantic, a company that works with activists and organizers to promote digital safety. (A spokesman for WhatsApp said the company does not keep records of private conversations.)

Signal also allows users to set their messages to delete after a period of time. And last week, the app introduced a “blur” tool for photographs, which can be liabilities for protesters. Many organizers suggest attendees wear nondescript clothing and face coverings, because police have identified people from protest footage.

“I stood in front of a crowd of a few thousand people the other day and told them to wear as nondescript clothing as possible,” said Lilith Sinclair, 25, an Afro-Indigenous organizer who lives in Portland, Ore.

Conversations about privacy and data security have only recently come to the fore. Once, to many Americans, government surveillance felt like something that only happened in other countries. (In reality, the U.S. government has a long history of observing and tracking American citizens.) But after the Patriot Act permitted warrantless wiretapping in 2001 and Edward Snowden leaked information from the National Security Agency in 2013, awareness of mass surveillance has grown.

In recent years, downloads of Signal have spiked during times of national anxiety and unrest. The first few months after the 2016 election were a busy time for Signal, according to data from the tracking firm Apptopia. Downloads were high on Election Day (Nov. 8, 2016), Inauguration Day (Jan. 21, 2017) and the day of the Women’s March (Jan. 22, 2017).

Downloads also rose on Dec. 10, 2016, when information about the Russian hacking of American political parties came to light, and in late March of 2018, as news of the Cambridge Analytica breach of Facebook data dominated the news cycle. (Moxie Marlinspike, who founded Open Whisper Systems, the nonprofit that developed Signal, declined a request for comment.)

Now, wider adoption of encrypted apps seems possible. Ruba Abu-Salma, who recently completed her doctorate in computer science at University College London, studied Telegram, an encrypted messaging app used widely in the Hong Kong protests. She found that the apps people use to communicate are largely determined by their social group.

“If your peers and your colleagues and your family members are using a messaging application, you will end up using that messaging app, even if you perceive it as insecure,” Dr. Abu-Salma said. “The primary goal to use a communication app is to communicate with people.”

The same is true in reverse. As more people download Signal, it is easier to move to encrypted conversations about issues not directly pertaining to the protests.

Michael Onah, a 29-year-old attorney at the nonprofit law practice Phillips Black who represents people on death row, just downloaded the app last week, after his friends and colleagues suggested it to him. He was initially reluctant to add another app to his already-crowded phone, but the ongoing protest movement convinced him.

“I think the protests and sort of just thinking about my work generally has really changed my mind on it,” said Mr. Onah, who is black and has been acting as a legal observer at the protests.

He intends to keep using the app to communicate about sensitive information with his clients. “My responsibility in how I use my phone and how I go about my life has sort of changed,” Mr. Onah said. “People who are relying on me are in custody of the state, an entity that can really extract data from me and use it against me in this terrible way. I have a duty to them now.”

Mr. Onah is also aware that the federal government is working to expand oversight privileges. The EARN IT Act, intended to stop child sex abuse, could also endanger encrypted communication. He worries that the declaration of the anti-fascist movement as a terrorist organization could also lead to broad base oversight.

“Before, it was tied to ‘criminal activity,’” he said, referencing justifications for surveillance put forward by Senator Joseph McCarthy in the 1950s. “But now that the White House has declared war on people who oppose hateful, racist, white supremacist groups, maybe law enforcement could extend that definition to people to people like me.”

How to Turn Your Hobby Into a Career