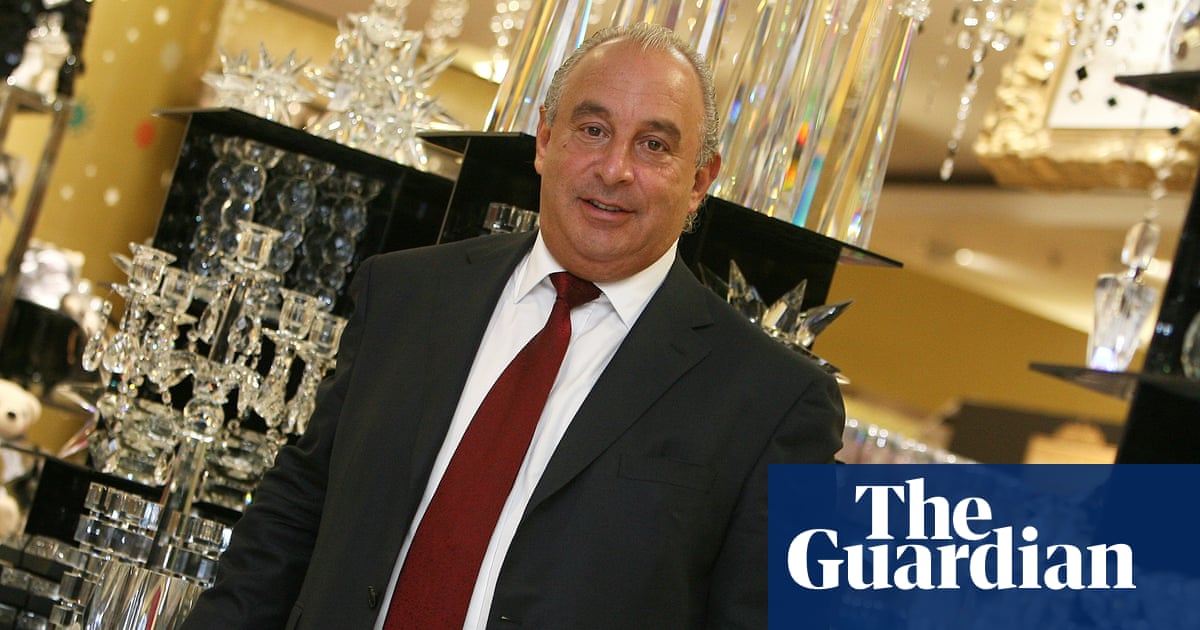 He was once seen as the king of the UK high street, but the likely demise of Sir Philip Green’s fashion empire comes long after that crown slipped to the floor.

Green’s image was tarnished irreparably when he sold his ailing BHS department store chain for £1 to Dominic Chappell, a former bankrupt with no retail experience.

The business collapsed only a year later with the loss of 11,000 jobs and a £571m pension deficit, leading to an outcry that eventually forced Green to pay £353m to support the pension scheme.

A parliamentary investigation into the matter concluded the Green family had systematically plundered BHS and described the hole in the pension fund as “the unacceptable face of capitalism”.

It led to calls for Green to be stripped of his knighthood, awarded by Tony Blair for services to the retail industry in 2006.

As he reeled from that financial blow, Green’s reputation suffered a further bashing from allegations of harassment and bullying. The former Labour cabinet minister Peter Hain used parliamentary privilege in 2018 to name the Topshop tycoon as the businessman at the centre of allegations about poor treatment of Arcadia staff.

Amid widespread press coverage of the allegations Green headed overseas, first to the US and then Monaco. Meanwhile his Arcadia Group, long used to close monitoring by the retail boss, was ebbing away.

Its massive portfolio of high street stores has long seemed outdated and Green has been closing dozens of outlets a year for some time. But former employees and industry watchers say the veteran businessman failed to invest sufficiently in the shift to online and stuck with outdated ways of buying and selling goods.

With heavy competition from online upstarts such as Asos and Boohoo, which source their fashions closer to home and can respond much more quickly to their young shoppers’ desires, Topshop and Arcadia’s weaker brands have struggled.

Its attractions were also undercut by the likes of Primark, which has combined cheap prices with savvy digital marketing techniques and to draw shoppers into its increasingly large and service-packed stores.

Arcadia’s share of the clothing market has slumped to 2.7% from nearly 5% in 2015, according to analysts at GlobalData.

Sofie Willmott at GlobalData said: “Arcadia’s stable of brands have lost relevance in recent years, with more appealing and innovative retailers that better target their shoppers, such as Asos and the Boohoo Group, muscling their way in.”

Richard Hyman, the veteran retail analyst who has followed Arcadia’s progress for decades, estimates that Topshop’s sales have probably fallen to just £600m from more than £900m three years ago.

He says the group’s demise can’t all be attributed to Green. Most of the smaller brands such as Evans and Wallis had already passed their peak when Green snapped them up in 2002 and arguably his biggest mistake was holding on to them beyond their sell-by date.

“It’s amazing that he has kept them going so long and continued to extract a return from them and keep so many people employed,” Hyman said.

Failing to hone down the group meant that strong brands, including Topshop, missed out on investment as it tried to prop up ailing divisions including BHS, Wallis and Evans.

Hyman adds: “Green has made life more difficult for himself than it might have been as his reputation has gone before him and made it a lot more difficult to attract the kind of talent he wanted and needed.”

Insiders and competitors say he also starved the brands of the kind of investment and strong relationships with the best suppliers that might have helped them fight off competition.

“There was a lack of investment in the right places,” says one former staffer. “Four or five people who have been there for decades run the place. They were still buying in-depth from the far east on long lead times.”

An ill-starred venture to the US kicked off in 2009 and ate up resources before it was wound up last year.

Another brake on investment was payments to Green’s family. The Greens collected more than £1.5bn from Taveta, Arcadia’s parent group, since 2005 including a £1.2bn dividend, paid to Green’s wife, Tina, in the tax haven of Monaco, and at least £356m in interest, rent and property.

The biggest payout was made at the height of Green’s reign on the high street. It funded a lavish lifestyle including several yachts and extravagant birthday parties attended by Hollywood A-listers.

It had already been a bumpy ride to get there.

Having left school at 16, Green worked in the family property business and then for a shoe importer before branching out on his own buying and selling fashion.

His ventures met with mixed success. In 1981 he launched a range of Joan Collins jeans that flopped and in 1988 took over at listed menswear business Amber Day. At first the business thrived, but in 1992, after missing profits forecasts, he was ousted and vowed never to be involved in a stock exchange-listed business again.

Despite the scandal, Green made his way back into the spotlight with a string of lucrative deals including the break-up of the UK’s Sears empire, part of which was sold to Arcadia.

With the backing of the major high street supplier, now turned restaurateur, Richard Caring, he went on to buy BHS for £200m in 2000 and claimed to have revived the business before securing Arcadia in 2002 for £850m.

But when BHS began to flag, Green turned down numerous buyout offers in the hope of a better deal. The group was finally sold to Chappell in 2015, marking the beginning of the downturn in Green’s fortunes.

The Style of Happiness