Buying your first ‘proper’ watch – or gifting it, for that matter – has never been easier. There’s the volume of good advice for a start, accessible and understandable outside the murky denizens of watch-nerd forums (over here, for example). And for once, there’s little danger of those watch-nerds looking down their noses once you’ve chosen; quality and cool factor can easily be found in automatic watches under £2,000.

The likes of Hamilton, Tissot and Oris have incredibly good-value pieces below the £1k plimsoll line, which tick (sorry) all the right boxes, but afford yourself to venture above and you’re getting just that little bit more.

The case will be better built for a lifetime of knocks and splashes, and your leather strap will be hard-wearing alligator or even a hefty bracelet, rather than flimsy calfskin. Ultimately, spend up to £2,000 and you’re investing in heirloom territory. Simple enough, you might think – until you realise the sheer spectrum of styles on the market. Allow us to help…

Don’t let Tudor’s relationship to mothership Rolex distract you – this is a brand furrowing its own path with recently renewed vim and vigour. Partly in terms of movement-making autonomy, and especially when it comes to a nostalgic take on the hardy military watch.

It’s by no means rose-tinted or even affected however, its Heritage Black Bay diving watches and this Heritage Ranger field watch, on a fittingly vintage-style leather strap, all stem from an era (the sixties) when the pluckiest of military sorts would opt for a Tudor over anything else. The cushion case and bright colourways of the 24-hour timezone are perfectly balanced, with just enough nostalgic familiarity to reassure purists. But along with the requisite customisability, what’s especially alluring is the price: for a rugged watch fitted with precision Swiss mechanics, £1,100 seems too good to be true. Ever since ETA (the Swiss watch industry’s biggest supplier of mechanical movements, not the Basque extremists) started restricting their supply to brands operating precisely in the £1,000–£2,000 market, we’ve seen a heartwarming flurry of mechanical innovation in this affordable sector.

To a list that includes Baume & Mercier, Oris and Tudor and counting, you can add Raymond Weil, whose long-term partner Sellita has worked up a new movement, framing the ticking balance wheel with a window at 6 o’clock, maximising enjoyment of your investment. Due to the nature of their complicated movements, automatic watches tend to be far pricier than their manually-wound cousins. This is especially true of in-house made calibers, which are crafted by artisans under the very roof of the brand who’s name is on the dial.

All of Nomos’s watches now feature in-house movements, but unlike other brands it doesn’t charge inordinate amounts. Granted, this Club is still nearly £2,000, but this is a significantly lower figure than you’d find from rival Swiss brands. Simplicity is at the heart of this piece, as is quality – even the leather strap is made from Horween leather, one of the finest and most durable leathers in the world. With typically head-scratching value for money, here is the latest of Oris’s line in high-performance ‘Aquis’ diver’s watches, water resistant to hardcore SCUBA standards (300 metres) and inspired by Oris’s quest to raise awareness of the importance of water and ocean conservancy.

It’s the posterboy for campaigning swimmer Ernst Bromeis and his 800km ‘Blue Miracle’ swim across the world’s largest freshwater lake – but anyone looking for a bang-on-trend, fit-for-purpose diving watch will be swayed by the slick bezel and that cheeky rubber strap in Baywatch red. Like fellow countryman Nomos, Junghans’s Max Bill collection is defined by the simplicity of Germany’s Bauhaus movement – the difference here being direct pedigree: the titular Herr Bill, a protégée of Herr Gropius himself, designed an alarm clock for Junghans back in 1956, its crisp dial sashaying into wristwatch form come the sixties.

For this anniversary limited edition, Junghans sought special dispensation to reveal the mechanics through the caseback – which would normally be frowned upon by the Weimar school. 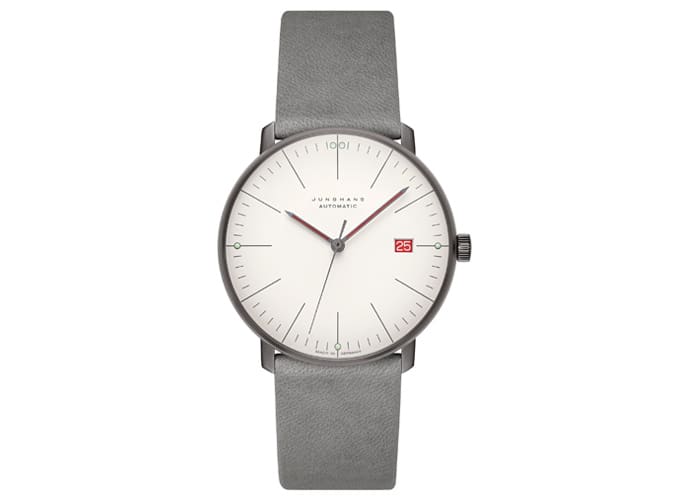 Switzerland’s most popular sporting watchmaker can put a large part of its success down to Heuer’s foothold in the world of motorsports, from the sixties onwards. The Carrera chronograph invented the notion of a driver’s watch, everyone knows that picture of a race-suited Steve McQueen at Le Mans wearing his blue Monaco, and Ayrton Senna… well, because Ayrton Senna.

So, for just £1,600 you’re not only getting a great-value automatic TAG Heuer – you’re wearing copper-bottomed high-octane pedigree. Ball is a classic American watch name, reimagined in recent years on Swiss soil, with exactly the calibre of local suppliers you’d want for this price range. Arguably, the story alone is worth investing in, Webster C. Ball having been promoted from humble Ohio jeweller to Chief Inspector of the Lines for America’s expanding railroad back in the 19th century, ensuring every railman’s watch ran on perfectly synchronised time – ‘on the Ball’, in the original sense. Helmut Sinn may have died in 2018 aged 101, but the no-nonsense robustness of his eponymous brand’s tool watches remains a vivid horological representation of his extraordinarily colourful life.

As a World War II Luftwaffe pilot he was shot down over Russian territory, losing both little fingers. Having seen out the war as a flying instructor, he then switched to rally driving before starting this very watch brand. Buy this nuclear sub’ of a diving watch, wear it anywhere, grow to love it, and feel constantly, naggingly inadequate. 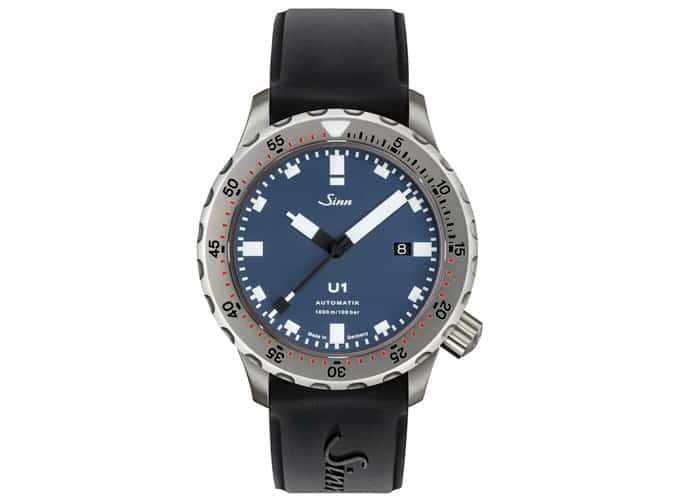 Rado’s HyperChrome collection has become ‘hyper’ in more senses than one, starting out as a return to classic, circular simplicity and now expanded to all manner of styles from retro to futurist, even cushion-shaped.

This reissue of 1962’s ‘Captain Cook’ diving watch is nostalgia at its best – the brown leather is worthy of an actual captain’s log. But it’s also future-proof with its hardened titanium case and ceramic-inlay rotating bezel. Pleasingly old-fashioned looks with thoroughly modern tech? Yes please. 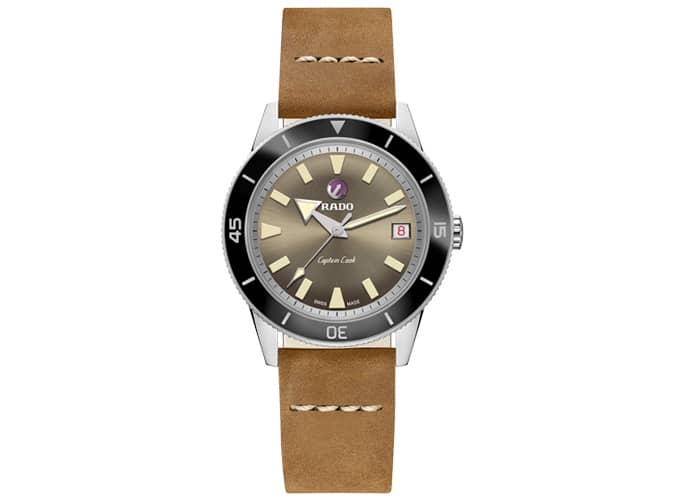 How Summer Festivals Persevered in the Pandemic

The Unexpected £9 Product That Rochelle Swears by for Radiant Skin