There’s nothing like a shamelessly romantic movie to get the heart-stirring on Valentine’s Day. When all else fails – your date idea falls flat or the roses wither on the way home – a well-chosen movie will make Cary Grant or Ryan Gosling your wingman for the night.

So whether you’re actively planning your romance around Netflix and chilling, or just need something to fill in for the restaurant overbooking, these are our favourite movies to watch on Valentine’s Day, with just enough schmaltz to make everyone happy, not nauseous.

Based on the novel by Truman Capote (yes that guy who wrote the gruesome In Cold Blood), Breakfast at Tiffany’s takes much of the book’s grit and replaces it with sparkle, mainly in the form of Audrey Hepburn’s ethereal, silver-tongued Holly Golightly and a happy ending in the rain.

Golightly is an erratic socialite, who makes acquaintances with struggling writer and downstairs neighbour Paul as it slowly turns out there’s more to Golightly’s high-fallutin’ lifestyle than meets the eye.

The rich cinematography, slapstick humour, and dry wit will charm while the ugly anachronisms will not, some of which were even shocking back in 1961 (Mickey Rooney’s horrifyingly racist portrayal of Golightly’s Japanese landlord is head-in-your-hands bad). Just focus on that Golightly charm. 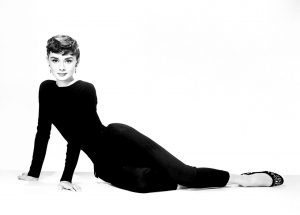 A bit like Ronseal, offering exactly what it says on the tin, Crazy Rich Asians was a surprise blowout hit when it crashed into our cinema screens in 2018. The story is a tale as old as time: girl meets boy, a family of boy doesn’t approve of girl. So far, so Romeo & Juliet.

What makes Crazy Rich Asians stand apart is firstly how it transposes that story away from Verona and onto the upper classes of Singapore, and secondly, just how ruddy charming and lovely the leads and star-crossed lovers Constance Wu and Henry Golding are. Sadly, people are not made this undyingly perfect in real life (or this rich). Oh well, the other half will find that out eventually. Comedian and Silicon Valley star Kumail Nanjiani makes for an unlikely romantic heart-throb in this rom-com based on Nanjiani’s own experience of falling in love with wife and co-writer Emily V Gordon (played in the film by Zoe Kazan).

After the meet-cute – when Emily heckles Kumail at one of his stand-up shows – the pair tentatively enter into a relationship but Nanjiani remains hesitant because of his family’s insistence that he marry a girl from their own Muslim culture. They eventually break up just before Emily falls ill and is put into a coma. Her parents come to her bedside, clashing with a concerned, but awkward Nanjiani.

Despite the soapy story (it’s funny to think this is based on real life), the pacing is relaxed and natural while the actors resist over-egging the subject matter for something a whole lot more touching. When it comes to romantic comedies it doesn’t get more iconic than this 1989 classic. Penned by the queen of the genre, Nora Ephron, it details the decade-long on-off friendship-then-relationship between an uptight Sally (played by Meg Ryan) and the wise-cracking Harry (Billy Crystal).

Ryan and Crystal both put in career-defining performances, but it’s the dialogue that’s the real star of the show, gifting us with some of the greatest and most quotable one-liners in cinema history. We’ll have what Ephron’s having. Four Weddings And A Funeral

From the queen of the genre we move onto the king, Richard Curtis, for the quintessential, most British movie full stop. A floppy-haired, stuttering Hugh Grant stars as Charles, who falls, enraptured, for Andie MacDowell’s poised American Carrie at a mutual friend’s wedding. They spend the night with each other but don’t exchange the deets – oh we’ve all been there Charlie boy – and so the next time they meet isn’t until the next marital ceremony, and on it goes.

Obviously, the relationship develops beyond the one night stand but Charles is too damn awkward and British to tell Carrie how he really feels. Until it really counts, that is, and well, that’s what love is about really (in the world of rom-coms at least), providing Charles can sort his damn vowels out. Everything You Need to Know About Clubhouse, the App Celebrities Are Flocking To

I’m a London-Based CEO, and I Feel Mad Cool When I Wear These 7 Fall Items