It’s not hard to remember a time when the words “hemp” and “clothing”, when used in conjunction, would conjure up images of a white man with dreadlocks throwing around a hacky sack. Thankfully, those dark days are behind us.

In fact, in a 2018 interview, grime superstar Jme stated that “vegan is now normal.” And he’s not wrong. From chain restaurants actually catering to their vegan customers to big fashion houses thinking about the materials they use, the plant pound is big business.

“There’s no doubt that a vegan fashion revolution is underway,” says PETA director Elisa Allen. “The climate crisis has compelled many people to think about the impact that our buying choices have on the planet and the animals who live on it.”

The good news is that technological advances in the textile industry mean that the alternatives are no longer consigned to the potato sack offerings. “Innovative materials such as leather made from apples or pineapples, wool made from coconut or hemp, and silk made from oranges are revolutionising the future of fashion,” adds Allen.

Whether the urge to forgo animal products is borne out of compassion for our four-legged, winged and finned friends, or a desire to lessen your impact on the environment (fun fact: cow’s fart out a lot of methane), here’s what to avoid and 10 stylish brands that’ll help you do it.

Key Materials To Avoid (And What To Wear Instead) 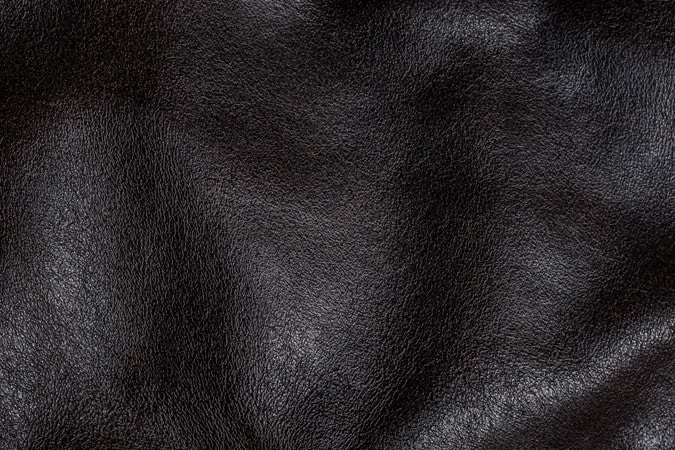 Used for everything from this season’s most hyped sneakers to slick backpacks, wallets and even that little patch on the back of your jeans, leather is hard to mooove away from (apologies). Those who do, however, will contribute towards reducing the massive amounts of energy and chemicals required during the manufacturing process.

There have been some serious strides made in the world of leather alternatives, and not all of them are plastic horror shows. Surprisingly, it’s fruit that most innovation has come from, with Italian company Vegea crafting a grape leather from the waste product of wine, and even Hugo Boss releasing a collection of sneakers made from Pinotex, a leather substitute made from pineapple. Eliminating wool from your wardrobe should be easy, right? What with fine knit jumpers often being actually made from cotton (cheaper than wool) or acrylic (cheaper still), but it’s when you start looking at the labels in your suits or tweed jackets you might not be such a happy bunny.

Happily, there are a flock of alternatives to the sheep stuff. Woocoa, which is crafted from hemp and coconut fibres, is an innovation from the bright design students at Bogotá’s Universidad de los Andes that was awarded the PETA Prize for Animal-Free Wool at the 2018 Biodesign Challenge. More readily available, good old-fashioned hemp and linen (both of which are naturally eco-friendly too, using far less water than cotton) are smart options for suiting. Unless you style yourself after Pacho Herrera (which wouldn’t necessarily be a bad thing, wardrobe-wise at least) eliminating silk (which is produced by silkworms) shouldn’t require too much of a sartorial switch-up. However, it’s the little things that can catch you out and you might come unstuck when it comes to your tie collection.

It depends on how strict you are. Some vegans are okay using Peace Silk, which allows the silkworms to turn into moths and emerge naturally from their cocoons before the manufacturing process. However, US-based company Bolt Threads has been busying away in their labs and, inspired by the way our eight-legged friends weave their webs, have come up with Microsilk aka spider silk, which has been used by the likes of Patagonia and Stella McCartney. There was a time when a label claiming use of natural duck and goose down was seen as a mark of quality. Not so much anymore, and now brands are eager to flash their ethical credentials, which is good news for you if you prefer your ‘90s staple – the puffer jacket – to come without a side of plucked feathers.

What To Use Instead

From Polartec, which created the first synthetic fleece in 1981 and PrimaLoft, whose vegan fabrics were developed for the US Army and now counts Adidas and The North Face as its clients, there’s a wealth of high-performance alternatives to down. Better yet, opting for a vegan version doesn’t mean a loss in quality. Take 3M Thinsulate, whose tech advances can be found used by cool AF workwear brand Carharrt – its microfibers trap more air than feathers can, making for much better insulation.

Heritage label Lee Jeans can be pretty forward-thinking when it wants to be. Case in point, the brand’s sustainable denim line. Crafted in Italy’s famed Candiani Mill, it uses 70 per cent fewer chemicals, 70 per cent less energy and 50 per cent less water than denim usually requires. But crucially for animal lovers, that little leather back patch that’s usually found on jeans has been replaced with a vegan version. Having spent the last quarter of a century, making affordable and attractive vegan backpacks, Montreal-based accessories brand Mat & Nat is an expert at crafting handsome goods without the ethical hangover. The label has subsequently expanded into other small accessories and shoes, but what’s most exciting is that since 2007 it has made use of linings that are crafted from 100 per cent recycled plastic bottles, salvaging up to six million every year. British high street stalwart Marks & Spencer is leaps and bounds ahead of its competitors when it comes to vegan fashion. Responding to a growing interest in veganism from its customers, not only is ’vegan’ a searchable term on the store’s website, but it has also introduced a dedicated logo to pieces like its Derbies and holdalls to give shoppers a clear choice that meets their lifestyle. The fairy godmother of vegan fashion, Stella McCartney has long been an industry pioneer, creating luxury garments that are completely cruelty-free. The designer’s faux leather jackets deserve a place in every well-edited wardrobe, while partnering with Adidas on vegan Stan Smiths was proof of just how mainstream veganism really is. McCartney was also one of the first brands to make use of innovations in vegan silk. Founded in 2016, Switzerland’s Fjordson Watches has already made its way on PETA’s Vegan-Approved list. Crafted in Europe after the sleek Scandinavian style of the brand’s northern neighbours, these minimalist timepieces come served with a side of good deed as the brand donates 5 per cent of its profits to Belgian wild animal rescue centre Natuurhulpcentrum. No wonder they so often sell out. While a fair few outdoorsy brands have something to offer to their vegan customers, Italian label Save the Duck has entirely replaced the goose down in its quilted jackets and parkas with its state-of-the-art ‘Plumtech’. Designed with trekking in mind, this synthetic down is made from recycled polyester, is 100 per cent cruelty-free and, crucially, is waterproof. Hailing from a family of clog makers, Belgian designer Mat Rombaut cut his teeth at French luxury label Lanvin before establishing his eponymous brand. Making use of stone, tree bark, natural rubber, cotton cellulose and coconut fibre, Rombaut, himself a practising vegan, began his own line when he was unable to find footwear that was compatible with both his aesthetic and his lifestyle. Crafted from sustainable materials, his directional and wonderfully clompy shoes are the best there is. Because most are made from silk or wool, finding a vegan tie can be seriously tricky. And finding a stylish one that you wouldn’t mind knotting around your neck, even harder. Happily, US-based brand Jaan J has stepped up to the sartorial plate with its luxe and impressively wide selection of handsome cruelty-free ties, bow ties, and even pocket squares. Hemp is having a bit of a moment, not just because of its links to CBD oil, but because it’s one of the eco-friendliest fabrics around, and is being used in increasingly ingenious and wearable ways. Take HoodLamb, for example: based in Amsterdam (insert your own hemp joke here) this innovative brand crafts coats that are warm enough to snowboard in and jumpers that you’ll want to go out in. For a vegan beer, of course. Founder of the ethical blog The Discerning Brute, Joshua Katcher began his own vegan menswear brand, Brave Gentleman, in 2015. What was initially borne out of a lack of desirable brands to write about has grown to be a leader at the luxury end of the cruelty-free spectrum. As well as shirts and trousers, Katcher crafts suits from entirely from Italian-milled Bamboo that are as smart as any of his high-priced competitors. All the Best Looks From Pre-Fall 2021