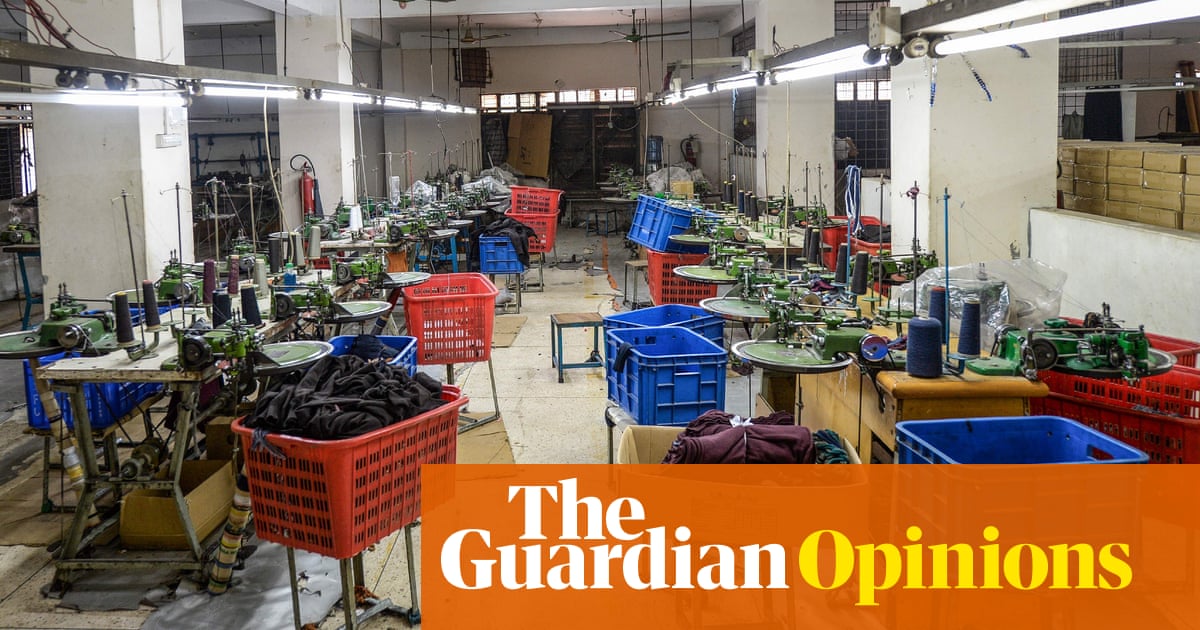 Is the UK governed by parliamentary democracy or big businesses? It is a question that should concern us all, yet it is becoming increasingly hard to differentiate between the two, as the government hands out multimillion-pound contracts to private firms with dubious track records, and ministers revolve between roles at big banks and government. Last week, the line between UK aid and private businesses was called into question, as the Department for International Development (DfID) announced the decision to direct £4.85m of taxpayers’ money towards the work of large retailers including M&S, Tesco and Primark.

The DfID funding is intended to support large companies to fix vulnerable supply chains and ensure that “people in Britain can continue to buy affordable, high-quality goods from around the world”. These aims, along with the fact that UK brands have been entrusted to deliver them, set off alarm bells for labour rights campaigners like myself, who advocate for better working conditions in the global garment industry.

Given that many of the supply chains that brands have built and reap huge profits from, are eroding and undermining workers’ rights, it is absurd that the government is entrusting and subsidising retailers to “fix” the problem. The fashion industry regularly churns out billionaire CEOs, while garment workers are paid poverty wages.

DfID does not attempt to conceal the prioritisation of British consumers, and their need to buy “affordable” goods, rather than support exploited workers. Instead of ensuring a steady flow of cheap goods at unrealistic prices that barely cover wages and materials, the UK government should be ensuring that consumers pay a fair price for their goods. To do otherwise effectively subsidises the exploitative and systemically unfair model.

The Covid-19 crisis has undoubtedly exposed the vulnerability of supply chains. The onset of the crisis and subsequent lockdowns had brands including Primark rush to protect their profit margins. The crisis has shown how quickly brands will exploit loopholes in supply chains that are built to limit their obligations to suppliers, with devastating effects for workers. The Clean Clothes Campaign estimates that garment workers are owed about $5.8bn (£4.4bn) in unpaid wages from the first three months of the pandemic alone.

Over the decades, brands have sourced production from countries with low wages and poor workers’ rights protections. This race to the bottom has seen brands abandon production countries when supply chains are strengthened in favour of workers. More recently, brands like Tesco started production in Ethiopia, which boasts the lowest base wage in any garment-producing country. Make no mistake: the structure of supply chains is by design – not by accident – and brands are the lead architects.

The pattern of (mostly) western brands profiting from the exploitative labour of black and brown workers is not new. In fact, the garment industry echoes and perpetuates colonial structures that extract labour and resources from countries in the global south, maximising profits for wealthy (mostly white) western bosses. The DfID funding painfully plays into this archaic structure, by injecting funding for solutions at the top of supply chains, rather than listening and supporting worker-led solutions and initiatives to create secure, safe and dignified employment.

In order to strengthen supply chains in a meaningful way, the UK government should use its influence to strengthen mandatory due diligence and bolster enforcement of human rights protections in supply chains. The brands involved in the DfID project should already be ensuring that workers receive living wages that cover food, housing and education. They should not be looking to taxpayers to provide the basics of good employment, security and safety. Now that the coronavirus crisis has exposed how perilous working conditions are for garment workers, we need real systemic change – not top-down solutions – that experience shows may never trickle down to workers.

• Meg Lewis is a senior campaigner at Labour Behind the Label

• This article was amended on 25 August 2020 to remove a reference to Primark producing goods from Ethiopia.

Modern Love: The Pandemic Arrived. His Text Back Did Not.