There’s a reason that everyone from the Beatles to Kanye West has worn Chelsea boots. They’re as classic as menswear gets: the high-top boot, laceless and usually with a stretchy panel of elastic to keep your foot secure, has been around since the mid-1800s, and the design hasn’t changed much since. Leave it to Raf Simons, the Belgian designer beloved by fashion nerds and swaggy rappers in equal measure, to transform the Chelsea boot—and to make even a sleek, vaguely sci-fi version feel like a must-cop classic.

The leather boots debuted as part of Simons’s futuristic Fall-Winter 2020 collection, way back in January. (A Trent Reznor cover of David Bowie’s “Life on Mars?” played in the background.) Much like your typical Chelsea boot, these ones stood tall and stiff, with a rectangular elasticated gusset. But now that the boots are on shelves, we can get a closer look—and learn that that is where the similarities end and the magic of Raf enters. He’s added a notched heel and a shiny silver zipper that runs from the heel to the top of the boot. Two simple details that add a cinematic and ultra-modern quality to the shoe. The look recalls the short-lived era of the sock sneaker, a year or so when the hyper-sleek, ankle-hugging footwear was in-demand as it gets. On the runway, the silhouette as the boots were also shown in bright cherry red, pristine white, and pale turquoise.

Simons is known for his Nostradamus-like ability when it comes to design and fashion. He played a major role in introducing the ugly fashion sneaker back in 2013 via his take on the Adidas Ozweego, years before the bulky runner style would overtake the industry. His knack for sumptuous knit sweaters and broad-shouldered blazers has been well ahead of many trend cycles. Time and time again, Simons has designed the future of fashion and waited for the world to realize it. It looks like he just might have done it again. 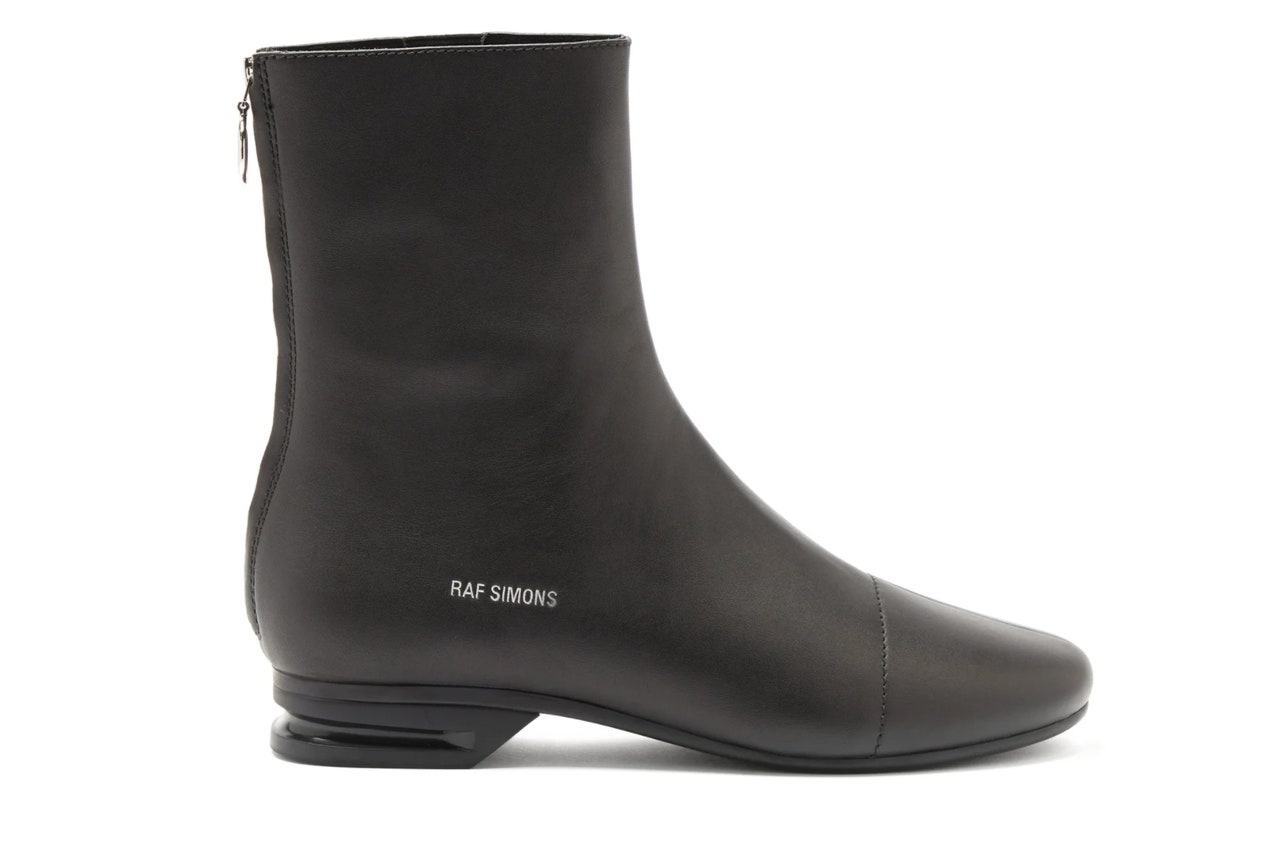 PSA: The Zara Dress That Has Taken Over the UK Is Still in Stock

Why Fit and Function Outweigh Fashion

Gucci Launches Off the Grid, Its First Sustainable Collection