Skip to Content
Home / Business / The Guardian view on China and the Uighurs: everyone’s business 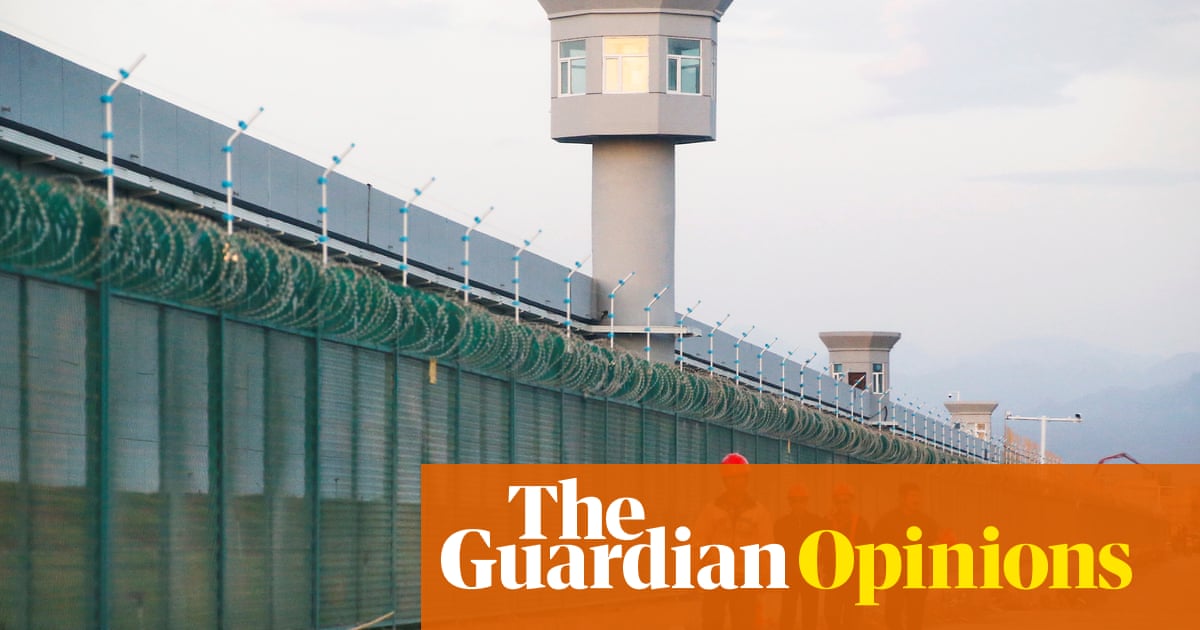 It has taken too many horrors, but at last the world is paying heed to China’s treatment of the Uighurs. Satellite pictures of detention camps, and procurement requests for spiked clubs, have been supplemented by leaked internal documents warning “allow no escapes”, and growing testimony from relatives and former inmates whose desperation has overcome their fear of retaliation for speaking out.

What once, perhaps, seemed remote and opaque to those in other countries has become much more immediate. The crackdown in Hong Kong, taking place in the public eye, has highlighted the ruthlessness of the Communist party’s response to perceived challenges. Reports of the forced use of IUDs, sterilisation and abortion suggests a campaign to slash birth rates among Uighurs and other minorities, which some experts have described as “demographic genocide”. Last week a coalition of rights groups warned that virtually the entire fashion industry is complicit in abuses, due to the use of forced labour in Xinjiang’s mammoth cotton industry. It is harder to turn your back on people who made the shirt upon it.

An estimated million or more Uighurs, and other Turkic Muslims, have been held in the camps for the most moderate expressions of religious belief, having relatives abroad, or even failing to pay bills. Former inmates describe political indoctrination and abuses ranging from being forced to eat pork to rape and torture. Though some have been released, others have been sentenced to long prison terms or transferred to factories as forced labour. Those outside dwell in a digital gulag, under relentless hi-tech and human surveillance. China, which initially denied the camps’ existence, now says they are vocational centres to re-educate those “infected” by extremism and terrorism – a necessary deradicalisation campaign following violent attacks. Yet its approach in the region amounts to treating Uighurs and their way of life as fundamentally suspect. Almost any expression of Uighur culture, bar singing and dancing, is regarded as threatening – and thus in need of eradication.

The US has already blacklisted companies and institutions it believes are involved in human rights violations in the region. But though Donald Trump has now signed a law calling for sanctions against officials responsible for violation, he reportedly told Xi Jinping that the detention camps were “exactly the right thing to do”. Meanwhile, hawkish Republicans voice a hitherto undetected interest in Muslim religious rights. The administration’s cynicism is not an excuse for others to dodge the issue. On the contrary: it is all the more reason to demonstrate the depth and breadth of opposition to outrageous violations of human rights.

Britain and France have stepped up their criticism. The UK now has an opportunity to use the new Magnitsky-style law to target officials responsible for crimes in Xinjiang. But China has too long been able to play countries off against each other. The European Union must do more. António Guterres, the United Nations secretary general, should publicly press China to allow his rights chief access to the region. Muslim countries remain shockingly silent.

Pressure should also be exerted on companies doing business in the region. The coalition that issued last week’s warning on the fashion industry is urging governments to strengthen laws banning trade in goods produced using forced labour, and to require human rights due diligence in supply chains. But consumers can play their part too. British lawyers have argued that the international community is legally obliged to take action over what is happening in Xinjiang. The moral case needs no debate. Uighurs can wait no longer.

Walmart gets creative, goes virtual as it plans for holiday toy shopping