Skip to Content
Home / Business / The UK’s role in the clothing industry has to change, or abuses will continue | Nikolaus Hammer 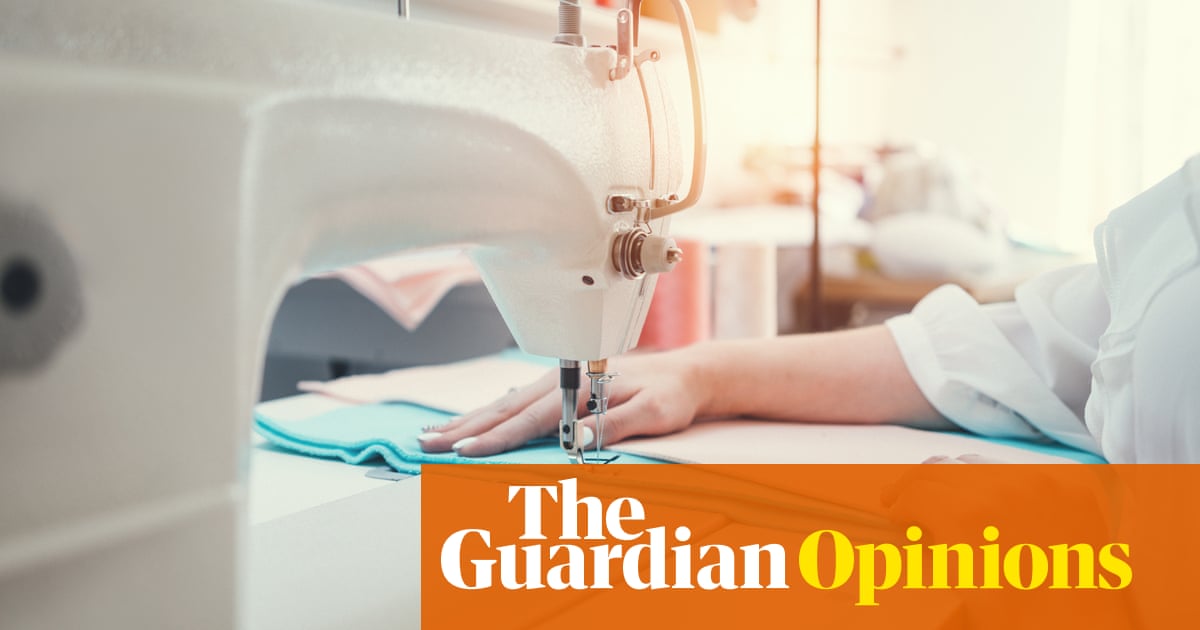 Despite decades of undercover investigations into and analysis of the UK’s textile industry, and parliamentary reports on human rights abuses and sustainability, the latest evidence of factories in Leicester that may have been paying workers well below the minimum wage suggests that we are far from solving these injustices.

Today’s global networks for sourcing garments were established in the 1980s and 90s, when production was sent offshore to countries with lower labour costs, putting brands firmly into the driving seat and intensifying competition among suppliers. Brands can contract with hundreds of suppliers across different countries and have the flexibility to switch or abandon them very quickly.

And yet, over the past ten years, sourcing from the UK has become attractive again. Rather than the months it takes for an order from south Asia to arrive, UK factories can start supplying within a week – great news for the industry, since the enemy of retail is an empty shelf or a bare online platform. Enabled by real-time sales data, a slick just-in-time system took hold whereby brands reduced their risk by placing very small orders and repeating them. If the suppliers down the road can produce and deliver so fast, why not first see whether an item sells?

This system delivered enormous benefits to brands. It made them very agile in reacting to fashion trends, and significantly cut costs related to transport, inventory and items sold at a discount. More importantly, it allowed brands to exercise their market power even further. Suppliers were asked to reduce the turnaround time for orders and, as orders were for only a few hundred items at a time, essentially faced a permanent auction. In many instances brands retrospectively change the terms of an order, which inevitably meant lower prices for suppliers.

Suppliers, though, have little choice but to accept. By taking an unprofitable order they may at least be able to pay their overheads, while holding out for a more profitable repeat order. It is little surprise, then, that many suppliers pass this risk on to their workers, mostly in the form of precarious employment and wage theft (estimated at more than £1m a week). Many workers have no employment contracts. If a factory has no orders, there is no pay. If it does have orders, the hourly rate is around £3-£4.

Of course, there is the national living wage, but how useful is £8.72 on your payslip if you can only get £3-£4 into your pocket? Charged with enforcing the minimum wage, HMRC had its number of targets increased and resources reduced. Hence its focus on big wins rather than time-consuming investigations into small suppliers.

Unfortunately, enforcement strategies by the government as well as brands have tended to focus on compliance in supplier factories, while disregarding how brands shape the supply chain in the first place. Brands, for example, regularly audit the work and employment conditions of their suppliers (through in-house or third-party teams), an exercise that is too often about risk management and plausible deniability rather than sustainable purchasing practices and remediation. More worryingly, social audits are fraught with conflicts of interest. As brands could economically benefit from labour exploitation, it seems improper that they can choose the quality of their supplier audits, let alone keep their findings under wraps.

To state the obvious, the garment supply chain is dysfunctional. It operates on exploitative commercial and employment practices which, while there may be individual winners, undermines any efforts at investment and industrial upgrading and damages the industry as a whole. As a result, established brands that took advantage of a re-emerging UK industry a few years ago are considering leaving again as they are frustrated by the lack of enforcement. The multi-stakeholder Ethical Trading Initiative has valiantly insisted on tackling the intricate links between exploitation and supply chain practices, but found it difficult to establish a critical mass of industry support.

Taking into account lessons from elsewhere, there are a number of key ingredients to a solution. Transparency, for example through the publication of supplier lists (as many leading brands already do), is integral to spotting abuses and also helps consumers and investors. Furthermore, workers, their community organisations, trade unions and independent civil society groups have to be central to the governance of the supply chain. Ultimately it is workers who know best what rate they are paid, whether their passport is in their own or their employer’s drawer. Finally, accountability needs to be embedded in order to build momentum. This could be achieved by establishing joint liability of brands and suppliers for what happens in their supply chain (as mooted by the former director of the government’s Labour Market Enforcement) or enforceable agreements between brands and labour organisations on working conditions in supply chains.

If the last few months have shown anything, it is that many established “values”, “codes” and “robust systems” have failed to pick up some fundamental violations. It is time for a transparent, inclusive, accountable approach.

Restaurants are in ‘fight mode’ as they cope with pandemic, Dunkin’ Brands CEO says

Think Beyond The Classics, Explore Six Types of Engagement Rings