Even among the gloriously haired group of Hollywood A-listers, Timothée Chalamet stands out. The recent GQ cover star can do whatever he likes with his hair: slick it back, revel in its dampness, frizz it towards the heavens, or wear his curls cropped tight. But the man with arguably the best hair in the world often decides to do something unusual: he decides to cover it with a number of hats. You have to think: to cover up hair like that, these must be some damn good hats.

You’d mostly be right! Chalamet wears hats embroidered with Roger Federer’s logo, others with musical titles in crisp lettering, some with magazine logos, another repping a cutesy celeb-destination market, and one more with the crest for the London soccer club Chelsea. What stands out from this melange of caps is how posh they are—the hats pronounce his love for Wimbledon hero Federer, a bougie Los Angeles market, and a glitzy soccer franchise. They are straightforward, too: like any good ballcap they express fandom, even if in Chalamet’s case that is extended to musicals or magazines.

But those aren’t the hats Chalamet wears with the most frequency. No, those live in a different zone altogether. The caps he wears most often come from Rowing Blazers, the downtown New York brand with a heavy expelled-from-boarding-school vibe. Over the years, Chalamet’s worn several of the brand’s hats, including the Bath Club (featuring a leaky faucet), the Siren (with a drawing of a naked woman emerging from the sea, presumably a reference to The Odyssey), and the Derry Bones (a bored-looking skeleton hangs on the hat). 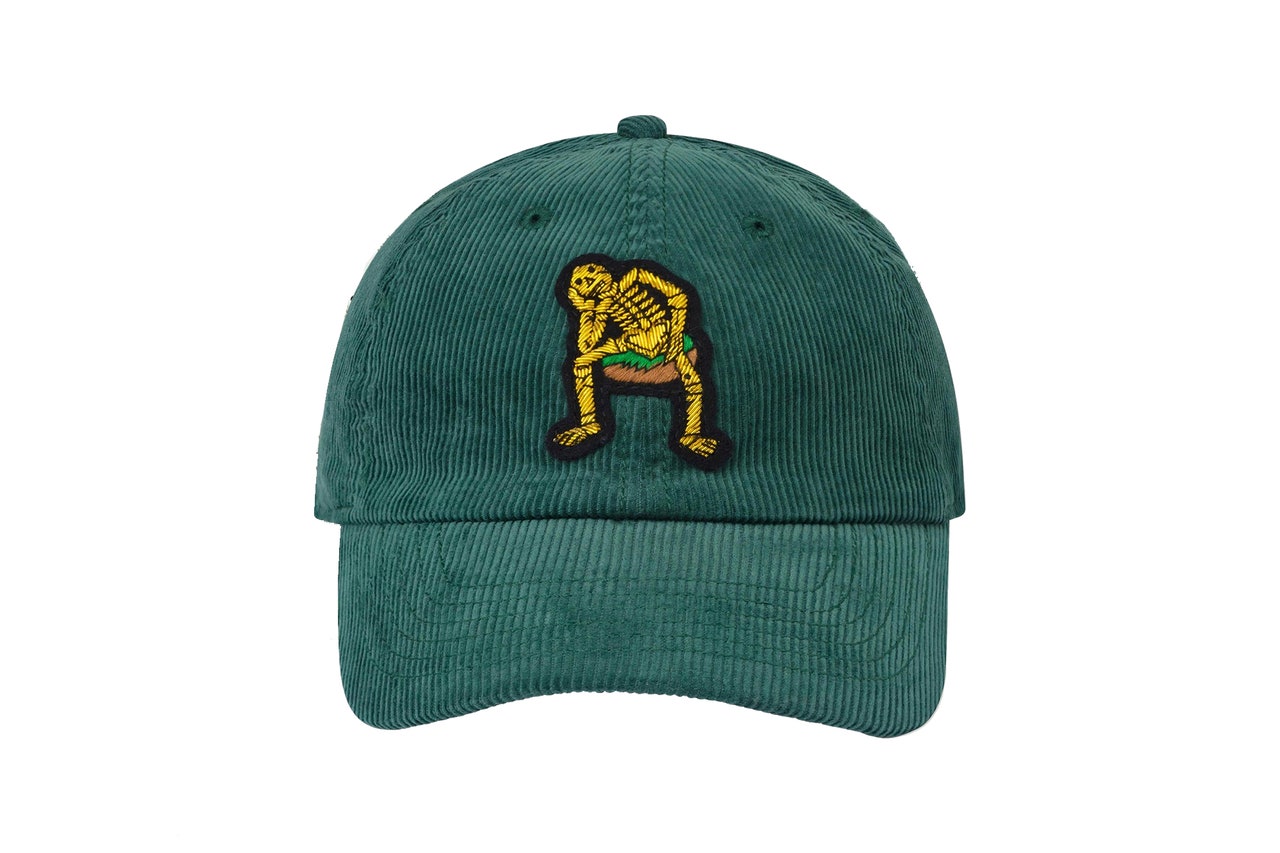 Rowing Blazers’ entire M.O. is tweaking prep’s moldy norms. Founder Jack Carlson releases tweed blazers and rugby polos weekly, the same way Supreme puts out box-logo tees. He gets incensed messages from prep’s self-appointed and misguided guardians over the diverse cast of models he features in lookbooks, and plays ironically and without constraints with prep’s strongest signifiers (other non-Chalamet hats simply feature the word FINANCE, for instance). And in Chalamet’s hands (or on his head), a punky-preppy Rowing Blazers hat is a note-perfect accessory.

Chalamet’s hats resemble the doodles a boarding school miscreant might get away with in class. The woman on the Siren references an English 101 stalwart, but also: hehe, boobs. The Derry Bones cap takes its icon from the crest of the Northern Ireland town of Derry, but also, c’mon it’s a skeleton that looks just as bored by W.B. Yeats’s “Lake Isle of Innisfree” as any other required reader. Chalamet, with his immaculate bone structure and nearly hairless visage, already has that pristine just-returned-from-finishing-school air about him—there’s a reason Wes Anderson said he fit so seamlessly into his twee universe. These hats aren’t so far from what Chalamet naturally projects, but they tweak our expectations just enough. Sure, he went to cotillion—but he raided dad’s brandy cabinet before the final ball.

Carlson, for his part, is mostly serene in the face of one of Hollywood’s biggest current stars repeatedly wearing his gear. “It’s cool,” he says. “He’s someone I admire. He’s extremely talented and has great taste.” He also notes that Chalamet and former girlfriend Lily-Rose Depp have popped by the brand’s store in New York. 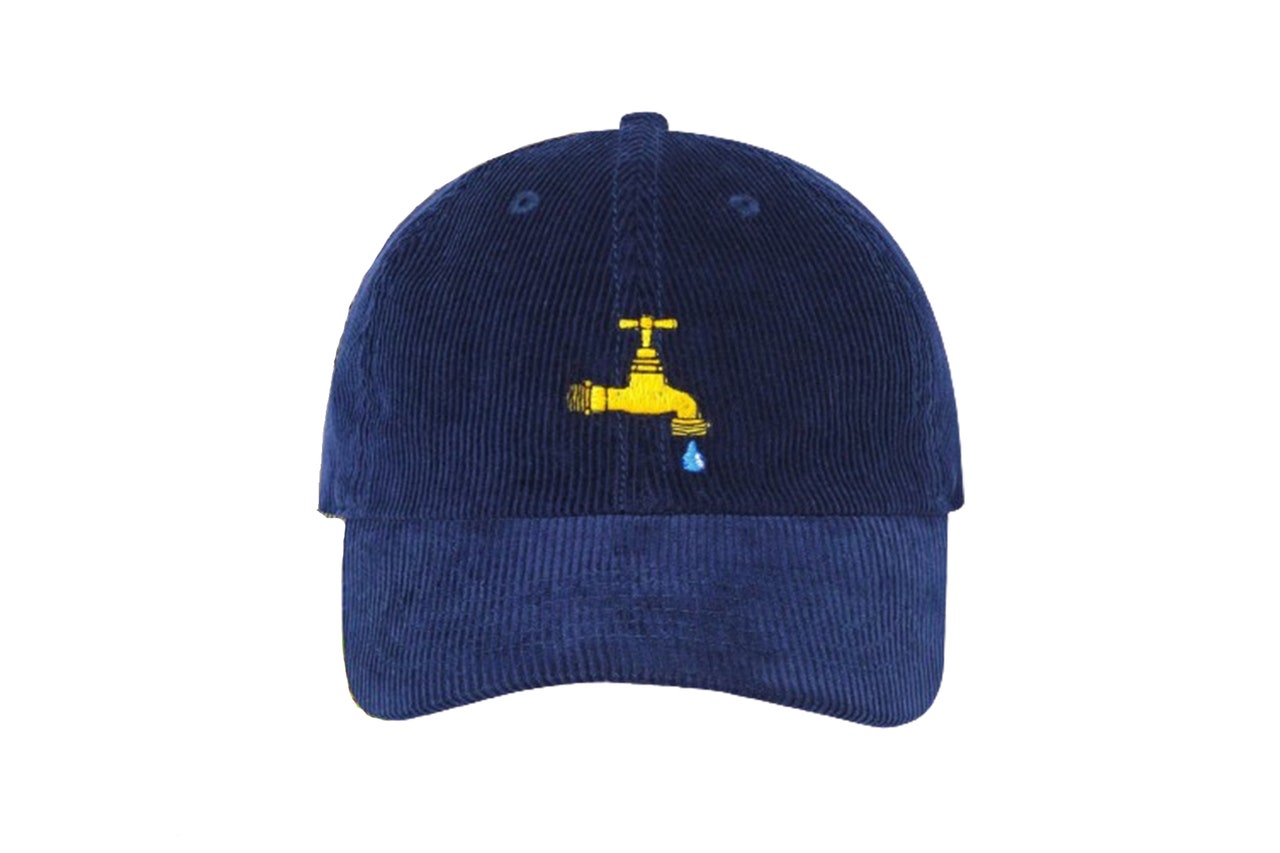 For Chalamet, the hat might be less about inverting the codes of prep (okay, it’s almost definitely not about inverting the codes of prep) than it is finding hats he likes to partially disguise himself. The cap has been part of the famous-person uniform since people have been famous, and Chalamet himself professes to using a get-up involving a bucket hat to avoid being constantly harassed and interrogated in public. I’ve done a lot of hand-wringing about how outrageous it is for someone with Chalamet’s hair to cover it up, but that can probably feel essential with a flow as recognizable and famous as Chalamet’s. Like a prep schooler dispatched to boarding school, Chalamet probably can’t escape the institutions he’s now a part of but while he’s here he may as well rebel inside of them.

This $36 Amazon Dress Gets Me Stopped on the Street