Skip to Content
Home / Fashion / Women's Fashion / This Is the Only Trench Coat I Own, and I Always Get Compliments on It 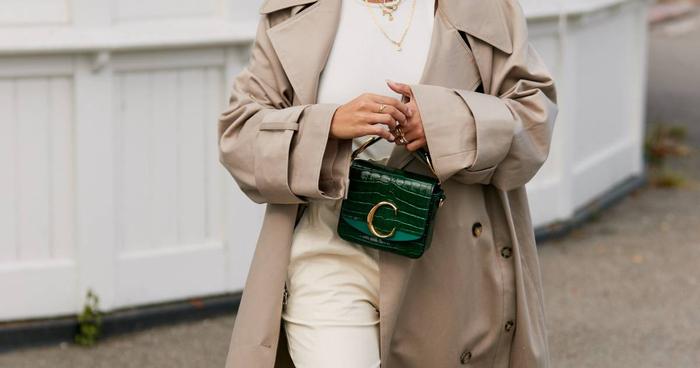 Some people dream about the perfect wedding dress. As for me, I used to dream about owning the perfect trench coat—namely one of Burberry’s iconic designs. Don’t get me wrong: I did love my actual wedding dress, but honestly, I’ve not looked at it in five years since I wore it. My trench coat, which I bought from Vestiare Collective a year after I got married, however, has been worn countless times (and I always get compliments on it). In fact, I wore it when I interviewed for my role at Who What Wear, and it was given an approving comment. (I’m still convinced it helped me get the job.)

The reason it’s such a great investment is that it goes with everything in my wardrobe. Plus, they never change—they’re almost identical to when they were created 100 years ago. Which makes sense: It wasn’t designed with fashion in mind. Much like other garments now considered timeless (jeans, bomber jackets, etc.), it was created out of necessity. The British army needed coats that were more lightweight but weather-resistant, and thanks to Thomas Burberry’s discovery of waterproof gabardine cotton in 1879, the designer was approached to create the new coats for the army. The garment was then worn throughout World War I by soldiers fighting in the trenches (hence the name).

Biden Announced He Will Release All Available Vaccine Doses—What Does That Mean for Access?

Why Amanda Gorman’s Headband Joins Others in Fashion History

Everyone Is Gay on TikTok