We asked 24 of our favorite minds—including Robert Pattinson, Dua Lipa, Offset, Desus + Mero, and more—what they’re discovering about art, and about themselves, in this age of isolation. See how they’re all staying creative in the time of quarantine here.

Thom Browne has worn one of his signature shrunken suits nearly every day since he started making them, almost two decades ago. So he wasn’t going to let the coronavirus pandemic stop him, not even after Governor Andrew Cuomo’s stay-at-home order spurred millions of New Yorkers to reach for their comfiest drawstring pants. “Wouldn’t you be disappointed if I said I was sitting here in sweats?” Browne said over the phone in mid-April. “I like structure, so I like the idea of treating the day like any other day. I still do some type of exercise, and then I get dressed. I think it’s nice to keep a sense of normalcy.”

When Thom Browne says “normalcy,” he means it. Some designers find inspiration in the euphoric fashion of ’90s underground club kids; some look to the gender-bendy codes of ’70s rock-and-roll gods. Browne has built a fashion empire on a style subculture that is less sexy but no less potent: midcentury white collar office workers. Even though Browne can’t go to his garment-district showroom—with its poured terrazzo floors, marble Florence Knoll tables, and metal blinds—he still clocks in every morning. The week we spoke, he had begun sketching his spring-summer 2021 collections out of his apartment on Central Park West, where he lives with his partner, Met Costume Institute curator Andrew Bolton, and his canine muse, a wirehaired dachshund named Hector.

Browne usually designs eight collections—encompassing over 200 looks in total—per year. So while we’ve been busy tending to our sourdough starters, he’s been getting a head start on the clothes that under normal circumstances would be presented at the fashion shows in June and September. “I don’t mind being home,” Browne said. “I very rarely do more of my creative collection work in the office, anyway. I have an amazing team, and honestly all of us joke that we’re probably busier now than even if we were in the office.”

Browne’s creative process has always been something of an enigma. His famously provocative runway shows take classical tailoring down rabbit holes into kinkier and more avant-garde territory. In recent years, they have featured a flock of models wearing full bird of paradise plumage, a ballerino in a seersucker tutu, and a ghostly 10-foot-tall unicorn puppet prancing down the catwalk. But Browne has revealed little about how an idea travels from his imagination to cloth.

Until now: Every Thom Browne collection starts as a series of interpretive geometric sketches that represent the shapes and proportions in the collection. “I’ve always used this method,” Browne said. “I never get locked into a specific fashion sketch, per se, at the beginning. I like collections to start from proportion and basic shapes, and then we work it into something more realistic after.”

The sketches might look more like Philip Johnson floor plans than the makings of something you might wear. That’s because they’re closer to blueprints than garment patterns. A square could represent a short jacket; a rectangle, a larger piece of outerwear; a triangle, a skirt. It’s slightly inscrutable to the observer, but Browne, who has figured out how to make LeBron James look cool in a shrunken suit, has an uncanny sense for balancing shapes. These sketches reveal the abstract and artful thinking that goes into developing his masterful mash-up of radical and traditional.

Browne demurred when asked to decode his sketches, but in the face of the coronavirus pandemic, one thing is certain: The next Thom Browne collection, however and wherever it is shown, will be in conversation with the crisis. “I don’t like to get overly political with my collections. But you can’t not comment on it,” he said. “[The crisis] has definitely influenced how I want people to see the men’s and women’s collections coming up. Because it’s not some little moment in time. It’s something that all of us will remember for the rest of our lives.” But don’t read a somber note in Browne’s sketches. “I’m not specifically toning down the collections, but I’m definitely showing them differently, and showing them in a way that you sense the moment we’re living in,” he continued. “People still want to see interesting ideas, and I think that’s the responsibility of being a designer. People want to see something new, especially since the dystopian time we’re living in has been somewhat heavy. I think there is a little bit of ‘Okay, we’re getting through this—it’s time to see something beautiful, and something provocative, and something intellectually stimulating.’ ” 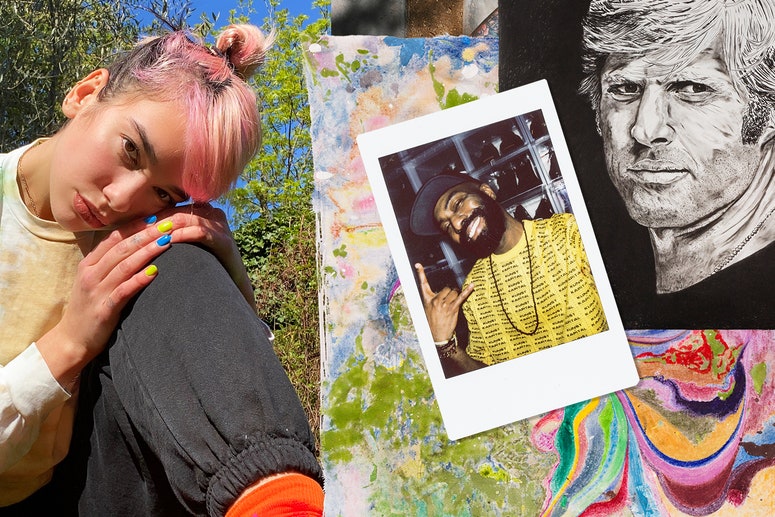 24 Great Minds on Being Creative in the Time of Quarantine

Dua Lipa, Ottessa Moshfegh, Desus & Mero, Offset, and more share with GQ what they’re discovering about art, and themselves, in this moment of isolation.

By The Editors of GQ

The Lightweight Autumn Layer You’ve Ignored For Too Long