Skip to Content
Home / Fashion / Women's Fashion / Unravelling Fashion, Beauty and Trauma in I May Destroy You 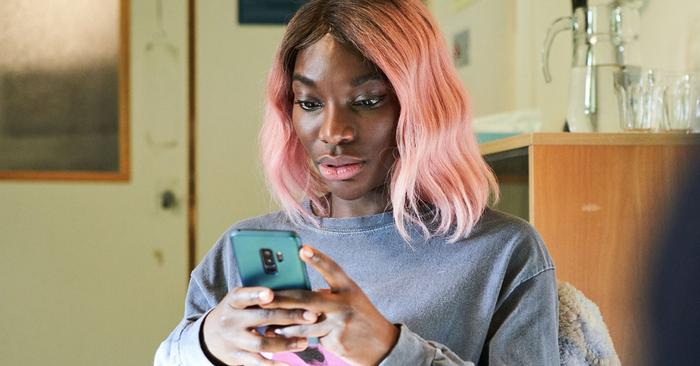 For those not already familiar with Coel’s work, the 32-year-old had her breakout moment in 2014 with her one-woman show, Chewing Gum Dreams, which debuted at the National Theatre in London. Following rave reviews of the play, Netflix approached Coel to adapt it into a series, which ended up ushering her character, teenage Tracey Gordon, onto screens and into hearts around the world in 2016. Devastatingly, it was while writing season two of Chewing Gum that Coel experienced the assault that led to the creation of I May Destroy You. While both series share similarities—the exploration of friendship, sexuality, and Coel’s creative genius, of course—the emotional takeaways for viewers are profoundly different: Chewing Gum made me laugh so hard I cried; I May Destroy You made me think so deeply that I couldn’t sleep.

Two of the critical differences, however, are not actually tied to the narrative of either story. Rather, they stem from the agency Coel had as an executive producer on I May Destroy You and the fact that she retained ownership of her creation. “I had a brilliant time making Chewing Gum,” Coel recalls. “But I knew that in order to … create this story, I would have to fight a lot.” She laughs, noting, “With I May Destroy You, I didn’t require any fighting techniques, so that was good.” In fact, the BBC, which produced the series, presented Coel an offer she couldn’t refuse. According to Coel, she approached this project with a different mindset. “I was very lucky this time around because I knew that I was valuable and that if I pressed for something, the show couldn’t go on without me,” she shared.

Despite having honed her “fighting techniques” on previous projects, the BBC proved to be an unnecessary sparring partner. Not only was the BBC happy for Coel to write the entire series, but it also wanted her to star in it, direct it, executive-produce it, and maintain ownership rights over the original content. “This was a dream. … They really gave me what I needed, which is still quite hard to fathom,” she says, smiling. In addition to having more agency behind the camera, Coel advocated for both a full-time therapist on retainer for cast and crew members as well as an intimacy director, Ita O’Brien, to create a safe and supportive atmosphere on set.

Why Is My Uncle So Mad About Student Debt Forgiveness?